The Sami heritage and home village Čoalbmi (Salmi) meant a lot to Börje Salming. He is now mourned by his friends in his home areas. - We had planned to go to Ribasjávri and fish as we used to, but now there will be none of that, says Börje Allas in Talma Sami village. 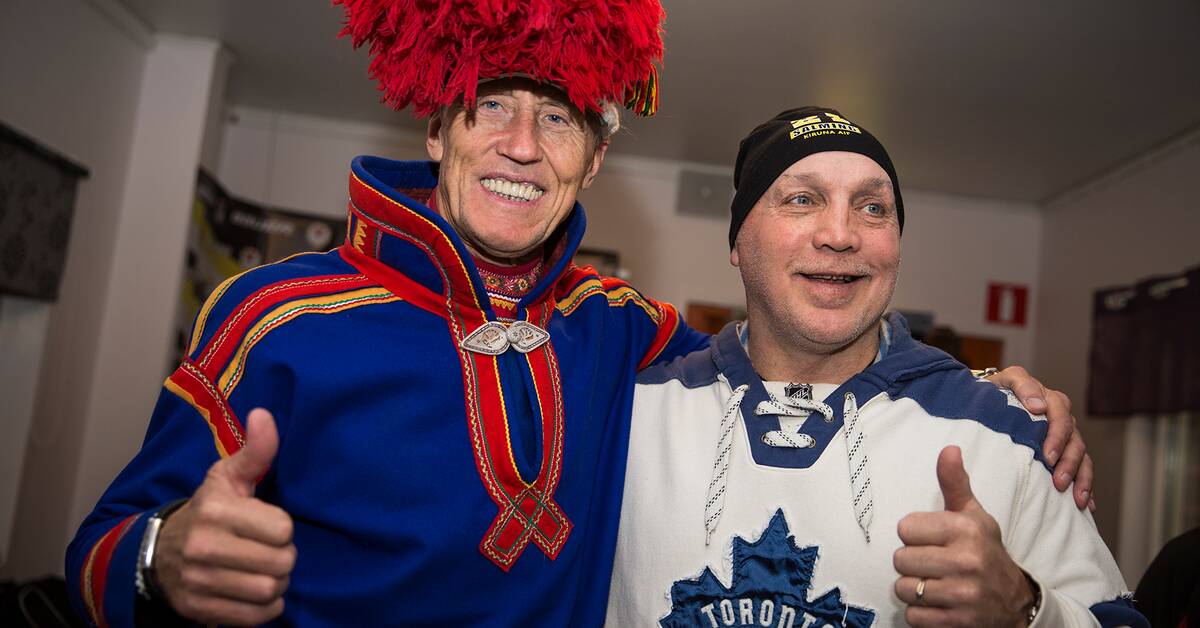 Although Börje Salming may be known to most people only for ice hockey, he was significant in several ways within Sápmi.

The area around his home village of Čoalbmi on the north side of Torneträsk was close to his heart.

There he often returned.

And the people in the neighboring villages remember him with warmth.

The Sami was important to Börje, even though he initially called himself half-Sami, Börje Allas tells us.

- I worked at the Sami sports association and we would court the government to get more money for Sami sports.

And then Börje Salming came along to that meeting, he says.

Börje Salming then asked if it was okay to come along even though he was half Sami, as he called himself.

- There are no half people, I said to Börje.

Either you are a Sami or you are not at all.

After that, Börje said he was Sami, says Börje Allas.

- Börje thanked me and said it felt good.

To be a whole person.

Börje Salming when he wooed the government office together with Börje Allas and Dessan Pitssa in 2005. He then got involved to help SSIF, the Sami's Swedish Sports Association, get more money for Sami sports.

Börje Salming was also present together with his brother Stig to support the Sami village.

For lawyer Camilla Wikland, it was a special event.

- When the closing arguments were finished in the courtroom, Börje started to applaud, but was silenced.

Afterwards, Börje said that he could not understand why people were not allowed to applaud in the courtroom.

You should be able to show appreciation, he thought, says Camilla Wikland with a warm laugh.

Salming at the Sami SC

That sports were important to Börje is not news, and Sami sports were also close to his heart.

The last time he visited the Sami championships was when it was held at Matojärvi in ​​Kiruna in 2017. He was at home in Kiruna at the time visiting his mother Karin, whose house is next door to the sports field.

SVT Sápmi's reporter remembers that Börje Salming drove over to the sports field.

And that he kept a very low profile and put a lot of focus and time on the younger Sami athletes who dared to approach him.