Cristiano Ronaldo has rarely gone very far in the World Cup with Portugal, apart from a semi-final in 2006, but he will go down in history as the first player to score... 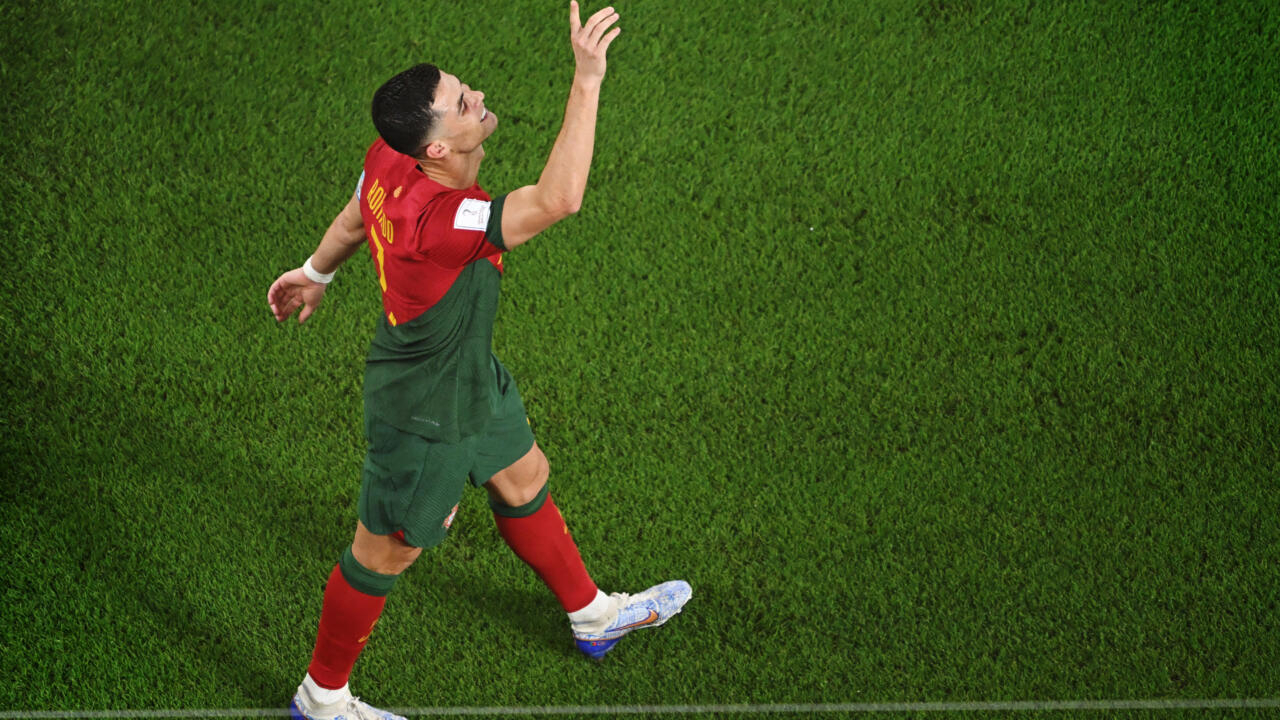 "CR7", author of a goal on penalty against Ghana on Thursday, scored his eight goals in the group stage.

He is still waiting to be decisive in the knockout matches.

Cristiano Ronaldo opens his counter in the group stage against Iran by scoring Portugal's second goal against Iran (2-0), on a penalty.

The Seleçao, vice-champion of Europe two years earlier, will go to the semi-finals, beaten by France (1-0).

But Manchester United's rising young star, then 21, would not score again.

The tournament marks the final handover between Figo, who will retire from international football after this World Cup, and Ronaldo.

Ronaldo, with his first of five Ballons d'Or in his pocket (2008), only scored once in South Africa.

He signs a gag goal in the group stage against North Korea (7-0), the ball having rolled over his neck and his head before returning to his feet, in front of the empty cage...

But Portugal remains silent during the two other matches against Brazil and Ivory Coast (twice 0-0) and falls in the round of 16 against Spain (1-0).

Bitter defeat for the star then playing at Real Madrid: "How do I explain it? Ask Carlos Queiroz", the Portuguese coach, he complains after elimination.

Ronaldo had single-handedly brought Portugal to the World Cup by scoring the four goals of his selection in the play-offs against Sweden (1-0, 3-2).

In Brazil, in a strong group, Portugal is however humiliated from the start by Germany (4-0), with a transparent Ronaldo, and eliminated in the first round despite a useless final victory against Ghana (2-1) .

CR7 scores the winning goal against the "Black stars" but does not celebrate this unique goal of a failed World Cup.

In Russia, Ronaldo started strong by making the Olympic Stadium in Sochi his garden with an exceptional hat-trick that was remembered against Spain (3-3).

He then becomes the oldest player (33 years and 4 months) to score three goals in a World Cup match.

Ronaldo then continues with another goal against Morocco.

But this World Cup in his hand skids again in the round of 16 with a defeat against a realistic Uruguay (2-1).

A Celeste that he finds again this year in Qatar.

In Qatar, Cristiano Ronaldo started the competition in the unusual shoes of a player without a club after the divorce was officially announced by Manchester United, two days before Portugal's debut against Ghana.

Ronaldo invited himself to the press the day before to ensure that the open conflict with the Red Devils "would not shake" the Portuguese selection.

He, in any case, shows that he remains focused on the field with this first goal against Ghana, scored on a penalty that he himself obtained.