The Lebanese parliament failed, for the seventh time, to elect a new president to succeed former President Michel Aoun, whose term expired at the end of last October. 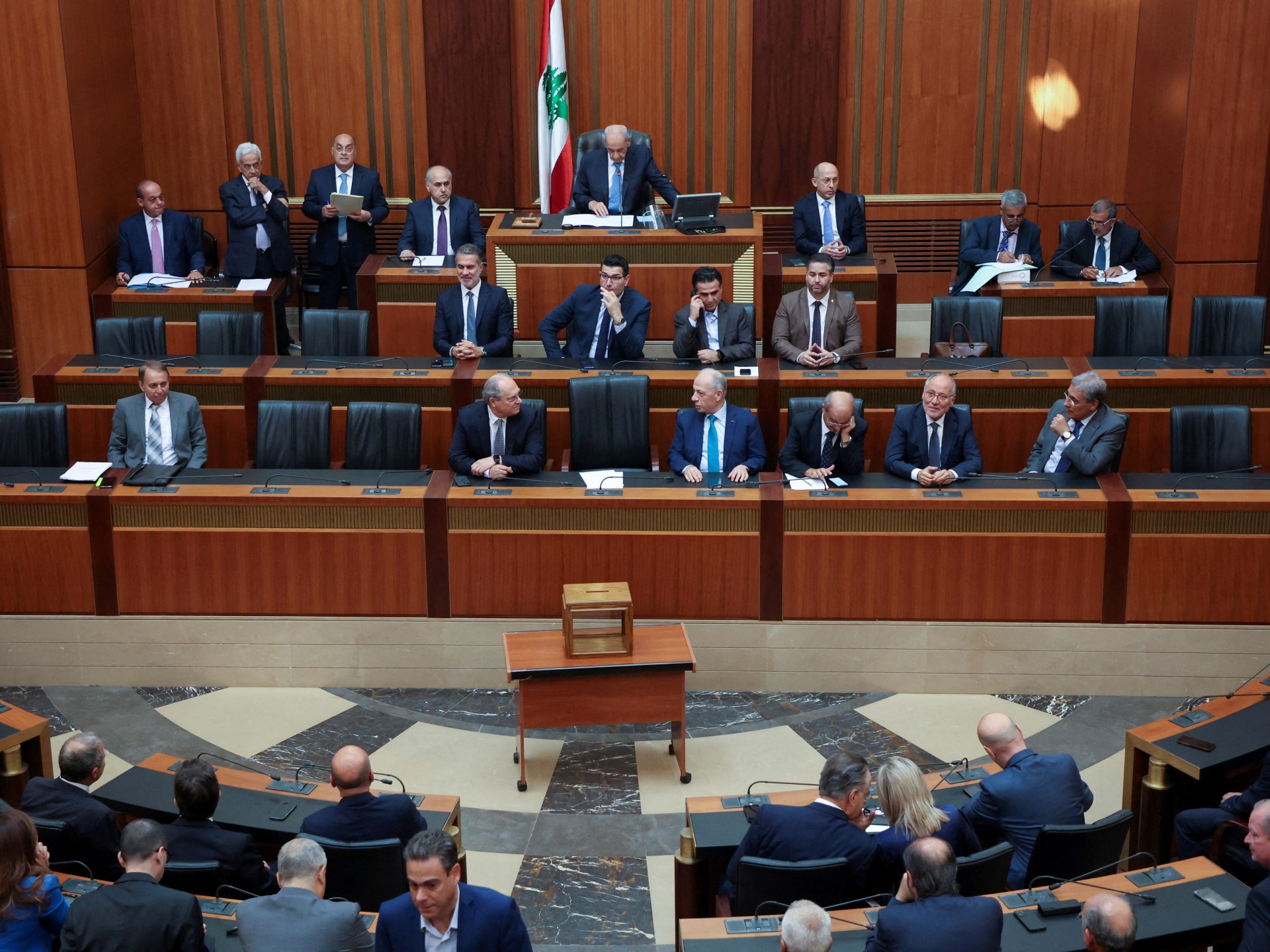 The Lebanese parliament failed, for the seventh time, to elect a new president to succeed former President Michel Aoun, whose term expired at the end of last October.

And it was not possible for any of the candidates to obtain two-thirds of the votes of the deputies in the first polling round in today's session, which lost its constitutional quorum in the second polling round.

The parliamentary session was attended by 110 out of 128 deputies, and Michel Moawad, who is supported by the Lebanese Forces led by Samir Geagea and other blocs, including the Druze leader Walid Jumblatt's bloc, got 42 votes.

Issam Khalifa also received 6 votes, and two votes for Ziyad Baroud, and Badri Daher - the former Director General of Customs - got one vote, while 50 deputies voted with a white paper, and one paper was canceled, and 8 papers bore the phrase "New Lebanon".

Parliament Speaker Nabih Berri has set next Thursday a date for a new session to elect the president.

According to Article 49 of the constitution, the president of the country is elected in the first voting cycle by a two-thirds majority (86 deputies), and an absolute majority (half + 1) is sufficient for the following sessions.

Parliamentary blocs accuse Hezbollah and its allies of obstructing the election of the president by voting with white papers in the first round and then withdrawing so that the quorum for the second round is not completed, while party officials say they want a president who does not stab the resistance in the back, as they described it.

Parliament had previously failed 6 times to elect a president for the country during sessions on September 29, on October 20 and 24, on the third and tenth of November, and on the 17th of the same month.

The consensus on electing a new president for Lebanon awaits, according to observers, regional and international consensus.

The Lebanese president's term of office lasts 6 years, not renewable, and he may not be re-elected until 6 years after the end of his first term.

The constitution does not oblige those wishing to run for the presidency to present nominations in advance, as any deputy can elect any Maronite Lebanese (according to the prevailing custom of sharing powers sectarianly), provided that there is nothing to prevent or conflict with basic conditions such as age and criminal record.

The presidential vacuum coincides with the existence of a caretaker government that is unable to take necessary decisions, and at a time when Lebanon has witnessed, since 2019, an economic collapse that the World Bank has ranked among the worst in the world.