The high prelate will be questioned in the trial linked to the financial scandal, in which he is accused of embezzlement together with the former manager from Cagliari Marogna 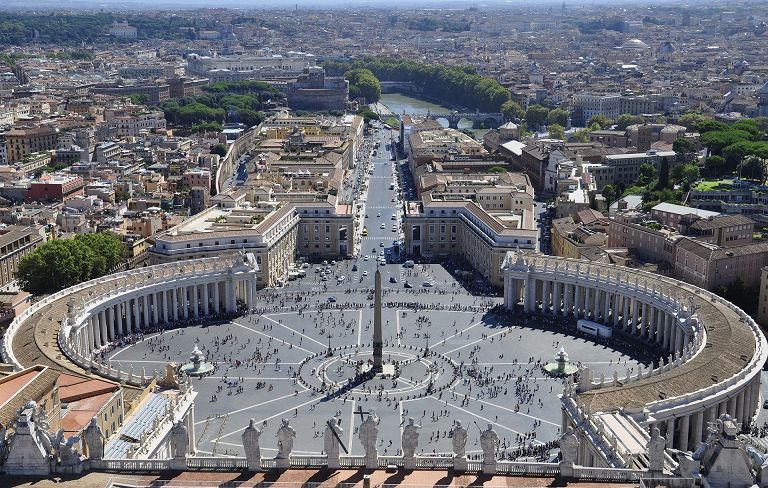 The high prelate will therefore be able to be questioned in the Vatican, in the process linked to the financial scandal, on the sale of the London building on Sloane Avenue, and will be able to testify on the story linked to Cecilia Marogna, the international relations expert who was appointed by the secretariat of state , to act as an intermediary for the payment of the ransoms of the missionaries kidnapped in Africa.

At the beginning of the hearing of the process on the management of the funds of the Vatican Secretariat of State, the president of the Tribunal,

had read out the response of the Secretariat - signed on March 24 by Cardinal Pietro Parolin - on the existence of the pontifical secret raised by Becciu, a secret to which he would have been bound and which would have prevented him from answering the story in which he is accused of embezzlement together with the former Cagliari manager Marogna.

The consent of the Holy Father - through Parolin - releases Cardinal Becciu from papal secrecy.

The next hearing will be on April 5

, with the interrogations of Renè Brullhart and Tommaso Di Ruzza: former managers of the Aif, today Asif, the Financial Supervision and Information Authority, the institution of the Holy See and of the State of the City of Vatican for the fight against money laundering and the financing of terrorism).

In the afternoon, Monsignor Mauro Carlino (former secretary of Cardinal Angelo Becciu and of Pena Parra) should be heard again.

who at that point, if he wishes, will be able to answer on the story linked to Cecilia Marogna.

The Pope has relieved him of papal secrecy.

In the context of the hearing of the trial, on the management of the funds of the Secretariat of State, during the interrogation of the Vatican official Monsignor Mauro Carlino it was reported, both by the president Pignatone and by the assistant promoter of justice Alessandro Diddi, that "a proceeding on the financing of the CEI to the Sardinian diocese of Ozieri.

For other loans to the same diocese and to the Spes Cooperative, the operative arm of the local Caritas - run by his brother Antonino -, Cardinal Angelo Becciu is accused in the trial."

as part of the Vatican investigation resulting from the purchase of the building on Sloane Avenue in London whose trial began on 27 July last.

An investigation that would have brought to light a series of "speculative operations" financed also with money for the poor directly available to the Pope, those from St. Peter's Pence, leading to millionaire losses for the Holy See.

These are the former Substitute of the Secretariat of State, Angelo Becciu, his former secretary Monsignor Mauro Carlino and his trusted woman Cecilia Marogna, the financiers Raffaele Mincione and Gianluigi Torzi, the former director of AIF, Tommaso Di Ruzza and the president René Brulhart, for whom, however, we proceed separately, the former Vatican finance manager Enrico Crasso, the lawyer Nicola Squillace, as well as four companies, one from Marogna and the other three attributable to Crasso.