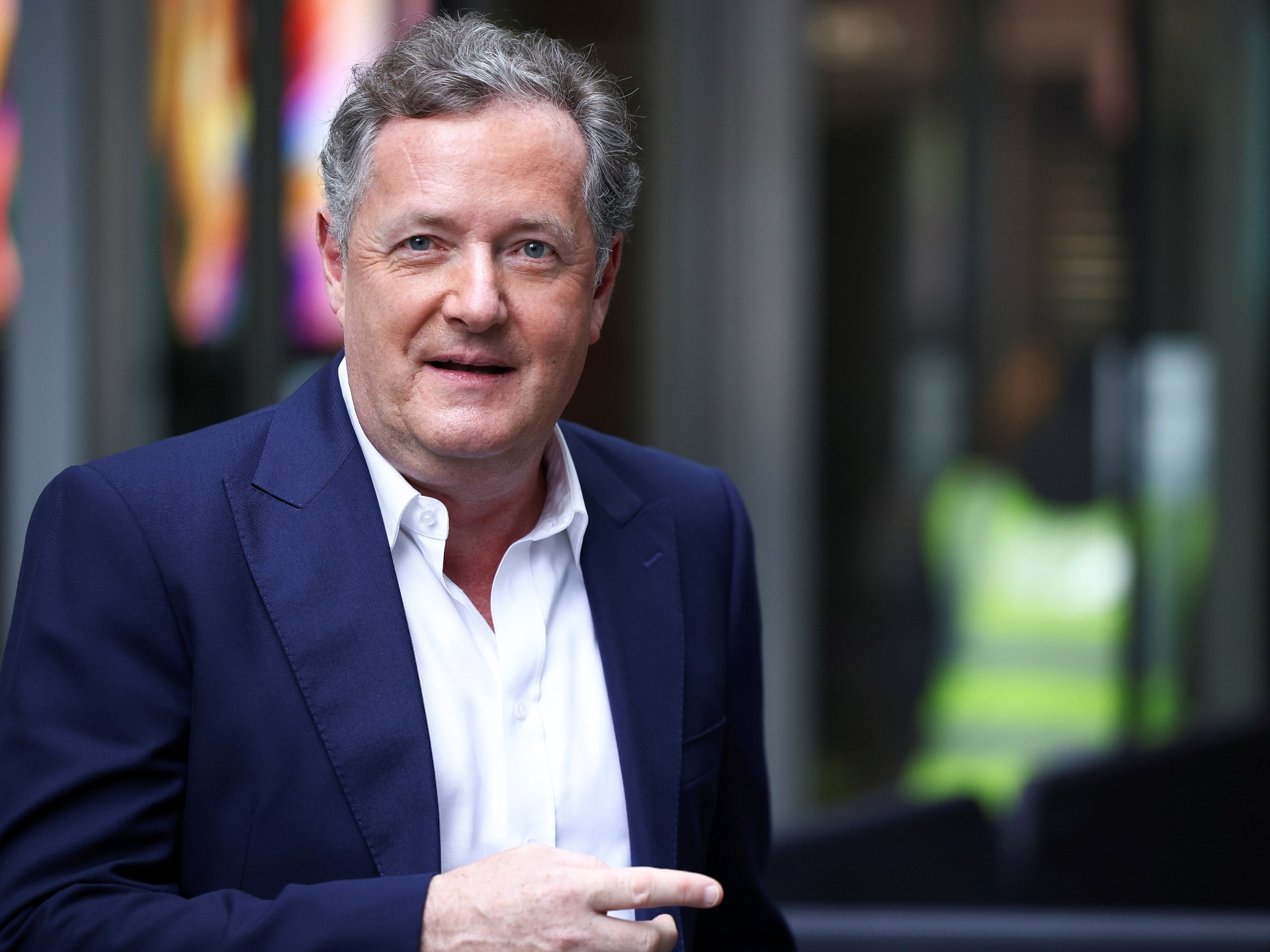 - The famous British journalist Piers Morgan is waging a fierce campaign against what he calls the "hypocrisy" practiced by some of the media in his country regarding the World Cup in Qatar.

The journalist - who is considered among the most famous in the world - did not hesitate to direct arrows of criticism for the way to deal with this championship, and insist on focusing on political or human rights issues.

Piers Morgan does not miss any press interview without showing the contradictions in which the media and some British official bodies have fallen, stressing that his country "is the last to provide moral lessons to others."

Despite the sharp attack against Morgan on social media, especially Twitter, this did not prevent him from expressing his critical positions of the media campaign against the World Cup in Qatar, and whoever knows Piers Morgan well knows that he does not back down from his positions easily, even if it cost him his position.

Millions of Britons who were waiting to follow the opening ceremony of the World Cup on the British network "BBC" were surprised by the latter's decision not to broadcast the ceremony, to show instead the famous British player Gary Lineker, speaking about the reasons for the decision, and how this is "the most controversial in the history of Championship".

The response of Piers Morgan, who tweeted on his Twitter account, was not long in coming, considering that this decision "is a terrible disrespect for the State of Qatar." The British journalist who presents the "Tok TV" program said that if "the BBC is appalled, they should return their huge army from Please come home and spare us this ridiculous hypocrisy."

Morgan asked about "the absence of this moral scruple in the World Cup in Russia, and will the BBC do that towards the United States, where discussions are about banning the sale of weapons and preventing abortion," or are only countries with an Arab culture that bother you? Why did the BBC broadcast the opening of the Winter Games in Beijing?

Are the human rights violations there not that bad?"

Piers Morgan announced that he would travel to Qatar to watch the matches of the English and American teams, and said that all discussions about the World Cup are "filled with a lot of hypocrisy," adding that - for example - "there are 8 of the 32 countries participating in the World Cup that criminalize homosexuality. Expelling them all from the tournament? This means there will be no tournament."

In one of his interviews, Piers Morgan denounced the "claim of moral purity" made by some countries, asking, "Is Britain morally clean?" "Years of atrocities and the rule of the Islamic State. Does this qualify us to host the World Cup? What is happening is sheer hypocrisy."

Piers Morgan called on people who do not like the ideas of Middle Eastern countries "not to go there," before referring in another tweet to the United Kingdom's dependence on Qatari gas for 20% of its energy needs, "and in order to show them our position, we have to tell Qatar that we do not want One of them is gas, isn't that right?!", in reference to the media person's double dealings with Qatar when it comes to the gas and energy file.

And Piers Morgan shows no indications that he will back down from the positions he expresses in his tweets and in his program, which he says focus on "not politicizing football and stop hypocritically dealing with the World Cup."

Although he faces charges of indifference to gay rights, Piers Morgan declared his refusal to "trade human rights issues, and if the national team was serious about supporting homosexuals, why did he retract their support and not carry the badge of pride? The national team had to challenge FIFA at all costs."