Clean sheets between Uruguay and South Korea. The result reflects the balance on the pitch

More aggressive Asians in the first part of the two fractions. Celeste points the finger at her bad luck having hit two woodwinds, with Godin and Valverde 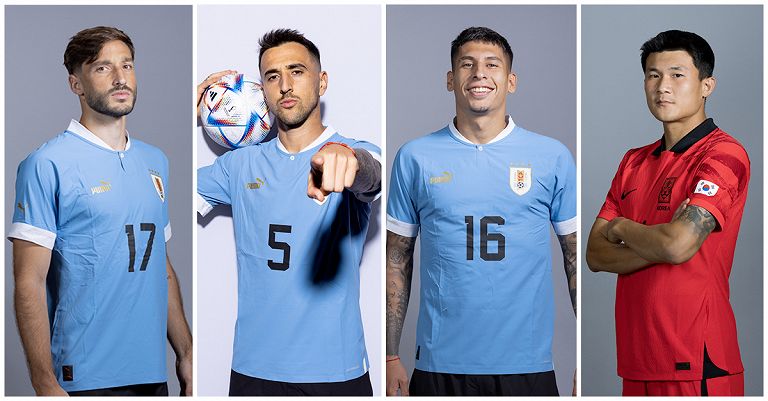 Group H could be one of the most contested groups in the World Cup. Uruguay - South Korea closes in the sign of balance, and the draw is a result that faithfully tells what happened on the green rectangle of the Education City Stadium in Doha .

Four players in all called up by the two national teams led by Diego Alonso and Paulo Bento.

In the first few bars the ball of the game is in the hands of Korea which attacks mainly on the right: Uruguay defends with order but can't find spaces forward.

At the 22nd Uruguay dangerous: Nunez fails to deflect the cross from the right to hit the net.

Great opportunity for Korea in the 33rd minute: Hwang shoots from ten meters from a precise cross from the right, the ball goes high over the crossbar.

Ten minutes later there was an opportunity for Celeste following the development of a corner: Godin headed up and hit the post right in the middle.

In the second half, the first part that follows the beginning of the match with the more aggressive Korea and the contracted Uruguay.

The swirl of changes starts from the 63rd.

Spotlights on the stars of Celeste: Luis Suarez in fact leaves the field for Edinson Cavani (ex Palermo and Naples), in his fourth World Cup.

With Cavani coming on, the Uruguay players are often looking for a cross in the center of the penalty area.

At the 78th substitutions in the sign of the "Italians": Matias Viña (Roma) enters, Mathias Olivera (Naples) leaves;

On the 81st right-footed shot by Nunez at the far post, the aim is not exact and the ball goes wide.

Eight minutes later Valverde had a great idea: dribbling and a great shot from 25 metres, the ball hit the crossroads.

But it's a question and answer: Rochet misses the clearance, the ball reaches Son who kicks with his left foot, the Tottenham forward just misses the target.

At the 94th minute Hwang tries from a distance, but the aim is imprecise.

Another 4 minutes go by and the referee, the French Clement Turpin, declares the end of hostilities: Uruguay - South Korea 0-0.