After accusing a worker from Gaza of planning to blow up a bus, Israel revokes the work permits of 200 Palestinians from the Strip

The Israeli Internal Security Agency said today, Thursday, that Israel canceled 200 work permits out of about 15,000 issued to Palestinians from the Gaza Strip to work in Israel, after accusing a worker of planning to blow up a passenger bus. 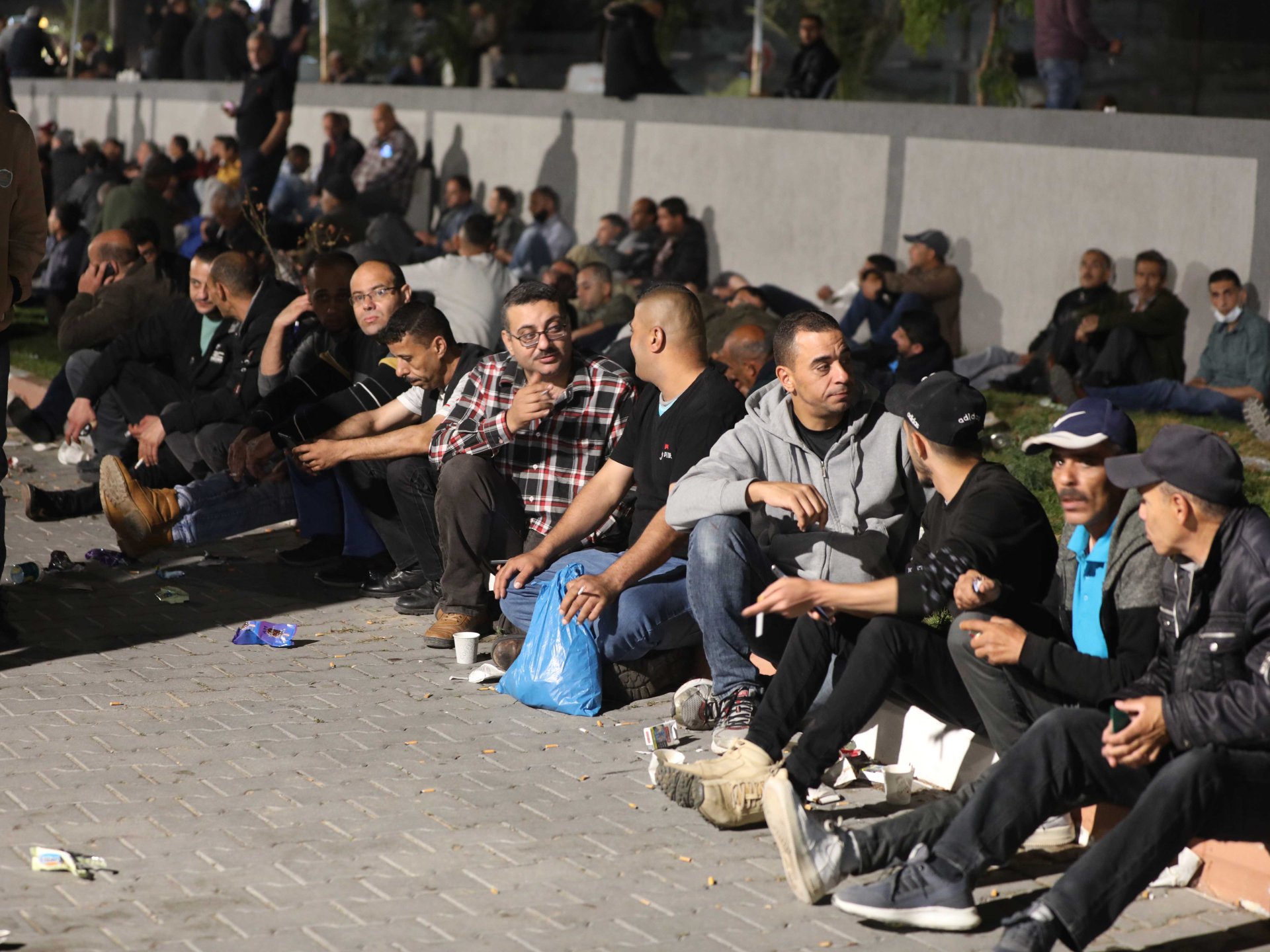 The Israeli Internal Security Agency (Shin Bet) stated today, Thursday, that Israel canceled 200 work permits out of about 15,500 issued to Palestinians from the Gaza Strip to work in Israel, after accusing a worker of planning to blow up a passenger bus.

The agency claimed that the suspect was arrested on October 30, and that he told investigators that his relatives in Islamic Jihad had recruited him to plant a bomb on a bus in southern Israel.

The security service stated that an Israeli court charged the suspect.

The Shin Bet said Israel's responses include revoking about 200 work permits for workers with close ties to Palestinian militants.

Defense Minister Benny Gantz wrote - in a tweet - that "the attempt by terrorist groups to exploit the jobs of workers in Israel to carry out attacks threatens the livelihood of hundreds of thousands of residents of the Gaza Strip."

Islamic Jihad has not yet commented on the Israeli authorities' allegations.

Gantz, a member of the outgoing centrist government, supported granting entry permits to Israel in order to alleviate extreme poverty in Gaza and defuse the conflict.

It is noteworthy that two explosions occurred yesterday, Wednesday, in the city of Jerusalem, for which no party has claimed responsibility so far, killing an Israeli and injuring at least 14 others.

Yesterday, the Palestinian Ministry of Health also announced the death of a young man who had been injured months ago by the occupation army’s bullets in Nablus, in the northern occupied West Bank, bringing the city’s death toll to 3 within 24 hours, while the Palestinian factions declared general mourning and a strike in Nablus today, Thursday.

Today at dawn, the Palestinian Authority handed over the body of an Israeli who was detained by Palestinian gunmen in the Jenin camp in the northern West Bank, after he was killed in a traffic accident in the city, and after the occupation authorities threatened that if his body was not handed over, it would return it by its own methods, in reference to the implementation of a new large-scale military operation.

For months, the occupation army has continued to carry out operations in the northern West Bank, concentrated in the cities of Nablus and Jenin, under the pretext of pursuing wanted persons, and confrontations and exchanges of fire usually erupt in each operation.

The Palestinian Ministry of Health said that the number of martyrs since the beginning of this year rose to 202, including 150 martyrs in the West Bank, including occupied Jerusalem, and 52 martyrs in the Gaza Strip.