Does the Gävleboken feel worried about possibly being raised? Is the buck really a male? What happens to it after Christmas? SVT Gävleborg asked the audience to ask their questions to the popular Gävle icon - here you get all the answers. 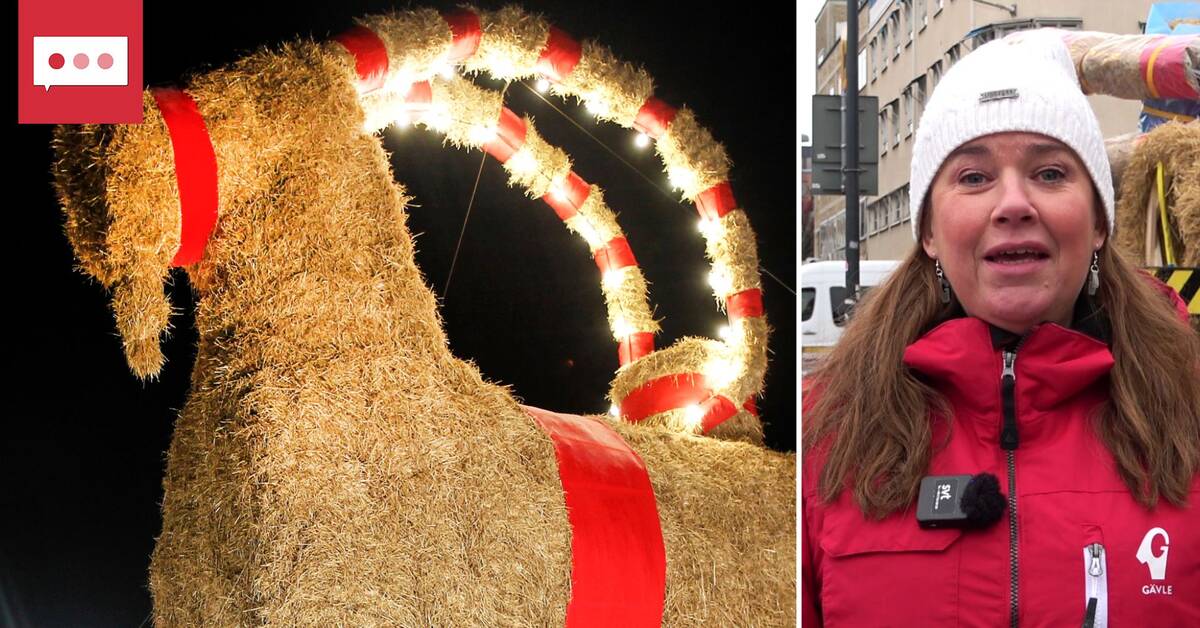 When SVT's reporter meets the goat, he is somewhat torn and lets her make his case.

From the first Advent, he himself stands in the esplanade in central Gävle to meet all curious people.

Where do you go when Christmas and New Year are over?

Are you being recycled?

- The Gävlebok sleeps when it is not in season.

But he is also recycled and becomes warmth for the residents of Gävle.

How much does it cost to build the trestle?

It differs from year to year.

How will security be this year?

- Traffic in the vicinity will be closed at the opening, as there will be a lot of people on the move.

Otherwise, extra measures have been taken together with the rescue service, because the goat is more centrally located than it usually is.

Where does the straw come from?

- The straw is a residual product from a whiskey company.

From the beginning it comes from Enköping.

How much is the goat worth?

- It has great emotional value.

Many people love him, and he loves all visitors.

People come from different parts of the country and the world to see him.

Direct questions to the buck:

Is the goat a boy or a girl?

Or does he consider himself non-binary?

- You can decide for yourself.

But a he-goat is traditionally a male, and the goat itself calls itself a male.

Isn't it cold to stand still all the time?

He has the world's biggest suit.

Do you have a fear of cows?

He is not afraid of anything.

How does it feel to stand in a new place?

He believes that many people will visit him and he loves to be admired.

Do you get angry when someone tries to set you on fire?

- He gets very sad and disappointed, but he doesn't get angry.