At the end of two intense days in Paris, the representatives of the Member States of the European Space Agency (ESA) have decided to grant it 16.9 billion euros in budget for the next three… 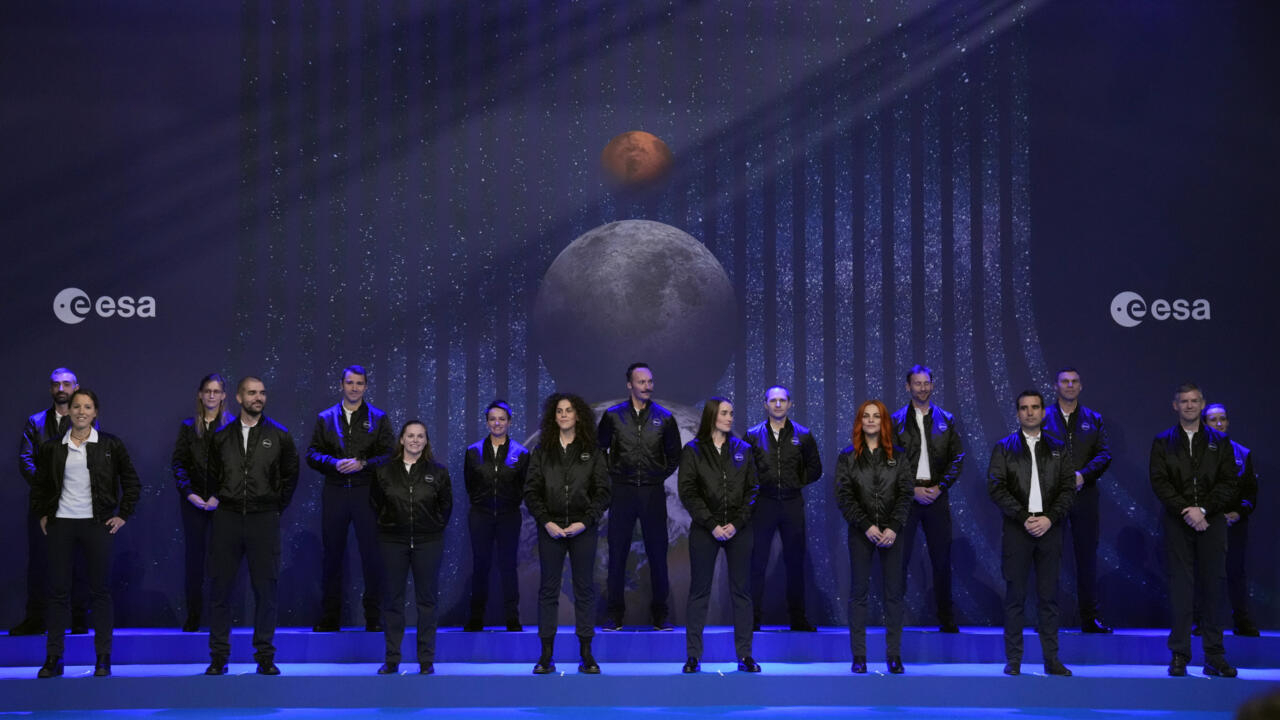 ESA presented its new class of astronauts: they are thus five to join the seven already in service, accompanied by a corps of reserve astronauts numbering eleven.

At the end of two intense days in Paris, the representatives of the Member States of the European Space Agency (ESA) decided to grant it 16.9 billion euros in budget for the next three years.

The agency also presented its new promotion of astronauts.

Every three years, the European space world holds its breath.

» of the ESA is indeed an event which punctuates the life of the agency for the following years.

For two days in Paris, the representatives of its Member States met to define its budget and the programs it will have to follow for the next three years.

And the ESA arrived with an ambitious request: a 25% increase in its budget for a total of 18.5 billion euros.

For its managing director, the Austrian Josef Aschbacher, it was indeed a question of not missing the bandwagon, in a very competitive sector dominated by

After tough negotiations, the account is not there: it is thus 16.9 billion euros which have been granted.

Satisfaction was however in order, it is still an increase of 17% compared to the last financial year.

It's something quite remarkable given the context

There is still Covid-19, the effects of which are still being felt for many.

Despite these circumstances, I am impressed that we have succeeded.

In fact, this increase will make it possible to secure the main ESA programs, particularly in terms of scientific missions, telecommunications, and even satellite navigation.

To read: Europe will be able to strengthen its autonomy, its leadership and its sustainability in space, thanks to the budget granted to ESA today, up 17% compared to that of the Council session in Ministerial level of 2019 👉 https://t.co/AF4dh38bCv pic.twitter.com/L5mtP4741I

However, there were still many unknowns.

The one-year postponement of the inaugural launch of the new Ariane-6 rocket entails additional costs.

The equation was then missing nearly 200 million euros, they were secured.

The other pending project concerns Argonaut, an automated cargo ship capable of sending heavy loads to the Moon.

The project has been validated, the first studies will be able to begin and we expect a first launch at the beginning of the 2030s.

Still in the field of exploration, but this time towards Mars, the Council of Ministers agreed to save the ExoMars mission.

This is a very ambitious project which plans to send the rover Rosalind Franklin to the red planet to unearth and study possible traces of past life.

The machine is ready, it was to take off in September, but aboard a Russian launcher.

The mission was indeed a partnership between ESA and its counterpart Roscosmos, abandoned since the start of the war in Ukraine.

Since then, all options have been considered, such as reserving a place for it in the museum, but in the end 360 million euros were negotiated to take over the project.

ESA will be able to start developing a European lander, for which NASA should provide support.

To read also: Space: the largest impact crater ever observed on Mars unveiled by NASA

Despite this good news for the sector, the European Space Agency still did not get the expected sum, and this will have consequences.

No cancellation of projects

Earth observation is one of the most affected areas.

Even though the budget is up compared to 2019, Member States have provided only 80% of the requested funding.

ESA will therefore have to come back to its members "

between December and February, to develop a plan on what can be done

“, assured Simonetta Chelli, director of the sector at the agency.

Despite this, ESA has obtained the agreement to start on Aeolus-2, a wind observation satellite, which follows a first revolutionary mission in the field.

While the decision to provide Europe with sovereign means to send its astronauts into orbit is scheduled for the 2025 ministerial, the decision has already been taken to ensure Europe's presence on board the Space Station. international until 2030, in consultation with its international partners.

This also gave rise to the presentation of the new class of astronauts.

They are thus five to join the seven already in service.

After almost two years of selection and 22,500 candidates on the starting line, the Swiss Marco Sieber, the Spaniard Pablo Fernandez, the Belgian Raphaël Liégeois, the Briton Rosemary Coogan and the French Sophie Adenot realize their dream.

I dreamed of it since I was a little girl, but it's not yet concrete

I expect a lot in terms of science, technology, and being able to transmit to young people

Helicopter test pilot for the Air and Space Force, Sophie Adenot will begin her training in the spring with her new colleagues.

It will then be necessary to wait until they are assigned their first mission to the ISS before being able to consider the Moon, as part of NASA's Artemis program in which ESA is cooperating.

At the same time, the Agency is also setting up a corps of reserve astronauts.

They are eleven to have joined it, but without guarantee of flight for the moment.

A bronze medalist in the 200 meters at the Paralympic Games, his leg was amputated above the knee following a motorcycle accident.

He was selected to participate in a feasibility study program for space flight for people with disabilities.

We are pleased to introduce the 2022 Class of ESA Astronauts.

Five of them are career astronauts, 11 are members of ESA's astronaut reserve, and this class also includes a parastronaut 👉 https://t.co/V0spbpUBZK #ESAastro2022 pic.twitter.com/OPJHfSJsTR

Also to listen: Are we heading towards a space war?