Recycling between economics and finance

How the new mafia organizations recycle their illicit profits The latest report of the Financial Intelligence Unit (UIF) of the Bank of Italy reports a significant increase in suspicious financial transactions. Most of them are in the north of Italy, but the phenomenon has now assumed an international significance. We explored the topic with the criminologist Vincenzo Musacchio. Professor, can you briefly explain what recycling is? Money laundering is an i 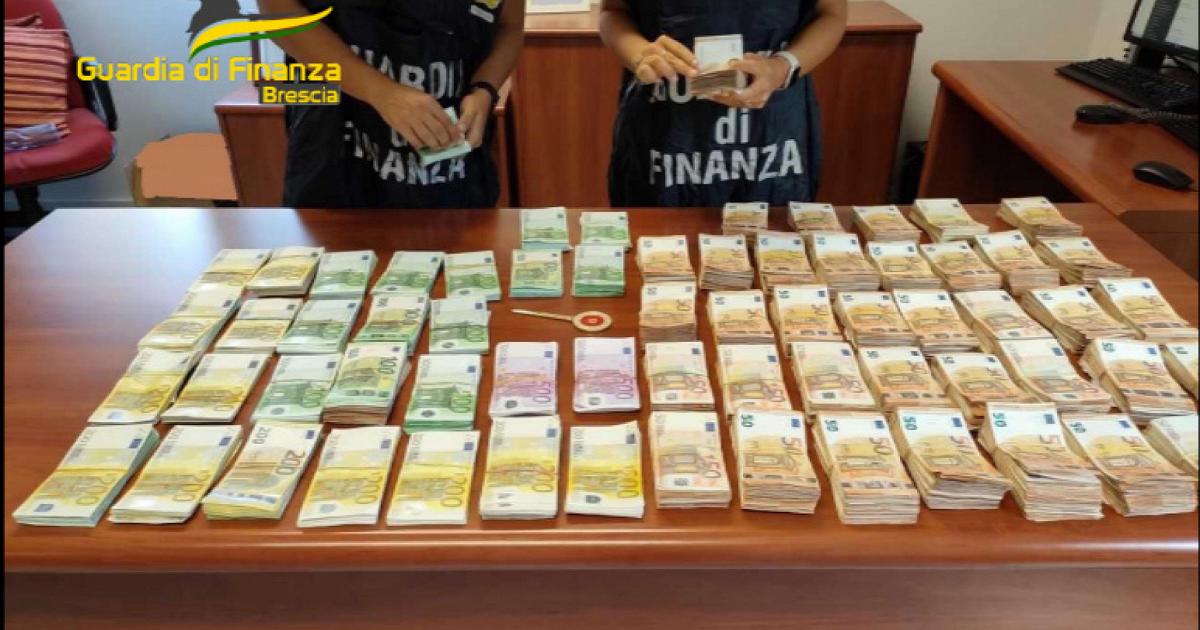 The latest report of the Financial Intelligence Unit (UIF) of the Bank of Italy reports a significant increase in suspicious financial transactions.

Most of them are in the north of Italy, but the phenomenon has now assumed an international significance.

We explored the topic with the criminologist Vincenzo Musacchio.

Professor, can you briefly explain what recycling is?

Money laundering is an illegal conduct to "clean up" dirty money through legal activities.

Recyclers must avoid getting caught so they camouflage dirty money as if it were a legally obtained profit.

The mafia cannot hold large sums of money without explaining its origin otherwise they risk the confiscation of assets.

This means that they must find any stratagem to evade controls by law enforcement and the judiciary: money laundering is one of the adequate tools for this purpose.

In this sector there is also talk of self-laundering, what is it about?

It is committed by those who launder and is at the same time the perpetrator of the crime from which the money or illicit good comes (eg the mafia who buys a property with the money of extortion).

Anyone who conceals assets deriving from criminal actions that he himself has committed is punished.

The purpose of the crime remains to conceal and clean up the proceeds or assets obtained illegally.

Financial Intelligence Unit of the Bank of

on suspicious banking transactions, what data do you deliver to us?

In the second half of 2021, the FIU received 69,401 reports of suspicious transactions.

Suspicious transactions are also increasing in the context of collaboration between Italian and foreign judicial authorities.

These data confirm to us, if any were needed, that money laundering is a widespread problem in the banking and financial sector and is very difficult to track down as it is taking on an increasingly transnational dimension.

Money laundering is a worldwide problem and affects around three trillion euros each year, ranging from 2% to 7% of global GDP.

In the ranking drawn up in the "Global Money Laundering Risks 2021" Report, it can be seen that Haiti is the state with the highest risk of money laundering and terrorist financing on a global level, with an index of 8.49, while the country more reliable is Andorra with an index of 2.73.

There are more than one hundred international banking institutions with suspicious flows of money, for over two trillion dollars, in one hundred and seventy countries around the world.

Very worrying data that confirm the transnationality of this crime.

What are the methods most used by mafias to recycle?

The most modern mafias to clean up their dirty money use banking and financial institutions and all those high-income activities, making it appear that the money comes from legal activities.

Many criminal organizations use shell companies.

It is how, for example, drug traffickers can hold money in bank accounts without arousing suspicion.

The most common activities involved in money laundering are always those that move large amounts of money, such as hotel and restaurant chains, tourist complexes, discos, charities.

Art or precious are other sectors where there is recycling.

The new mafias also launder in real estate, casinos, banks, commerce, financial investments, through cash assets and even in the virtual world (Internet).

How does recycling work in the real estate sector?

Real estate businesses move large sums of money and use legitimate financial systems such as banks and mortgage companies.

The mobsters often buy a property using cash from illegal activities and then sell it quickly, depositing the proceeds into a clean bank account.

They often use a wooden head to buy the property or use shell companies to make the purchase.

Once they have sold the property, tracing the origin of the purchase funds becomes more difficult and that's it.

Is it true that casinos are also recycled

Casinos have a very bad reputation as places to launder illegal funds.

Reputation justified if you think they handle large amounts of cash.

Mafias can easily clean up dirty money while they play.

They pay the casino chips with their illegal proceeds, play a little and then cash out.

The result is that they come in with dirty money and they come out with clean money disguised as winnings.

How is the banking sector involved in money laundering activities?

Many investigations by the Italian judiciary (for all see the “Thomas” Operation in Calabria) have shown us how the mafias are able to have their own banking or financial institution which they use to clean up illegal funds even on a large scale.

If a money launderer owns a bank, mortgage company, or stock trading company, he can transfer the money through his organization to another financial institution quite easily.

These transfers often take the form of currency exchanges that are very difficult to detect by the other financial institutions involved and by regulatory and control agencies.

Is it also recycled in the commercial sector?

The proceeds of crime are disguised by shifting profits through commercial transactions.

Companies can carry out these operations by altering the prices and quantities of imports and exports and make profits seem larger than they really are.

Basically we are faced with an illegal practice that involves the involvement of those who issue the false invoice and of those who receive it.

Can diversification of illicit proceeds be considered a money laundering technique?

Surely it is a way of removing money from its illegal origins by subjecting it to numerous transactions and in various forms.

Cash, for example, can become gold, precious, paintings, real estate, bitcoin and so on.

This differentiation can lead illicit money to travel around the world.

Transnationality of transactions makes it even more difficult to enforce anti-money laundering regulations, as multiple jurisdictions and different laws are involved.

puppet" companies be a means of recycling?

These companies, in fact mafia, but, by law, are ideal for laundering illegal funds.

It will not be easy to demonstrate how much money they actually spend in such companies every day.

Can you explain what

smurfing” is and how it is used to launder dirty money?

requires a subject to carry out a series of payment and exchange operations with a certain regularity, which show links between them and which are attributable to the intention to remain below the threshold set to trigger the report and the control required by the laws on money laundering.

A kind of deconstruction of the illicitly earned capital.

I basically split large amounts of money into smaller chunks and deposit them into many different accounts, making it nearly impossible to detect illegal funds.

I can also allocate the money to tax havens abroad if I do not want it to return as a profit within the criminal organization.

What role do cryptocurrencies and

Online laundering is undoubtedly an excellent sector to clean up mafia illicit capital.

Contrary to what we are led to believe, the new mafias are increasingly resorting to payments made with crypto currencies such as bitcoin and more recently the "monero" that do not allow tracking and escape banking monitoring.

Electronic commerce, on the other hand, can be used to hide the illicit origin of the capital used for transactions.

They are two sectors that offer a lot of guarantees of anonymity and little risk of being discovered.

They will be the future market where a lot of mafia money will gravitate.

In your opinion, what preventive and repressive measures can be taken against money laundering?

I would say that the first step is to consider money laundering a very serious crime since it sees mafias and white-collar workers united in a symbiotic relationship.

Solutions should be found to prevent criminals from using banking and financial institutions to launder their illegal funds.

Affect the elimination of banking secrecy and the so-called

Strengthen the system of reporting suspicious transactions as much as possible.

The organs used to trace illegal funds and the possibility of confiscating the proceeds of criminal organizations must be strengthened.

It is essential to hinder international money laundering by the entire international community by training operators and devising increasingly effective and efficient legislative and technological tools.

In this sense, the harmonization of laws and cooperation between states will play a decisive role.

As far as the sanctioning aspect is concerned, both prison sentences and fines must be tightened.

In the United States, for example, fines for violating anti-money laundering regulations are very heavy.

for example, the fines for violating anti-money laundering regulations are very heavy.

for example, the fines for violating anti-money laundering regulations are very heavy.

He is an independent researcher and member of the High School of Strategic Studies on Organized Crime at the Royal United Services Institute in London.

In his career he was a pupil of Giuliano Vassalli, friend and collaborator of Antonino Caponnetto, an Italian magistrate known for having led the anti-mafia Pool with Falcone and Borsellino in the second half of the eighties.

He is among the most accredited scholars of the new transnational mafias.

Author of numerous essays and of a monograph published in fifty-four states written with Franco Roberti entitled "The fight against the new mafias fought at a transnational level".