Baghdad condemned the Iranian bombing of areas in Iraqi Kurdistan, as did the United States, Germany and the United Nations, while Tehran said it had the right to respond to the threats of separatist Kurdish groups. 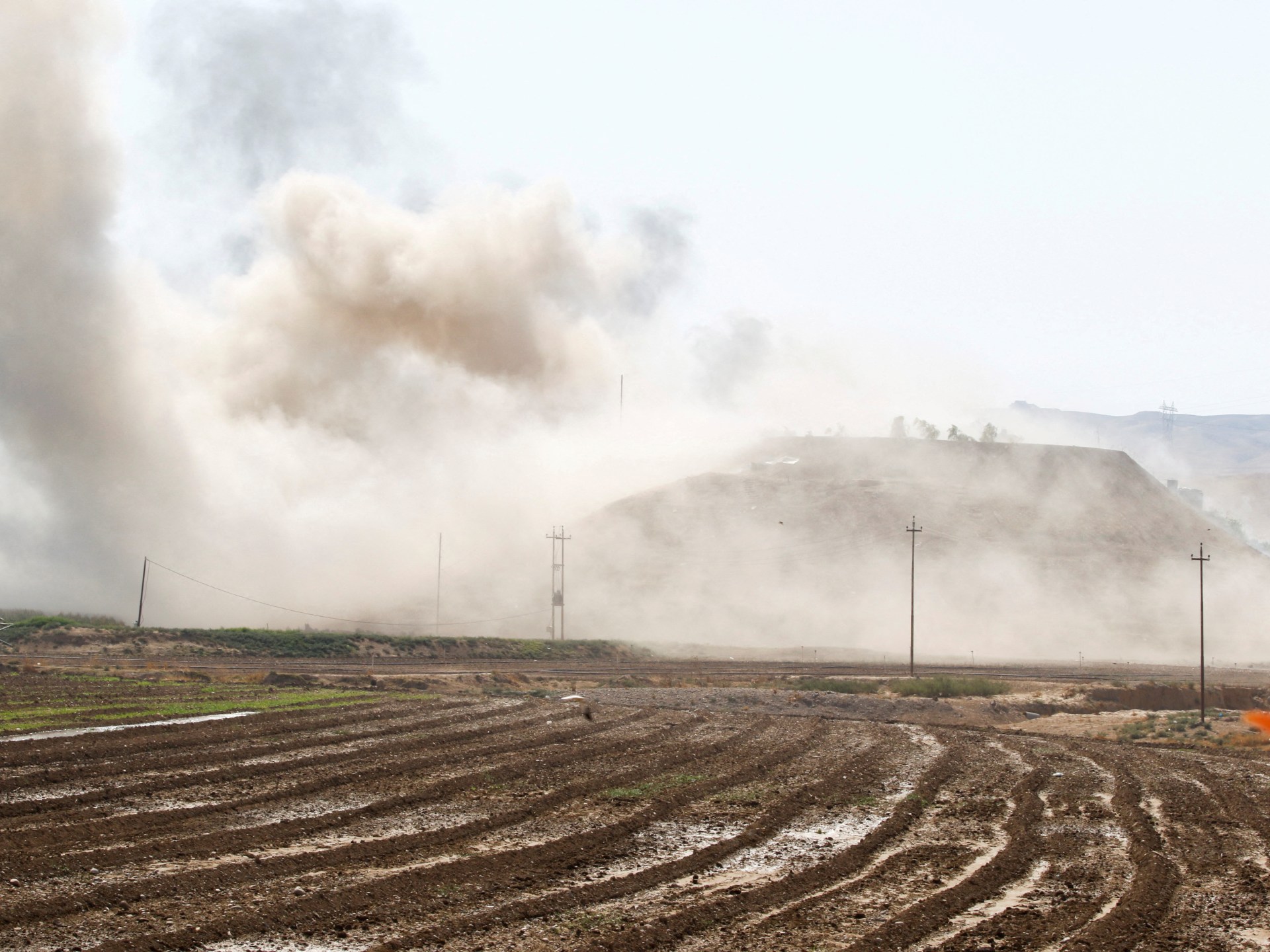 Baghdad condemned the Iranian bombing of areas in the Kurdistan region of Iraq today, Monday, and the condemnation also came from the United States, Germany and the United Nations, while Tehran said that the operation came after the failure of efforts to remove "terrorist groups" from Iraq.

"This hostile unilateral approach will not be a factor in pushing for solutions that lead to stability, and will cause confusion in the region and raise the level of tension," the Iraqi Ministry of Foreign Affairs said in a statement.

The ministry announced that it would take high-level diplomatic measures regarding this bombing, which it described as a "violation of sovereignty."

In turn, the Prime Minister of the Kurdistan region of Iraq, Masrour Barzani, condemned the missile attacks on areas in the region, and said that these attacks represent a violation of the sovereignty of the region, as he put it.

For her part, the US ambassador to Iraq, Alina Romanowski, said that her country strongly condemns the Iranian missile and drone attack on Iraqi Kurdistan.

Romanowski called - in a tweet on Twitter - Iran to stop attacking its neighbor Iraq and the Iraqi people, and confirmed that Washington stands with the leaders in Baghdad and the region.

The United States strongly condemns the Iranian missile attack and marches on the Kurdistan Region of Iraq today, and calls on Iran to stop attacking its neighbor Iraq and the Iraqi people.

We stand with @IraqiGovt leaders in Baghdad and the region and condemn these violations of Iraqi sovereignty.

The German embassy in Baghdad also condemned these attacks, and the embassy's Twitter account confirmed that Iran should respect Iraq's territorial integrity and sovereignty and stop the attacks immediately.

At the same time, the United Nations Mission in Iraq condemned these new Iranian attacks, and stressed that the common security concerns between Iraq and Iran must be resolved through dialogue.

Today, the authorities of the Kurdistan region of Iraq announced that two people were killed and 8 others were injured, after the Iranian Revolutionary Guard bombed the headquarters of Iranian Kurdish opposition parties.

A local official reported renewed Iranian shelling on the town of Sidekan, far north of Erbil, in Iraqi Kurdistan.

For his part, Iranian Foreign Ministry spokesman Nasser Kanaani said that what he called Kurdish separatist groups in northern Iraq targeted his country, and that Iran responded by targeting the headquarters of these groups within the framework of the right of self-defense, as he put it.

Kanaani added, "We followed the issue at the bilateral and international levels at the United Nations, and with the Iraqi government and the Kurdistan Regional Government not taking any action to stop these threats, we attacked them."

He continued, "We call on the Iraqi government to extend its authority on its lands, and Baghdad bears the responsibility not to allow our security to be destabilized from its lands. Kurdish separatist groups threaten our border security... and we will respond to threats against us."

Earlier, the Iranian Revolutionary Guard said in a statement that its forces carried out a military operation this morning using missiles and drones to target the headquarters of "terrorist groups" in the Kurdistan region of Iraq.

He added that during the operation, the headquarters and routes used by terrorists to transport weapons to Iran were bombed, according to the statement.