Trial of September 28 in Guinea: put in difficulty, "Toumba" gets angry at the bar

Aboubacar Sidiki “Toumba” Diakité, one of the 11 defendants tried for the Conakry stadium massacre which killed at least 156 people on September 28, 2009, appeared on Tuesday November 1 for the 6th time. The one… 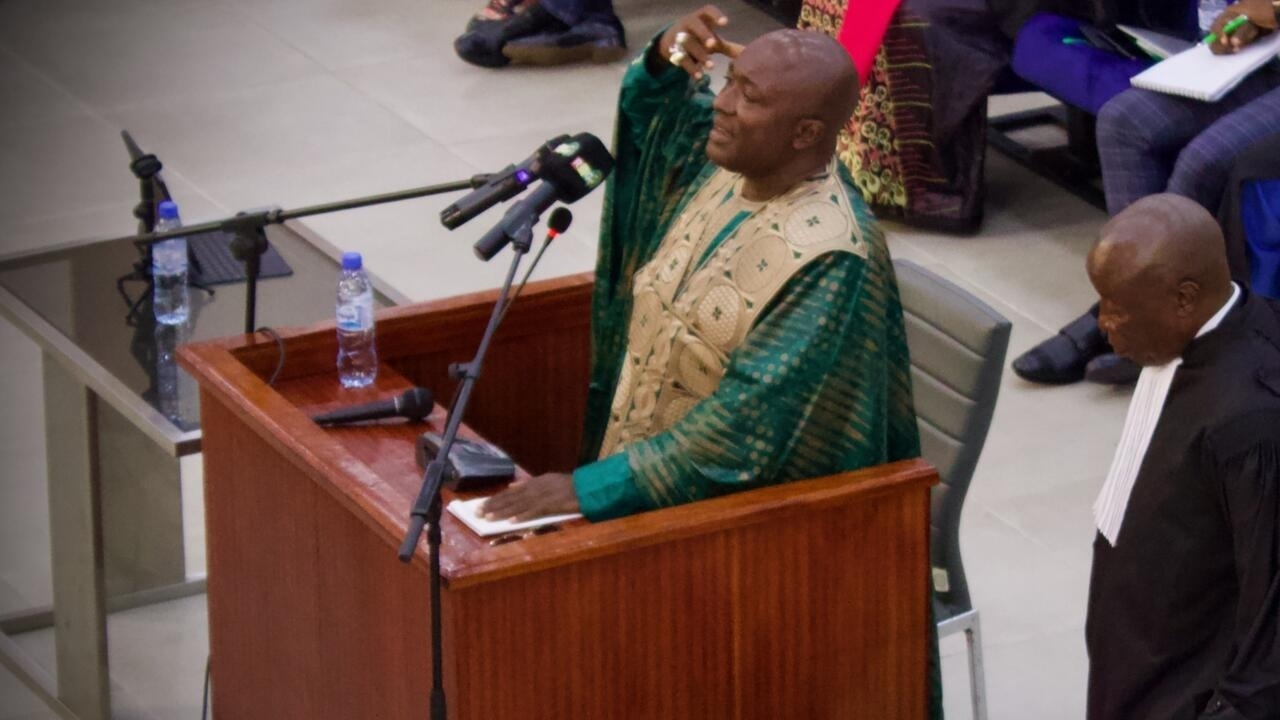 Trial of September 28 in Guinea: put in difficulty, "Toumba" gets angry at the bar

Aboubacar Sidiki “Toumba” Diakité, one of the 11 defendants tried for the Conakry stadium massacre which killed at least 156 people on September 28, 2009, appeared on Tuesday November 1 for the 6th time.

The one who had made a strong impression the previous days was destabilized, the lawyers of his co-defendants having succeeded in bringing to light the inconsistencies in his story.

It has been more than a month since the trial of the Conakry stadium massacre opened in Guinea.

Very comfortable facing the court from the start,

was more nervous on Tuesday 1 November.

The hearing was marked by some complicated moments for the former aide-de-camp, explains our correspondent in Conakry,

In the morning, Me Pépé Antoine Lamah, one of the lawyers for the former head of the junta, Moussa Dadis Camara, spoke.

In one question, he pointed out the contradictions of "Toumba": "

How is it that your statements made a few months after the events of September 28 in the press are different from those recorded in the minutes of interrogations in Dakar? like in Conakry?

For more than three hours, “Toumba” was interrogated.

He first held his line: “

There is no contradiction.

What I give to this bar is my version of the facts.

Then the accused ended up getting confused.

," he repeated, before finally getting angry.

In the room, the tone is raised and the cacophony has settled.

Guineans satisfied that justice is done in their country

Since its opening on September 28, Guineans have taken an interest in all aspects of the 2009 massacre trial. For them and for observers, the magistrates are up to the challenge perfectly.

They are even admired by some, says

Issagha Diallo, manager in the Cosa district, in the suburbs of Conakry, says: “

I want this trial to be held here for the credibility of our justice.

In addition, the massacre took place in the country, with us.

So I really want it to be held here.

It's good for the magistrates, it gives them value so that it's not too dependent on others.

We must not send to The Hague, in Holland, over there

[in the Netherlands, where the International Criminal Court is located, Ed]

Finally, we also have good magistrates.

Kiosks and public places are always full because of live broadcasts on some private TV channels.

Ibrahima Chérif, another Conakryka, is an avid viewer:

This trial is really exciting.

It attracts people to kiosks and other public places.

It has become a pastime for the unemployed, but also in offices, and for good reason.

The protagonists, I mean the prosecutor's office and the lawyers of all persuasions, compete in ardor with supporting arguments.

Each side tries to confuse their opponent to gain favor with the court.