"Transition to outright raiding": why Europe is discussing the idea of ​​confiscation of Russian assets

The EU allowed the possibility of appropriation of the property of Russian organizations and citizens. This statement was made by high-ranking officials of Poland, Germany and the European Union. In particular, Polish Prime Minister Mateusz Morawiecki proposed to use the funds alienated from the Russian Federation to support Ukraine. European Commission President Ursula von der Leyen noted that the EU's goal is to confiscate Russian assets, but there is currently no legal basis for this. Western countries blocked the accounts of the Central Bank and other assets of the Russian Federation after the start of the special operation. According to experts, the European Union may go for the expropriation of Russian property in order to ease the burden of financial assistance to the Kyiv regime. 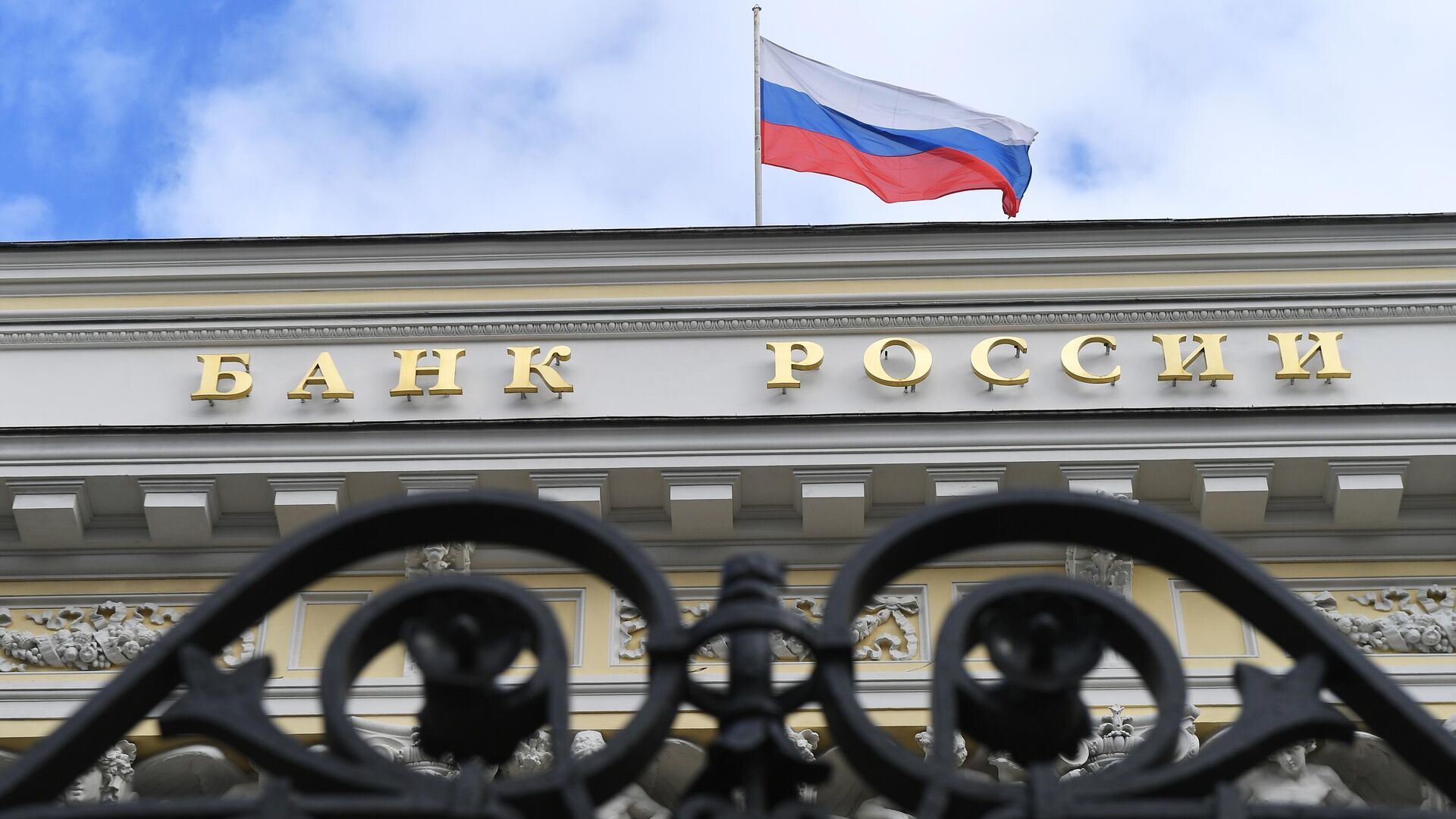 Polish Prime Minister Mateusz Morawiecki called for the confiscation of Russian assets that were frozen after the start of the special operation.

He made such a statement in Berlin at an international expert conference on the restoration and modernization of Ukraine.

“There is a huge gold mine that can be taken and directed to the restoration of Ukraine - Russian assets, assets of the Russian Federation and Russian oligarchs.

) does not play such a significant role ... They need to be confiscated, ”the Associated Press quoted Morawiecki as saying.

However, this decision requires a very serious legal study, the European official emphasized.

“We want to not only freeze these assets, but also confiscate them.

This is not trivial from a legal point of view.

We are working on it.

We have a special unit together with member states (EU. -

This task force is called Freeze and Seize.

The goal is not only to show what was frozen, but also to create a legal basis so that these assets can be used to restore Ukraine, ”said von der Leyen.

German Chancellor Olaf Scholz also drew attention to the need to develop a legal solution for the confiscation of Russian assets, noting that there is still a lot of work to be done along the way.

At the same time, the head of the German Left Party, Martin Shirdevan, advocated the immediate identification and expropriation of Russian property in favor of Ukraine.

True, he admitted that the German authorities do not yet have accurate information about the number of assets of the Russian Federation.

According to the politician, this will require the use of the resources of civil and law enforcement agencies.

In Russia, they reacted extremely negatively to statements about the need to confiscate domestic assets abroad.

In her Telegram channel, the official representative of the Russian Foreign Ministry, Maria Zakharova, quoted von der Leyen and wrote that the head of the European Commission “sounds an interlinear translation of the phrase “you are tormented to swallow dust, running around the courts to unlock capital.”

In turn, in a commentary on RT, Senator of the Federation Council Igor Morozov called a possible decision to confiscate Russian assets a return to the Middle Ages and the cross-out of international law.

“EU foreign policy is returning to the medieval practice of the Anglo-Saxons: piracy, robbery and raiding.

International law has been crossed out, the market foundations of the global economy are being destroyed,” Morozov said.

The senator believes that the Kyiv regime will not be able to derive real financial benefits if the European Commission decides to alienate property belonging to the Russian Federation.

“The EC, while claiming that Russian confiscated assets will be used by the West to restore Ukraine, confirms that, like the grain deal, everything will be appropriated and plundered by European pirates,” Morozov said.

On October 24, in an interview with journalists, the press secretary of the President of Russia Dmitry Peskov said that today many Russian assets “are simply stolen by specific countries that belong to what is called the“ collective West ”.

“Including our gold and foreign exchange reserves.

These are absolutely illegal actions, they are contrary to international law, and this is nothing more than, in fact, an encroachment on property, in this case, state property and private property, ”Peskov said.

According to the Russian authorities, $300 billion of Russia's gold and foreign exchange reserves were frozen because of the sanctions.

Other assets of Russian companies and organizations that fell under Western sanctions in connection with the start of the special operation were also blocked.

It is reliably known about the freezing of more than €50.5 billion of Russian assets in Belgium.

The exact total amount of all blocked property of the Russian Federation by the authorities of the EU and Western countries is not called.

According to the approximate calculations of the Kyiv regime, the amount of frozen money of Russian organizations and individuals abroad can reach $500 billion.

The authorities in Kyiv expect that the assets alienated from the Russian Federation will go to the Ukrainian state.

In August, they already took legislative measures to confiscate 903 Russian assets, including the property of sanctioned citizens and companies of the Russian Federation, as well as funds from Russian banks.

“The next big step should be the confiscation of Russian assets in the West in order to restore Ukraine,” Ukrainian Prime Minister Denys Shmyhal stressed at the time.

The head of the Ukrainian government made a similar statement in Berlin during an international expert conference on the restoration and modernization of Ukraine.

Shmygal noted that Kyiv is waiting for the Europeans to decide on the seizure of Russian property in order to restore Ukraine.

According to the estimates of the Kyiv regime, these needs will require $750 billion. At the same time, Germany estimates the material damage to Ukraine much more modestly.

During the conference, Scholz announced an amount of about €100 billion.

In an interview with RT, Nikita Maslennikov, a leading expert at the Center for Political Technologies, suggested that the idea of ​​confiscation arose in the EU due to an unwillingness to direct its own funds to support the Kyiv regime.

According to the Kiel Institute for the World Economy, from February to October, the Ukrainian government received €93 billion from the EU, the US, Canada, the UK and other countries.

This money was intended, among other things, for the purchase of weapons and servicing Ukraine's debts.

In 2023, according to the European Commission and the IMF, Kyiv will need to allocate about €3 billion monthly.

At the same time, taking into account negative factors for Ukraine, this amount may increase to €4-5 billion.

As Ukrainian President Volodymyr Zelensky, who spoke via video link at a conference in Berlin, next year the country's budget deficit will amount to $38 billion. He stressed that this amount is "unbearable" for the state.

Along with this, Zelensky lamented the passivity of countries that, from the point of view of the Kyiv regime, should become donors.

According to the Ukrainian leader, Ukraine has not received "a single cent" for the implementation of the Fast Recovery project, which involves the accelerated restoration of Ukraine.

According to Maslennikov, the European Union, like other Western countries, is in no hurry to provide serious support to Ukraine, fearing primarily for its own financial and economic potential in the face of an aggravating energy crisis.

“The European Union is the first to fall into the crisis relay race, which, most likely, will begin next year, already this winter.

In such a situation, the Europeans will save their own money, and Ukraine can count on a certain amount of confiscated Russian assets, if, of course, such a decision is eventually made, ”says Maslennikov.

As the expert explained, the expropriation of the property of the Russian Federation is an extreme measure, which Brussels will take with great reluctance due to the inevitable mirror measures on the part of Moscow and large reputational losses, which will lead to a significant deterioration in the investment attractiveness of the EU.

“This kind of precedent, like the confiscation of Russian property, undermines the sacred right to private property, and generally calls into question the principles and structure of the modern economic world order.

In addition, it is not very clear how such an expropriation can be formalized procedurally, what laws need to be adopted in order to legalize it, ”says Maslennikov.

In a RT commentary, Associate Professor of the Academy of Labor and Social Relations, Candidate of Political Sciences Pavel Feldman, said that if a decision is made to alienate Russian property, the European Union and any other country of the collective West will cross "all reasonable boundaries" in an effort to put political pressure on Moscow.

The analyst recalled that before the new round of the Ukrainian crisis, Western countries widely used the asset freeze tool against Iran.

At the same time, they did not allow themselves to deprive Tehran of the ownership of bank accounts.

But then the Europeans will automatically discredit their own values, including the inviolability of private property,” Feldman summed up.