Testifies to the hatred: "Felt like they could beat me to death"

They belong to different generations. But both testify to the same hatred for the Sami. - They pulled me, spat and hit me, says Anna-Britta Rikko. 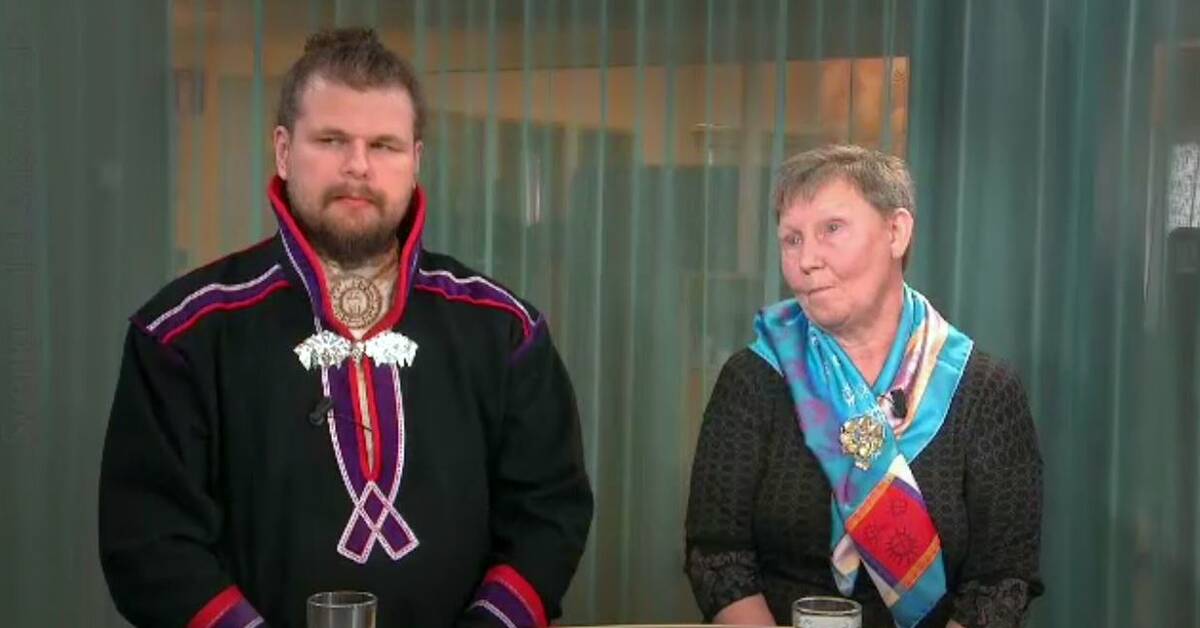 On Saturday, there is the season premiere of 15 minutes from Sápmi.

The premiere program is hosted by Anna-Britta Rikko and the Sámi politician Pávva Pittja, who both testify to the hatred against the Sámi.

Because even though they have grown up in different generations, they have faced the same resistance.

Both at workplaces and privately.

It was in the 1990s shortly after the Sámi Parliament had been formed.

Sami issues were discussed more actively and the tone in society hardened.

- I was going out to a restaurant and stood in line.

They pulled me, spat and hit me.

They shouted in my ears, she says.

Luckily, a man saw what was happening and came out and dispersed them.

"Tried to prevent me from speaking Sami"

Pávva Pittja notes that he heard the word "lapjack" for the first time already when he was three years old.

And that has since followed him through life.

- At work, it has happened that some have tried to prevent me from speaking Sami, he says.

She too has been exposed to similar things at workplaces.

And there they try to prevent us from speaking Sami, she says.

"The climate has hardened"

In recent years, she feels that the hatred has increased.

- The climate towards us has hardened significantly.

After the Girjasdomen, people have started to incite against all reindeer herders, she says.

The Girjasdomen, which gave the Sami village of Girjas the right to manage hunting and fishing on its pastures, has met with resistance, especially among hunters in northern Sweden.

Even though it is a judgment in the Supreme Court, local politicians have gone to the polls saying they want to oppose the outcome of the judgment.

- The worst thing is that it works, that they win votes that way, says Anna-Britta Rikko, who herself belongs to Girja's Sami village.

Watch 15 minutes from Sápmi on SVT2 Saturday at 15.40 or already now on SVT Play.