Ligue 1: the Dall'Oglio transplant did not take in Montpellier

It's over for Olivier Dall'Oglio: the Montpellier Hérault coach was dismissed from his post on Monday, with a protective layoff, two days after his team's new defeat... 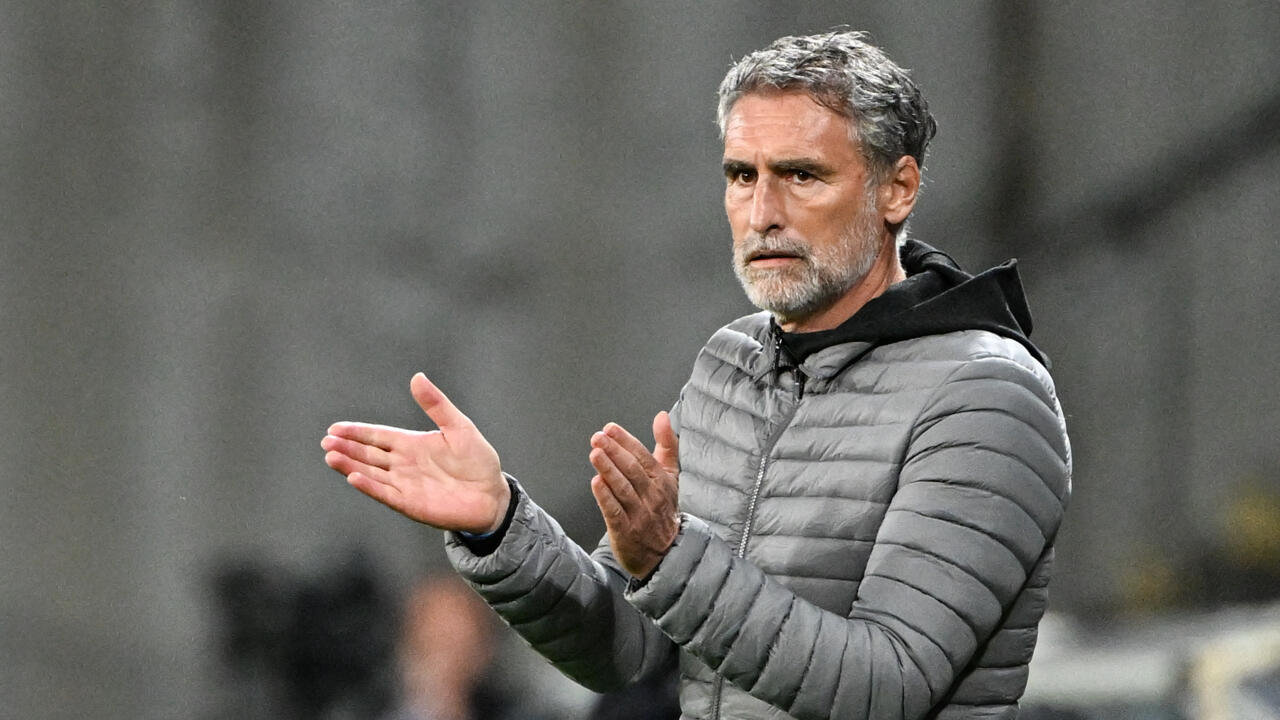 Rejection of the transplant to "the spirit of La Paillade", lack of authority at the head of the group, tension within the staff, but above all lack of results: Olivier Dall'Oglio pays above all for a start to the 2022-2023 season "Almost cataclysmic", with only four successes in eleven days and a modest 11th place in the standings, insisted Laurent Nicollin, the club's president, during a press conference.

Olivier Dall'Oglio is the fifth elite coach dismissed during a month of October of all dangers for the benches, after Peter Bosz (Lyon) on 9, Jean-Marc Furlan (Auxerre) and Michel Der Zakarian (Brest) on the 11th, and finally the Spanish coach of Reims Oscar Garcia last Thursday.

Assistant coach Romain Pitau will take over the interim, "at least until the next break" of the World Cup in Qatar (November 20 - December 18), said Nicollin.

Now "the objective is to recreate a dynamic and rediscover the Paillade spirit", declared the new Montpellier coach, a former defensive midfielder who became a trainer after the end of his playing career in 2013.

Dall'Oglio, 58, joined Montpellier in the summer of 2021 to replace Michel Der Zakarian.

In office since 2017, he had stabilized the Hérault club among the top ten, around an unadorned style.

Chosen for his qualities as a trainer, his sense of communication and his attacking style, the former coach of Brest (2019-2021) and Dijon (2012-18) therefore did not resist a year 2022 marked by only seven wins in thirty Ligue 1 games.

After six months of dreaming, playing and a successful transition with 5th place mid-season 2021-2022, Olivier Dall'Oglio had lost control of his group.

And he never managed to regain control.

Neither in the spring, nor during the summer and a restless preparation.

"There were two big attackers (Editor's note: Delort and Laborde), a boss behind (Editor's note: Hilton), and my great misfortune is that it worked immediately when I arrived. It should never have worked right away," he said last August.

Too often, Laurent Nicollin or Michel Mézy, adviser to the president, replaced Olivier Dall'Oglio to bang his fist on the locker room table, remind the players of the demands of the professional world, but also restore a certain discipline, in a locker room where "the departure of Delort (in Nice, editor's note) had left a void" in terms of leadership, according to Laurent Nicollin.

Basically, Dall'Oglio le Cévenol, and its perpetual serenity, was somewhat foreign to the spirit of the "Paillade", cunning, bloodthirsty and marked by an extreme desire to win, embodied by its predecessor.

In more than a season, he has never managed to stabilize a very permeable defense (22 goals conceded).

By betting on Dall'Oglio, Montpellier had chosen to turn a page, attaching themselves to a modern coach like Bruno Génésio in Rennes or Julien Stéphan in Strasbourg.

Did Montpellier miss this transfer, or was Dall'Oglio not the man for the job?

"We have to recreate the desire and I hope that on Saturday we will have a lot of popular support to win ahead of Lyon", estimated President Nicollin, eager to find a certain state of mind in a season marked by the relegation of four clubs in Ligue 2.