The escalation in the West Bank continues.. A Palestinian martyr and two Israeli wounded, and the occupation army vows to expand its operations

Israeli Prime Minister Yair Lapid called for “security consultations” in light of the escalation taking place in several areas of the occupied West Bank, including Jerusalem, in protest against the closure of the Shuafat camp. 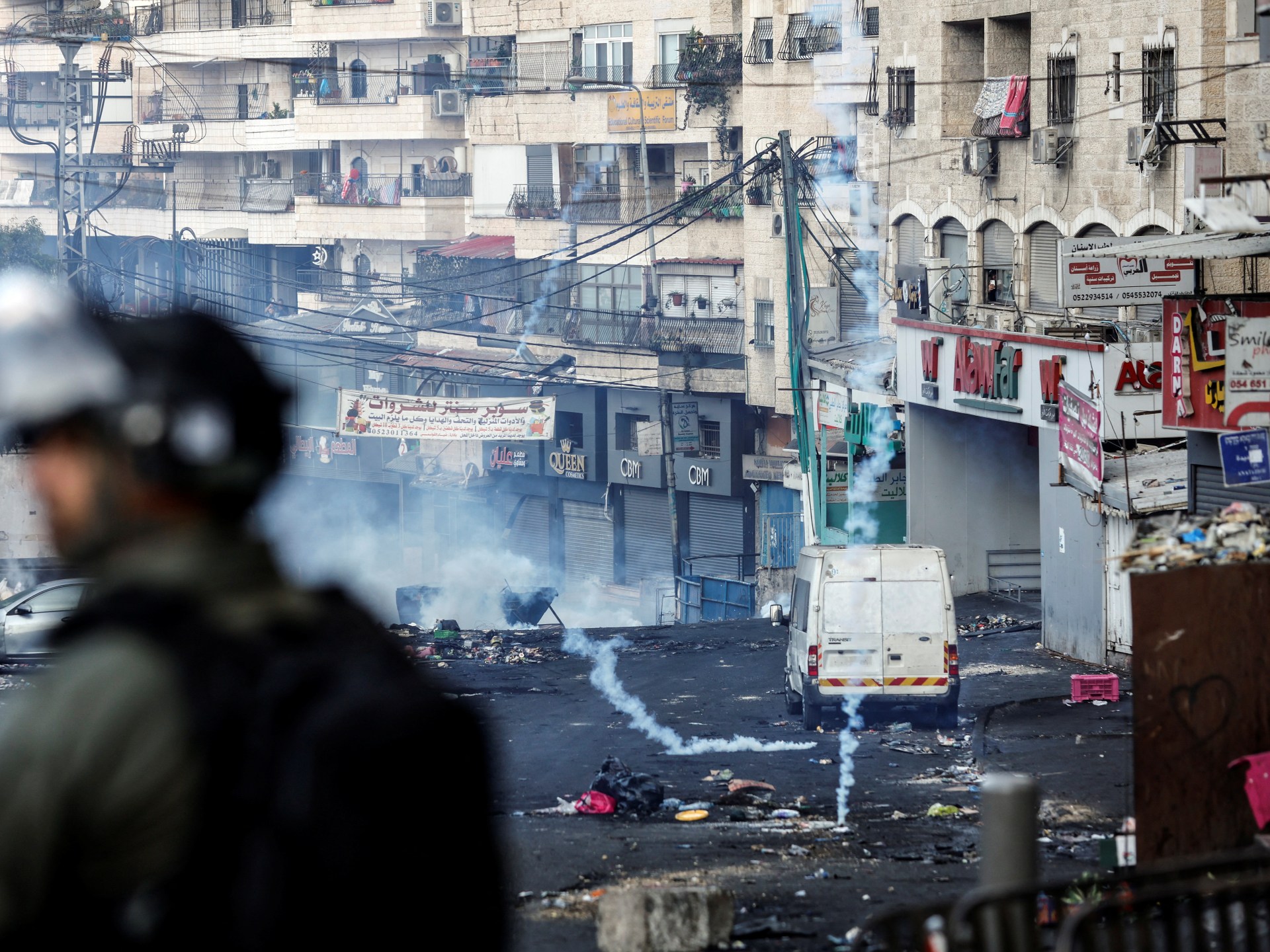 Israeli Prime Minister Yair Lapid called for "security consultations" in light of the escalation taking place in several areas of the occupied West Bank, including Jerusalem, in protest against the closure of the Shuafat camp, while Defense Minister Benny Gantz confirmed that the occupation army will expand its operations against what he described as "terrorism." in the bank.

This comes as settlers and Jewish extremists continued their storming of the courtyards of Al-Aqsa Mosque, under the protection of the occupation police, on the third day of what is known to them as "Throne Day".

Al-Jazeera correspondent also confirmed the continuation of confrontations between the occupation forces and Palestinian youths in several areas in the West Bank and Jerusalem, including the Al-Isawiya suburb, where two Israeli policemen were injured as a result of the clashes.

He also killed a Palestinian boy earlier Wednesday during clashes with the occupation forces near Hebron.

The Palestinian Ministry of Health stated that Osama Mahmoud Adawi (18 years) was killed after being shot in the stomach in Al-Aroub camp, north of the city.

The camp witnessed confrontations between Palestinian youths and the occupation forces, which pursued protesters in the alleys of the camp. Similar confrontations erupted inside Hebron in conjunction with a general strike called to denounce the Israeli attacks on Shuafat camp.

The ministry also said that 3 Palestinian youths were also wounded by the occupation bullets in Ramallah and Bethlehem, and their injuries were described as moderate and serious.

In Shuafat camp, the occupation forces dispersed with gas and sound bombs and rubber-coated metal bullets a peaceful protest organized inside the camp in protest against the occupation authorities' continuing to besiege it and the surrounding neighborhoods and the town of Anata.

Clashes also erupted between the occupation army and Palestinian youths after large forces of the Border Police and Special Forces stormed the camp, which they have besieged for days, in search of the perpetrator of an operation during which an Israeli soldier was killed.

Al-Jazeera correspondent said that the occupation forces arrested a child from inside the camp and led him to the interrogation centers.

The occupation forces continue to tighten the noose around the area for the fourth consecutive day, and prevent entry and exit to the camp and the town of Anata, except in exceptional cases and after strict inspections and scrutiny.

It also imposed a strict military siege on the city of Nablus in the northern West Bank, as a number of its outlets were closed with earth mounds and military checkpoints were reinforced at the rest of the entrances, where exit is not permitted except in exceptional cases.

The occupation army justified its actions by limiting the movement of Palestinian militants.

The siege on Nablus comes after a soldier was killed in an armed attack carried out by Palestinian resistance fighters on Tuesday, targeting soldiers guarding a march of settlers north of the city.

On the other hand, Al-Jazeera correspondent reported that extremist Knesset member Itamar Ben Gvir stormed the Al-Aqsa Mosque on Wednesday at the head of groups of settlers and Jewish extremists.

The occupation police also beat two guards of the mosque, Khalil Al-Tarhouni and Hamza Al-Nabali, and arrested them while they were working on documenting settlers' violations.

Sources in the Department of Islamic Endowments stated that settlers' violations during these incursions are on the increase, and that they perform public Talmudic prayers, lie down in the mosque's courtyards, and constantly provoke Muslim worshipers.