The Ukrainian General Staff said that the Russian forces launched a counter-attack on Friday to regain control of lost lands in Kherson, while the pro-Russian separatists in Donetsk stated that they had captured 3 new regions. 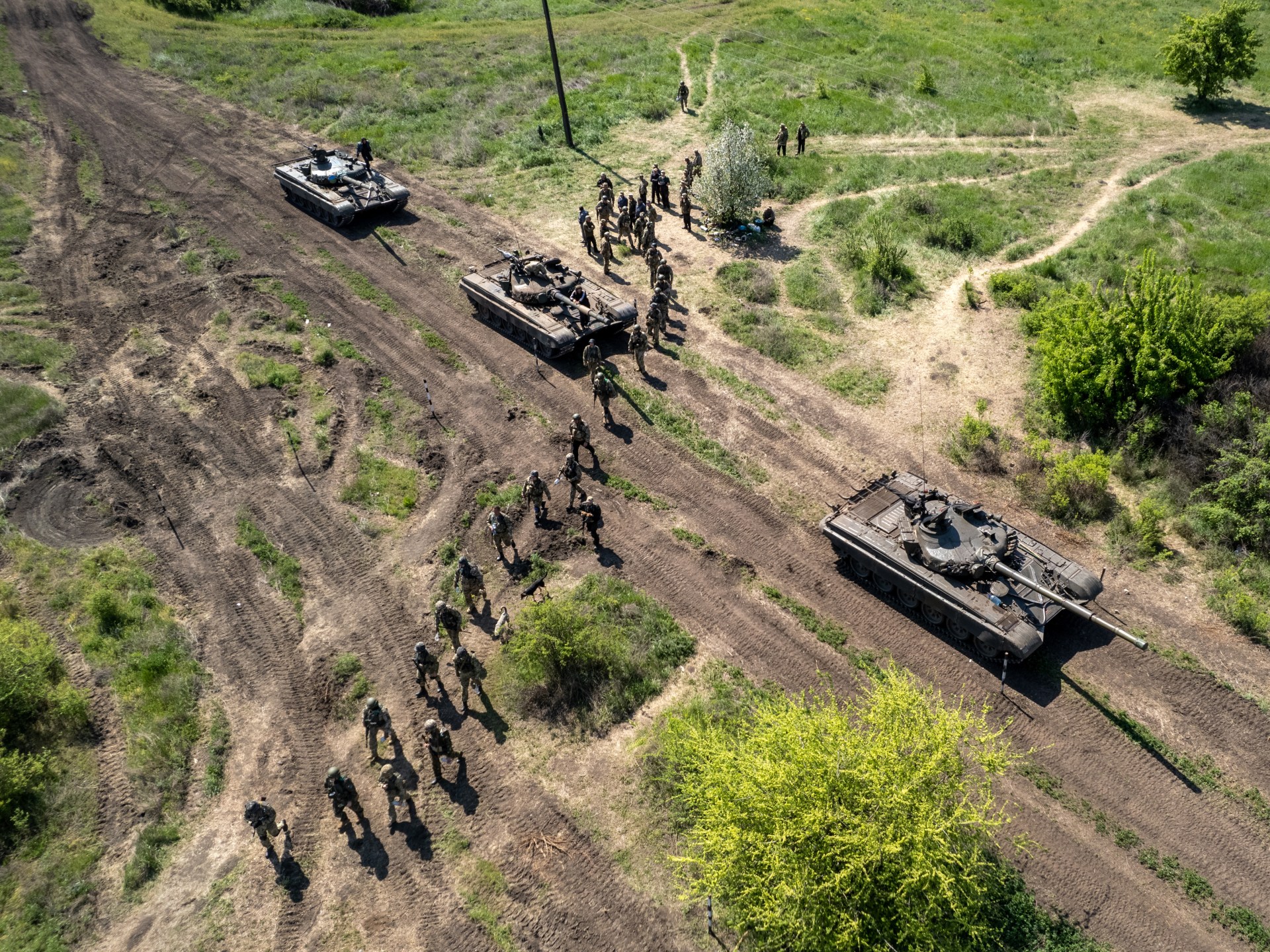 The Ukrainian General Staff said that the Russian forces began - on Friday - a counter-attack to regain control of lost lands in the Kherson Province (south), while the pro-Russian separatists in Donetsk (east) stated that they had captured 3 new areas.

This comes as Russia announced its readiness to negotiate with Ukraine and stop the war on its terms, while the United States and Germany described Russian President Vladimir Putin's threat to use nuclear weapons as irresponsible.

The office of Ukrainian President Volodymyr Zelensky said that his country's forces had regained control of 2,400 square kilometers of the Kherson region since last February.

The sources added that the Ukrainian forces are now working to clear mines from those areas.

A Ukrainian military source told Al-Jazeera correspondent in Kherson that his country's forces had regained control of the town of Trifonivka.

For its part, the Ukrainian General Staff announced the recovery of 29 villages in Kherson, and that it had seized weapons and ammunition.

Also in Kherson, the pro-Russian authorities announced the killing of 5 people in a Ukrainian bombing of a bus, and accused the Ukrainian army of carrying out field executions of 16 people.

On the other hand, a website affiliated with the Russian Defense Ministry published pictures that it said were of the Russian landing forces destroying a Ukrainian military convoy in Kherson Province.

The site added that the bombing destroyed foreign-made tanks and armored vehicles that were within the convoy, as well as eliminating all Ukrainian military personnel.

Battles of the East

In a related context, the Russian Defense Ministry said - in a statement - that it had thwarted the attempts of Ukrainian forces to launch an attack in Kobyansk (Kharkiv Province), Krasny and Lyman (Donetsk).

For its part, the separatist forces in the Donetsk province (east) said that they managed to recover 3 regions from the Ukrainian forces.

In turn, the Russian forces said that they had rearranged their ranks in the east and strengthened their defensive lines in the strategic town of Lyman, which the Ukrainian forces regained control over a few days ago.

Military sites loyal to Russia also talked about the continuation of battles in the Kharkiv axis (east), and the failure of an attack by Ukrainian forces in the Kobyansk region.

The situation in Zaporozhye

In a related matter, the Russian TASS news agency quoted the authorities of the city of Energodar - where the Zaporozhye nuclear power plant is located - that the electricity was cut off for the entire city today due to Ukrainian bombing.

The Director-General of the International Atomic Energy Agency, Rafael Grossi, said that the rotation of the Agency's support mission at the Zaporozhye plant, has been completed.

Earlier, the head of the pro-Russian city administration of Energodar said that the experts of the International Atomic Energy Agency would help restart the power units of the major nuclear plant in Ukraine and Europe.

For his part, Vladimir Rogov, a member of the pro-Russian Zaporozhye Provincial Council, said yesterday that British military experts are training the Ukrainian elite forces to control the Zaporozhye station, adding that the British are supervising all the movements and actions of the Ukrainian forces in the Zaporozhye province, and stated that Ukraine is mobilizing its forces in numbers. More large on the front line in Zaporozhye than has been mobilized since the start of the war at the end of February.

On the other hand, the Ukrainian governor of Zaporozhye, Oleksandr Starukh, said - in an interview with Al Jazeera - that Russian President Vladimir Putin's decision to annex regions to his country is of no value.

Staruch added that Ukrainian forces control about 60% of the territory of Zaporozhye province, including the city of Zaporozhye itself, while "the sites occupied by Russia are located on the outskirts and constitute about 20% of the total area of ​​the province."

The President of the Russian Federation Council, Valentina Matvienko, expressed her country's readiness to stop its military operations and negotiate with Ukraine, but according to Russian conditions.

The President of the Russian Federation Council stressed that the regions of Crimea, Donbass, Zaporozhye and Kherson are not negotiable, because they have become part of the Russian territory, as she put it.

Last week, Russian President Putin signed laws to annex the Ukrainian regions of Donetsk, Lugansk, Kherson and Zaporozhye to Russia, which were rejected by Kyiv, its Western allies and the United Nations.

Matvienko added that the West had no tools left to harm Russia's reputation but to promote what it described as lies about the possibility of Russia's use of nuclear weapons.

In the opposite camp, US President Joe Biden said that the threat of the nuclear threat had reached its highest level since the Cuban missile crisis in 1962, and warned that this heralded the "end of the world."

Biden added that the Russian president was not joking when he talked about the use of tactical, biological or chemical nuclear weapons.

The US president warned that the use of a low-yield tactical weapon could quickly spiral out of control and cause global devastation.

For its part, Japan announced - on Friday - imposing new sanctions on Moscow, against the background of Russia's annexation of 4 regions of Ukraine.

"We have decided to take measures to freeze the assets of some Russian officials directly involved in the process of annexing some eastern and southern regions of Ukraine," Japanese Foreign Minister Yoshimasa Hayashi said at a press conference.

Hayashi added that Japan cannot condone a unilateral attempt to change the status quo in Ukraine by force.

The United Nations General Assembly - made up of 193 members - is scheduled to discuss Russia's annexation of Ukrainian regions, on October 10.

In Kyiv, Ukrainian presidential spokesman Sergei Nikiforov said the president was referring to sanctions against Russia when he said pre-emptive strikes were necessary to prevent any use of nuclear weapons.

On Thursday, the Ukrainian president spoke of "preventive strikes" against Russia, after Vladimir Putin threatened to use nuclear weapons to defend territories considered Russian by the Kremlin.

The Ukrainian presidency quickly retreated, asserting that Zelensky was talking about preventive "sanctions" not strikes, and Nikiforov said that the insinuations of using nuclear weapons "was only waved by the terrorist state of Russia, and you will never hear such calls from Ukraine."

The Kremlin condemned the call for the start of a "new world war", while Russian Foreign Minister Sergey Lavrov considered that such statements justify the special military operation launched by his country in Ukraine.