More than 5 thousand appeals: RT found out what violations are most often complained about during partial mobilization

After the announcement of partial mobilization, the editorial office of RT received more than 5 thousand complaints about violations during conscription. Most often, they concerned non-compliance with the age limit, lack of combat experience and the presence of diseases that did not allow them to serve. Now the prosecutor's office and regional governments are working with these appeals. Some of them were solved, and illegally mobilized returned home. 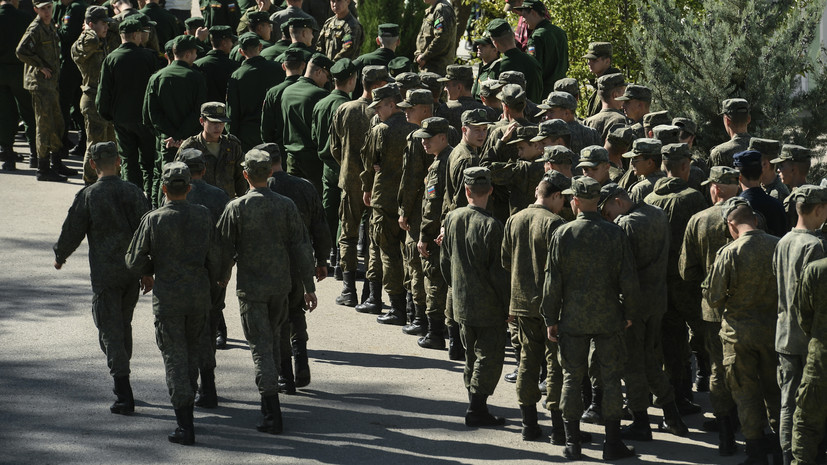 On September 21, Vladimir Putin announced a partial mobilization in Russia.

As explained in the Ministry of Defense, first of all, those who had served, had combat experience, as well as a certain military registration specialty, were to be called in the first place.

However, summonses began to arrive not only to those who had not served and had no combat experience, but also to fathers of many children, the disabled, and citizens unfit for military service for health reasons.

So, in the first five days after the start of mobilization activities, the editors of RT received about 2 thousand requests to deal with the illegality of the draft.

To date, there have been more than 5,000 such applications.

Most often, residents of Moscow, the Moscow Region, the Krasnodar Territory and St. Petersburg apply.

The largest number of complaints is about violation of the age limit (756).

A little less often, we were informed about the lack of combat experience and the presence of diseases that prevent us from serving - 620 and 361 appeals, respectively.

Also, military registration and enlistment offices have repeatedly tried to mobilize fathers of many children who are raising four or more children under the age of 16.

Also on russian.rt.com “The lists have been drawn up, we don’t need you”: how a number of military registration and enlistment offices refuse to take volunteers to participate in the SVO

So, the summons was handed to a 38-year-old resident of Krasnogorsk near Moscow, Yevgeny Makarov.

He could not come to the military enlistment office on the appointed day due to illness, about which he notified the employees.

The eldest son lives with his ex-wife Eugene, but often sees his father.

After the publication of RT, the deputy head of the administration of Krasnogorsk, Alexander Butenko, contacted the man and said that he would not be taken away.

Following Makarov, they called from the guardianship authorities and explained that the military registration and enlistment office had requested information about marital status.

Since only three children were included in the certificate of a large family, Makarov was recommended to enter a fourth child.

After the document was reissued, the man was given a new status and the summons was withdrawn.

The man has a disability of II group.

Having received the summons, Syrovatsky came to the military registration and enlistment office with all the medical documents, but he was still obliged to come with things to the training camp.

Also on russian.rt.com, Shoigu said that students of commercial universities with state accreditation are not subject to mobilization

“Yes, I am an officer, but I understand that I will become only a burden,” says Syrovatsky.

- If I were healthy, I would go myself.

I will run at dusk - I will crash into the trees.

They checked my certificates on the EMIAS system, everything was confirmed, but they still said that they were calling.”

They paid attention to the story and the agenda was withdrawn.

Another story related to a disease that does not allow military service came to the editor from Perm.

They wanted to mobilize a local resident, 42-year-old Anatoly Petrov, despite the fact that he has an artificial heart valve.

With such a device, serious loads are contraindicated for him.

However, the military registration and enlistment office did not conduct a medical examination.

RT informed the governor of the Perm Territory about this situation, after which the answer came that in the case of Petrov they had already sorted it out and removed him from the shipment.

The man was sent for examination to a medical institution for the issuance of a medical report.

A resident of the city of Mezhdurechensk, Kemerovo Region, 43-year-old Andrey Gusev suffers from many diseases.

At the military registration and enlistment office, where he appeared on the agenda, they did not look at medical certificates, according to him, and told him to come to the training camp.

Because of the experiences, Gusev had an attack on the background of pancreatic necrosis.

He ended up in the hospital.

After the publicity of this story, Gusev's wife Olesya was invited to an appointment by the mayor of Mezhdurechensk Vladimir Chernov and promised that after discharge he would be sent for further examination and put on a military ID category G - temporarily unfit for military service.

In addition, according to Guseva, on the day the conscripts were sent to the military training camp, the military registration and enlistment office asked who wanted to go as volunteers.

There were a lot of them, and they were taken away instead of those who did not pass according to health and other criteria.

On September 29, at a meeting with the permanent members of the Security Council of Russia, Vladimir Putin demanded that all mistakes made during mobilization be corrected and those citizens who are entitled to a deferral be returned: fathers of many children, people suffering from chronic diseases or already over military age.

Prosecutor General Igor Krasnov was instructed to oversee the progress of the mobilization measures.

Thanks to the joint work of RT with the governments of the regions and the prosecutor's office, about 300 illegally mobilized citizens have already been returned.