France: after the dismissal of a prefect of police, hundreds of agents demonstrate

The judicial police are in shock in France. The head of the southern zone of France was sacked, apparently sanctioned after an action by his police officers opposed to a reform of the PJ, Thursday… 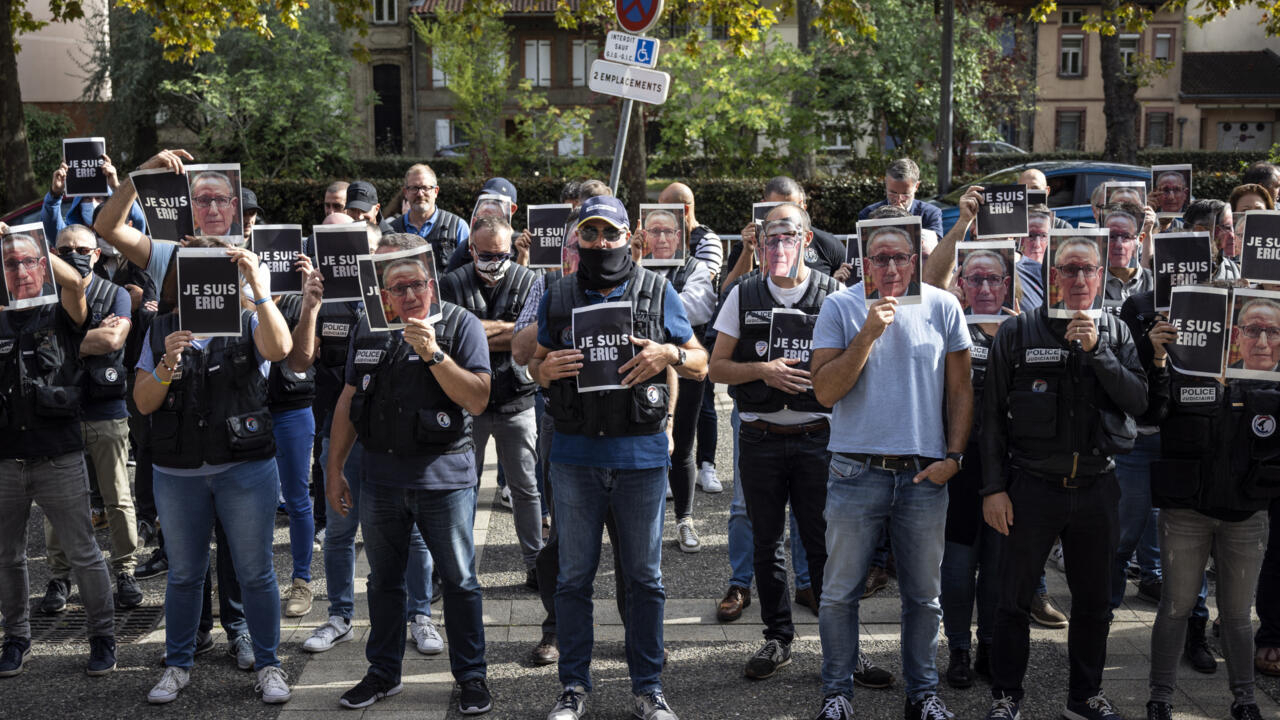 France: after the dismissal of a prefect of police, hundreds of agents demonstrate

The director of the judicial police, Eric Arella, was dismissed by the director general of the national police, Frédéric Veaux, on October 7, 2022. © Lionel Bonaventure, AFP

The judicial police are in shock in France.

The head of the southern zone of France was sacked, apparently sanctioned after an action by his police officers opposed to a reform of the PJ, Thursday, October 6, during a visit by the boss of the national police.

Since its announcement, the reform of the police has aroused enormous reluctance.

All the services of a department would be placed under the same direction, depending on the prefect.

On the side of the judicial police, there are fears of serious consequences on the ability of the agents to investigate the most sensitive cases.

Traveling to Marseille this Thursday, October 6, Frédéric Veaux, the director of the national police, paid the price for this opposition.

He was greeted by 200 anti-reform police officers and had to wade through a line of officers, arms crossed and silent.

A reception that he tasted only a little: 24 hours later, Eric Arella, boss of the southern zone of the PJ was dismissed without notice.

On the side of the direction of the national police, we do not hide it from our colleagues from AFP: he is paying the price for his disloyalty.

Eric Arella is supported by the magistrates.

In a strong gesture, the French Association of Magistrates published a press release in which it denounced a “

Hundreds of police took to the streets on Friday across France to protest his ouster.

In Marseille, reports our

there were 200 police officers to pay tribute to him.

I'm 25 years old in the police, this is the first time I've seen this

It's really an investigator's reaction, they don't understand that our director, because he may have given opinions that didn't suit the general manager, jumps like that from one hour to the next.

My colleagues made him a guard of honor, in the most total silence,

continues Christophe, whose colleagues participated in the protest organized during the visit of Frédéric Veaux.

The idea was not to be insulting, and to be respectful, but to show that we were there, on the one hand, and above all not to put Mr. Arella at odds.

So we wanted to do something professional.

Thomas, he is upwind against this reform which aims to bring together all the police officers of each department under the authority of a single director appointed by the prefect.

The fear of judicial police personnel

is having to go and help their public security colleagues, who are overwhelmed by the volume of cases to be processed, and, in doing so, they will no longer have to all the time, nor the means, to carry out their own missions.

The Marseille PJ police have decided to lay down their arms until further notice.

In Nantes, also about forty officials of the PJ gathered to protest.

All in line in front of the police station, describes our correspondent in Nantes,

masked, with their criminal police badge crossed out.

One by one, the officers throw their handcuffs or police armbands on the ground.

A sign of opposition in a sector that is used to being discreet.

But the PJ is angry, the police denounce a reform which will reduce the investigation for the presence on the ground.

It doesn't make sense, it's communication

, gets angry a big bearded guy, at the Nantes PJ for more than 20 years.

Putting blue on the field is good, but it takes investigation to face the criminals!

And yet, no one dares to speak on the microphone, for fear of the consequences.

We can't, you have seen what happens to those who dare to oppose.

I have a family to feed, there is too much to lose

”, breathes one of the police officers present.

Disgusted, angry, in incomprehension, the policewoman resents her direction, and the words are strong.

This investigator even speaks of "

" about the treatment reserved for directors who oppose this reform.

► To read also: France: a magistrate will be appointed at the head of "the police of the police"