Erdogan: Many countries are ready to help if Washington does not sell us F-16 fighters

Turkish President Recep Tayyip Erdogan said that if Washington does not meet his country's need for F-16 fighters, there are many countries that can do this, pointing to the precedent of Turkey's purchase of the Russian S-400 system. 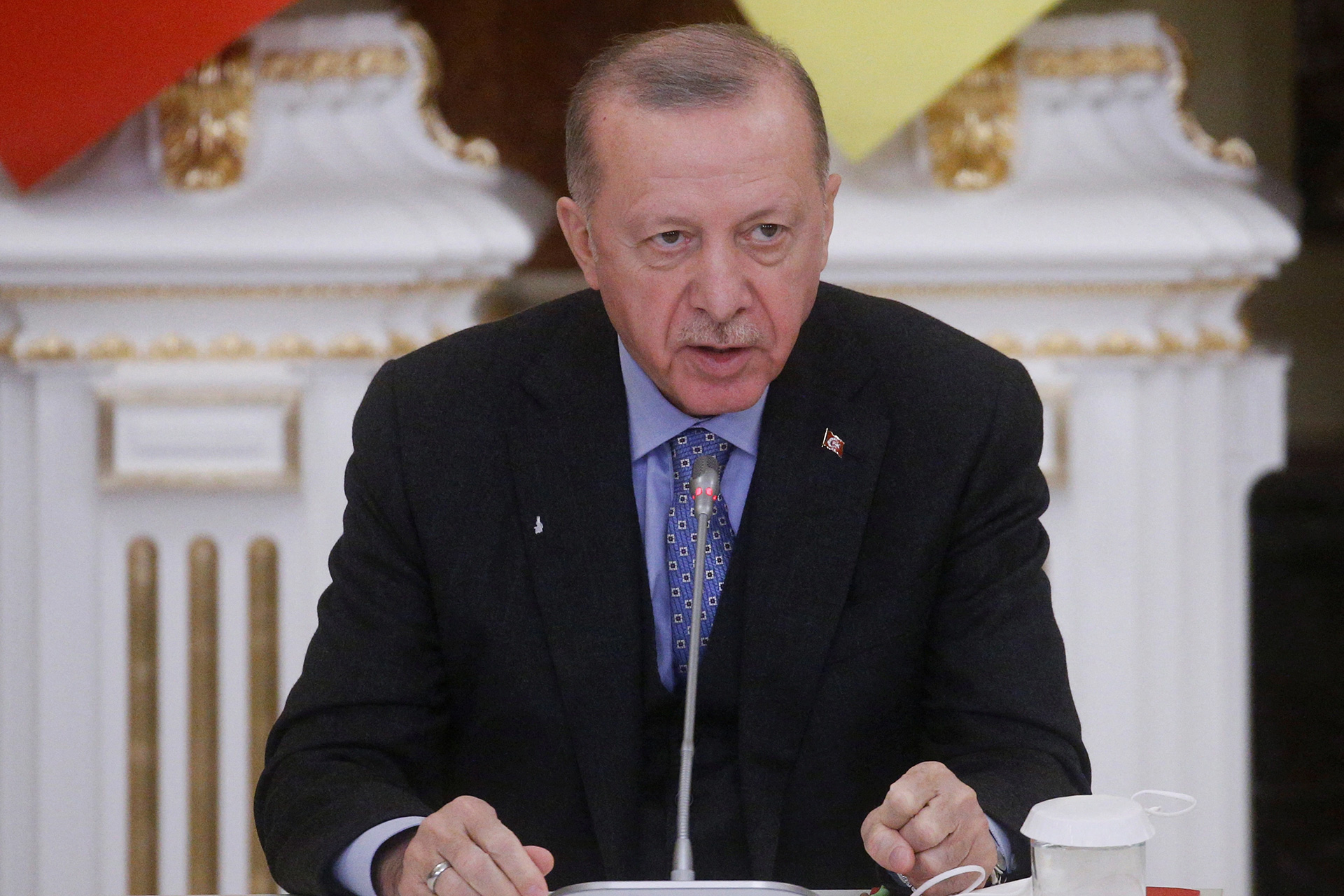 Turkish President Recep Tayyip Erdogan said that if the United States does not meet his country's need for F-16 fighters, there are many countries that can do this.

Erdogan added, in statements he made on Friday, that Turkey can repeat what it did previously when it bought the Russian S-400 system instead of the American Patriot missiles.

On the other hand, the Turkish president announced that his country has armed and drones currently stationed in Turkish Cyprus, and that Turkish fighters can reach northern Cyprus in a short period of time immediately after taking off from the mainland of Turkey, stressing the need to ensure the security of that country from all sides.

This came during statements to reporters accompanying him on the plane upon his return from the Czech capital Prague, which he visited Thursday to participate in the summit of the European political community, where Erdogan was responding to a journalist's question about the steps Ankara might take against the background of the statements of the Turkish Cypriot Foreign Minister.

Turkish Cypriot Foreign Minister Tahsin Ertuğruloğlu had said that his country had given the United Nations a one-month deadline;

Either you recognize us or you withdraw the peacekeeping force from Cyprus.

Erdogan's comments come against the backdrop of a decision taken by Washington on September 16, to extend the lifting of the arms embargo on Greek Cyprus for a year during the 2023 fiscal year.

Cyprus has been suffering since 1974, a division between Turkey in the north and Rumi in the south, and in 2004 the Greek Cypriots rejected a plan presented by the United Nations to unite the two parts of the island.

Since the collapse of the UN-sponsored Cyprus reunification talks in Switzerland in July 2017, no formal UN-brokered negotiations have taken place to settle the dispute on the island.

On the other hand, after performing Friday prayers in Istanbul, the Turkish president said that he is expected to meet with Russian President Vladimir Putin in the coming days on the sidelines of the Conference on Cooperation and Confidence Measures in Asia, noting that Putin thanked Ankara for its mediation between Moscow. and Kiev.

Erdogan added that his expected meeting with Putin will discuss bilateral relations, as well as the Russian-Ukrainian file.