In the Artyomovsky direction: the Ministry of Defense of the Russian Federation announced the liberation of the village of Zaitsevo in the DPR

Allied forces have liberated the town of Zaitsevo in the Donetsk People's Republic, Russian Defense Ministry spokesman Igor Konashenkov said. This happened due to offensive actions in the Artyomovsky direction. Meanwhile, on the Andreevo-Krivoy Rog and Kupyansk directions, they managed to repulse all the attacks of the Armed Forces of Ukraine. Also, Russian troops continue to strike at places of concentration and temporary deployment of the enemy along the entire front line. 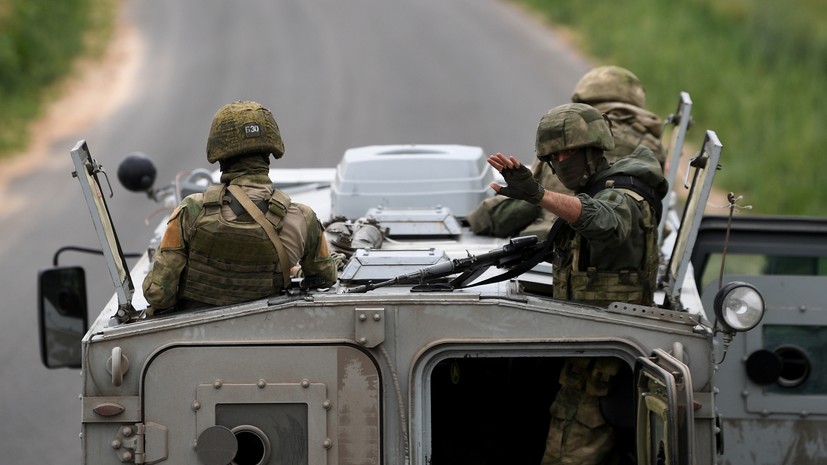 As a result of offensive actions in the Artyomovsky direction (DPR), the allied forces liberated the settlement of Zaitsevo.

As the official representative of the Russian Defense Ministry, Lieutenant-General Igor Konashenkov, said during the briefing, more than 120 servicemen of the 58th motorized infantry and 128th mountain assault brigades of the Armed Forces of Ukraine were liquidated here during the day, and three infantry fighting vehicles were also destroyed.

“In the area of ​​\u200b\u200bthe settlement of Novy Komar of the Donetsk People’s Republic, up to 60 military personnel of the 56th motorized infantry brigade of the Armed Forces of Ukraine, two tanks and five vehicles were destroyed by air strikes from the army aviation of the Russian Aerospace Forces,” Konashenkov said.

According to him, in the Kupyansk direction, the enemy, with forces of up to three battalion tactical groups, made an unsuccessful attempt to resume the offensive in the area of ​​\u200b\u200bthe settlements of Pershotravneve, Kislovka and Berestovoe.

“By decisive actions of the Russian troops, all attacks were repulsed.

More than 120 military personnel of the Armed Forces of Ukraine, five tanks, 12 armored fighting vehicles and 14 vehicles were destroyed, ”said a representative of the Ministry of Defense.

Meanwhile, in the Kharkiv region, in the area of ​​​​the settlement of Petrivske, two Ukrainian sabotage and reconnaissance groups were destroyed by artillery fire.

According to the Ministry of Defense, 25 militants and two pickup trucks with large-caliber machine guns mounted on them were liquidated.

Konashenkov stressed that Russian units stopped attempts by the Armed Forces of Ukraine to break through the defenses in the Andreevo-Kryvyi Rih direction.

During the day, the enemy, with the forces of four battalion tactical groups, repeatedly tried to break through in the direction of the settlements of Dudchany, Sukhanovo, Sadok and Bruskinskoye.

“In all directions, the enemy has been thrown back from the line of defense of the Russian troops.

Also, three pontoon crossings of the Armed Forces of Ukraine across the Ingulets River were destroyed by high-precision strikes.

“Strikes by operational-tactical and army aviation, missile forces and artillery hit eight command posts of the Armed Forces of Ukraine, 63 artillery units in firing positions, manpower and military equipment of the enemy in 173 districts in a day.

Four depots of ammunition and rocket and artillery weapons were destroyed,” Konashenkov said.

Also during the day, two Ukrainian batteries of Grad multiple launch rocket systems were hit, two Ukrainian aircraft were shot down in the sky over the DPR: a MiG-29 fighter and a Su-24 front-line bomber.

Also during the day, there were reports that several HIMARS MLRS missiles were shot down near the Antonovsky bridge in Kherson.

In turn, the press service of the Russian Guard stated that over 20 militants were liquidated on the territory of the LPR with the participation of the agency’s fighters, a tank, a self-propelled artillery mount, and eight units of special vehicles were destroyed in a day.

“In addition, during the search activities, the National Guard discovered an enemy ammunition depot.

13 artillery shells, 25 hand grenades, more than 640 rounds for grenade launchers, 26 kg of explosives and over 12,000 rounds of ammunition were seized,” the release says.

Also, the National Guard together with representatives of the military-civilian administration of the Kherson region delivered humanitarian aid to the inhabitants of the region.