If only Han Dong-hoon comes out... Hot judges, you must fight hard

Amid the third day of state audits at the National Assembly, the ruling and opposition parties clashed fiercely on each issue in the National Inspectorate of the Ministry of Justice, attended by Minister of Justice Han Dong-hoon. Reporter Jang Min-seong reports. 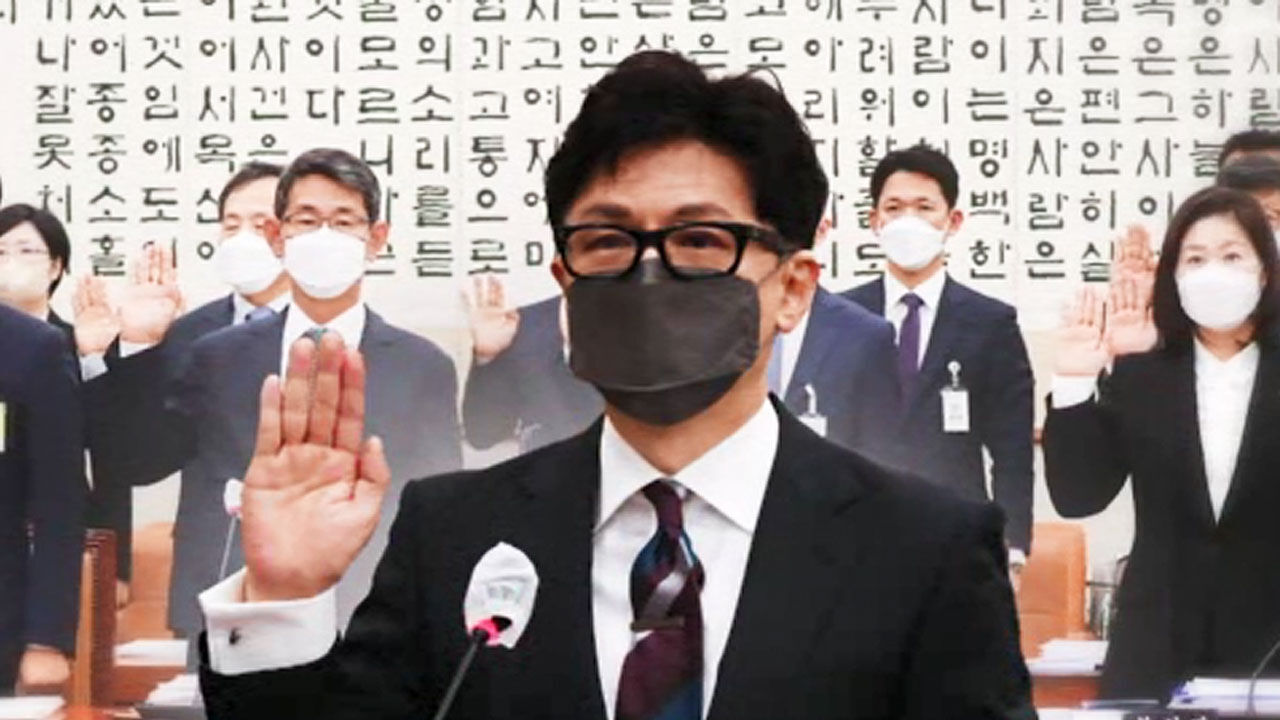 During the third day of state audits at the National Assembly, the ruling and opposition parties clashed fiercely on each issue at the Ministry of Justice National Audit, attended by Minister of Justice Han Dong-hoon.

Democratic Party opened the door to the offensive through a text message from Yoo Byung-ho, Secretary General of the Audit Office, from the beginning of the Ministry of Justice state audit.

[Rep. Kim Nam-guk/Democratic Party: It seems that the presidential office is actually behind the targeted investigation into the current government

in question (which raises suspicion.)]

[Soo-Jin Cho / Rep. of People's Strength: Despite the fact that (former President Moon Jae-in) acted very rudely to the people, the Democratic Party of Korea is leading the black propaganda and agitation of political retaliation.]

A question that started after 1 hour and 20 minutes after a nerve war.

The opposition and the opposition had a fierce battle over the prosecution's investigation into the allegation of donations to Seongnam FC.

To the Democratic Party that the blade of the retaliatory investigation is running rampant,

[Kim Seung-won / Democratic Party member: The Yoon Seok-yeol administration is running rampant like a train, wielding the blade of the situation mercilessly toward the opposition party with the prosecution leading the way.]

It is an investigation that started with the last government .

The willpower was met.

[Jeon Joo-hye / Rep. of People's Power: I think this is a very late investigation.

Because, regarding the suspicion of preferential treatment for Seongnam FC, I wish the investigation had already been properly conducted last year...

Minister of Justice Han Dong-hoon said this while keeping a distance, saying that the prosecution will investigate fairly.

[Han Dong-hoon / Minister of Justice: In the case of a third-party bribery case, it is not the first case.

Various legal principles have already been accumulated in our society.] A

war of words continued over the bill to reduce the prosecution's investigative powers.

[Kwon Chil-seung / Democratic Party Member: (In the meantime) Because the prosecution caused various problems through too much investigative power…

[Han Dong-hoon / Minister of Justice: On the verge of a sudden change of government?

Didn't you tell me before that?]

Regarding the 'Yunseok Train' cartoon, Minister Han said that if he had been a judge, he wouldn't have given the award.