This is how it happened when Gudrun Schyman danced with Pharell: "It's not like the entire Globe screamed out loud with joy"

Feminist Initiative was less than one percentage point away from entering the Riksdag in 2014 after a successful election campaign that culminated in the party leader dancing in the Globe - alongside world star Pharrell Williams. The party's communicator Mia Starck remembers how it all happened. 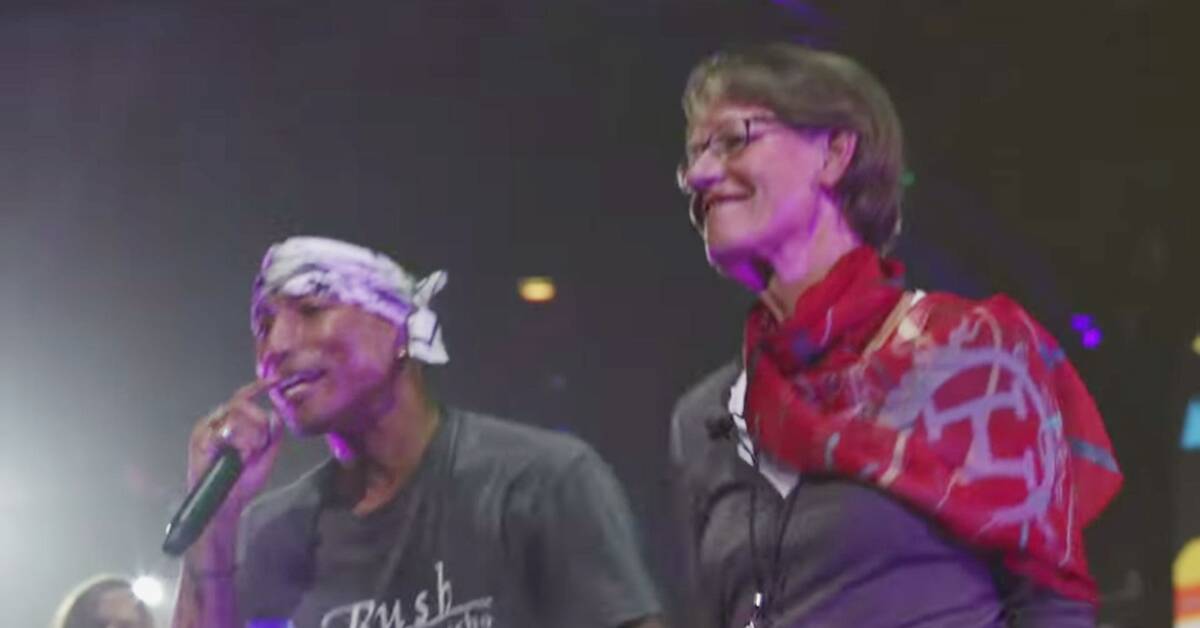 Two elections ago, the Feminist initiative had wind in its sails.

Opinion polls indicated that the party had the opportunity to enter the Riksdag and on social media the party ran a successful election campaign.

Among other things, Fi released an election album with 65 artists who supported the party - and the night before the election, global star Pharrell Williams invited party leader Gudrun Schyman to dance a few steps to the mega-hit "Happy".

Maria Starck worked, and still works, as a communicator for Fi, and she remembers the slightly different election pace.

- His Swedish team started talking about there being an election, so he got curious about that.

They talked about Gudrun Schyman as a lovely aunt who liked to dance a little, she says in Politikbyrån and continues:

- Gudrun had started getting ready for the night when we called her and asked her to put her boots back on and jump into a taxi.

"It's not like the entire Globe screamed with joy"

The reactions were mixed.

- It wasn't like the entire Globe screamed with joy.

He (Pharrell Williams, ed. note) might not have thought of it but some might think that the Feminist Initiative's politics are controversial in some way.

He probably just thought it was fun and saw it as quite harmless.

In the election in September 2022, the Feminist initiative received only 0.05 percent of the vote.

- Fi is associated with questions that may not seem to be relevant at the current time.

These are values ​​that you can put away a little from time to time, but it is politics that would be needed in this climate, says Maria Starck.