The Ukrainian army continues its counter-offensive in the South

Ukrainian troops are continuing their counter-offensive, regaining a little more ground every day in the region of Kharkiv (north-east) and Kherson (south), according to information from the army… 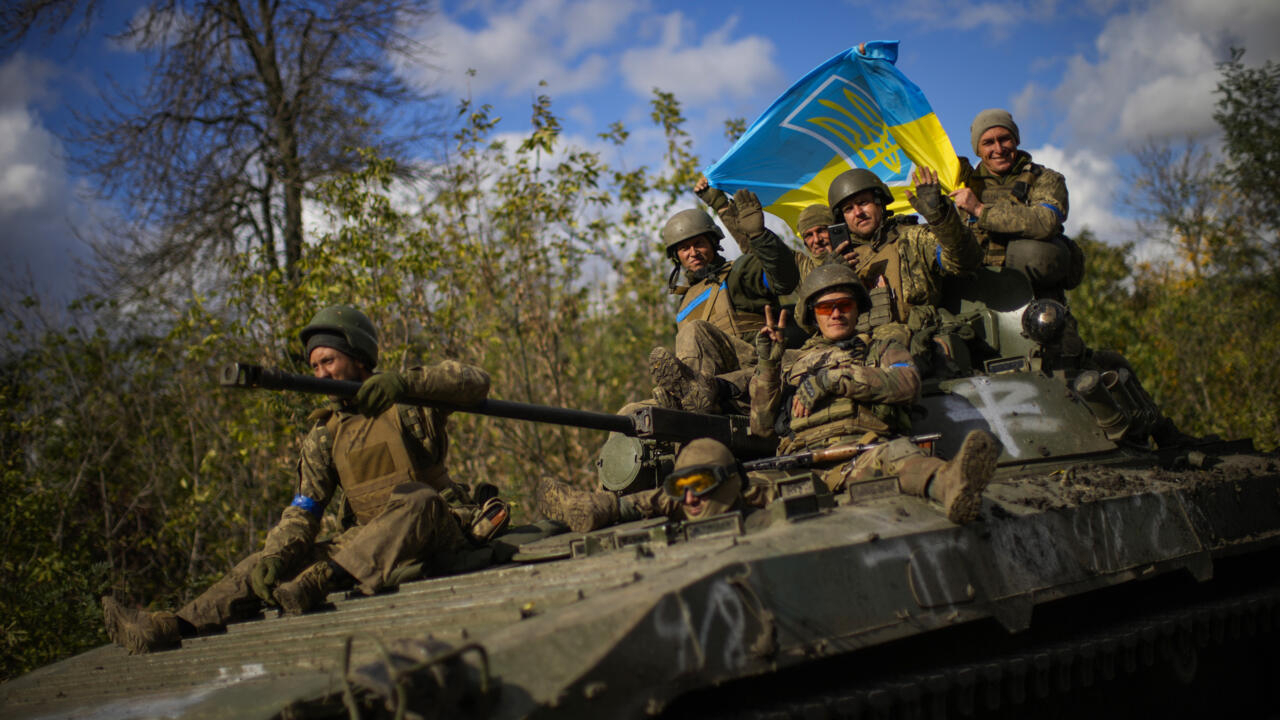 The Ukrainian counter-offensive is well underway.

The Russian army retreated on Tuesday, October 4, in the region of Kharkiv (north-east) but also in that of Kherson (south), according to maps presented by the Russian Ministry of Defense, illustrating the latest successes of the counter- Ukrainian offensive in the territories annexed by Moscow.

These maps, compared to the one from the day before, show that the Russian forces have left a large number of localities in the Kherson region, including Dudchany, on the western bank of the Dnieper River, while the Ukrainian army is conducting a counter-attack there. offensive which has struggled to break through until now.

The situation on the ground in Ukraine on October 4, 2022. © Wikimedia

The map of the Kharkiv region (northeast) shows that the Russians have left almost all of the eastern bank of the Oskil River, the last area of ​​the region they still controlled.

However, the Russian army has not announced a withdrawal, nor commented on this visible decline on the maps.

The Russian occupation authorities in southern Ukraine have called for their side not to "panic", despite a series of bitter setbacks.

"Rapid and powerful" advances on the Ukrainian side

The head of the Russian occupation in Kherson, Vladimir Saldo, was the first to admit a Ukrainian "breakthrough" and in particular the loss of the village of Dudtchany, before assuring that the Russian air force had "stopped" the Ukrainian advance, in an interview on Monday afternoon, published on his Telegram page on Tuesday.

According to Western and Ukrainian estimates, some 20,000 Russian soldiers are stationed in this area.

Ukrainian President Volodymyr Zelensky, for his part, on Tuesday claimed "rapid and powerful" advances by his army in the South, reporting "tens" of localities taken over from the Russians in this region and in the East.

The Ukrainian army is making "rather rapid and powerful advances in the south of our country", he said in his daily address published on social networks.

"Dozens of localities have been liberated just this week" in the four regions annexed at the end of last week by Russia, he said.

Ukrainian forces have concentrated fire in recent weeks on Russian positions and warehouses on the right bank of the Dnieper as well as the bridges spanning this river in order to cut off Russian supply lines.

The Russians "built a pontoon on the water, but the Ukrainians touched it twice and destroyed it", she told AFP by telephone, suggesting a difficult withdrawal of Russian troops, cut in half by the Dnieper.

However, kyiv is still silent on its progress in the south of the country.

“New localities have been liberated”

"(The Russians) abandon their positions and withdraw to a safe distance, destroy their ammunition stocks, try to destroy the bridges", simply wrote on Facebook the Ukrainian general staff.

In addition, for several days, videos of Ukrainian soldiers raising their flag in villages in the northern Kherson region have multiplied online.

The chief of staff of the Ukrainian presidency, Andriï Yermak, posted a message of emoticons on Telegram showing Ukrainian flags and a watermelon, a fruit of which the Kherson region is a major producer.

Russian troops seized at the start of the invasion of Ukraine from Kherson, on the Dnieper River, the only regional capital they managed to conquer.

After a series of crushing defeats in northern and eastern Ukraine, Russia decided to annex the regions of Lugansk, Donetsk, Kherson and Zaporizhya, which it controls at least in part, and decreed a mobilization of hundreds of thousands of reservists.

But two days after the annexation ceremony, President Zelensky announced the takeover of Lyman, a strategic railway junction in eastern Ukraine, inflicting a new snub on Moscow.

The mobilization of reservists in Russia has also been chaotic, with the army coming under fire for calling up many reservists who should have been exempted for health or family reasons.

Russian Defense Minister Sergei Shoigu said that since the September 21 mobilization order, more than 200,000 people had joined the army.

"The training of the personnel of the (newly) formed units is carried out on 80 military fields and in six training centers," he added.