Talks continue.. Washington is concerned about the Houthis' refusal to extend the truce in Yemen

The US special envoy to Yemen, Tim Lenderking, said that Washington is concerned about the Houthis' rejection of the United Nations' offer to extend the armistice in Yemen that expired last Sunday, calling on them to show more flexibility. 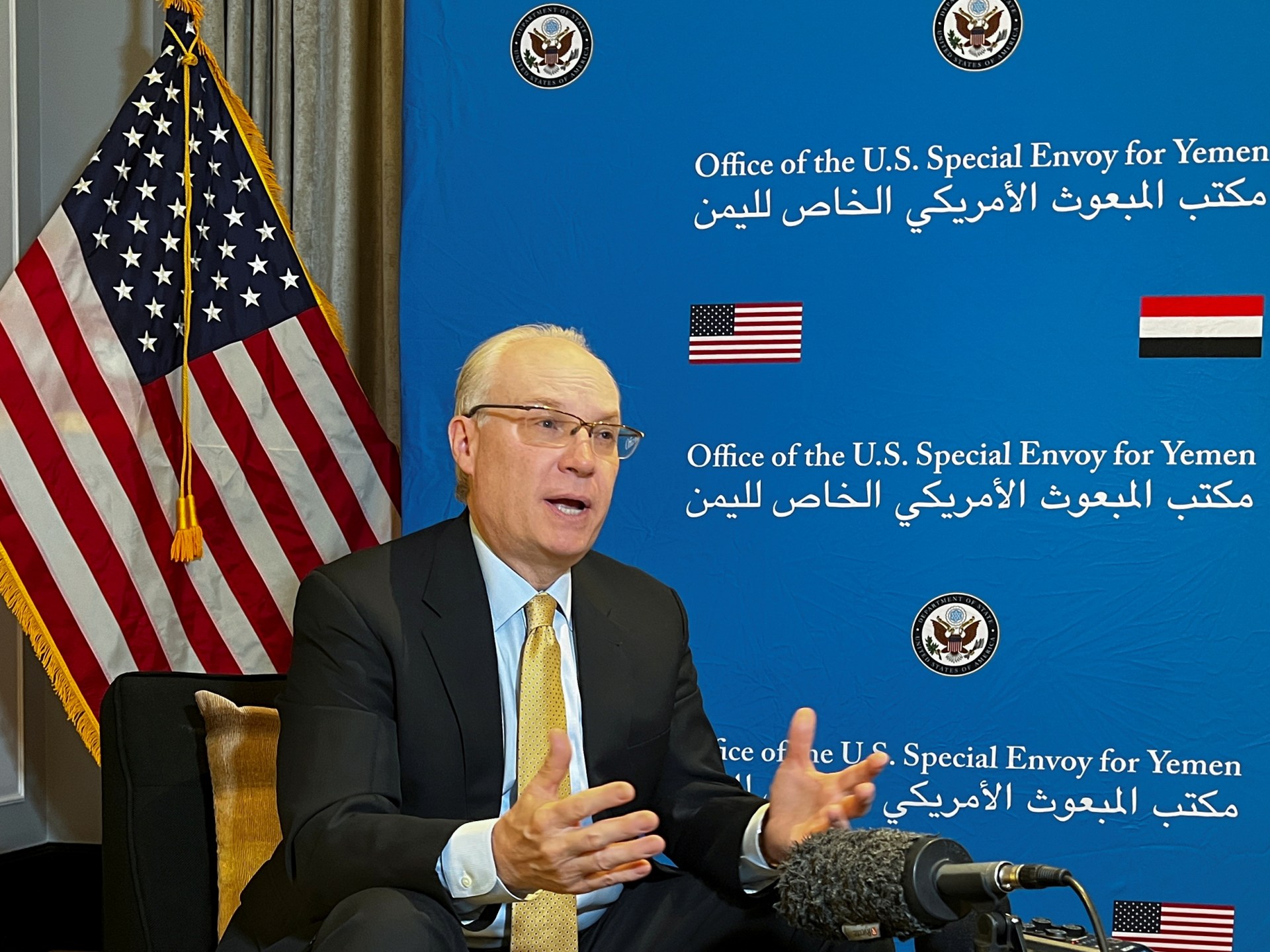 The US special envoy to Yemen, Tim Lenderking, said that Washington is concerned about the Houthis' rejection of the United Nations' offer to extend the armistice in Yemen that expired last Sunday, calling on them to show more flexibility.

Lenderking added that the Houthis had imposed impossible demands to extend the truce, and that if they showed flexibility, the door would be opened to the option of peace, explaining that it was important for the Houthis to return to the negotiating table.

The first truce, agreed for the first time in April, gave Yemen the longest relative lull in the seven-year conflict between the legitimate government, backed by a Saudi-led military coalition, and the Iran-aligned Houthis.

Lenderking explained that there are two options;

Either return to war, or extend and expand the armistice.

He pointed out that the level of violence in Yemen is still low, fuel ships are still unloading their cargo at the port of Hodeidah, and civil aviation continues from Sanaa airport.

The US envoy said that basic elements of the truce in Yemen are still in place, and the talks led by the United Nations and US diplomacy are continuing.

On the second of this October, the armistice under the auspices of the United Nations ended in Yemen, after it was extended twice.

And on Sunday, the so-called Supreme Political Council of the Houthis, in a statement issued after a meeting in the capital, Sanaa, announced its rejection of a UN proposal to extend the armistice, because it did not meet the demands of the Yemenis, as he described it.

As for the Yemeni government, it announced, on Saturday, through an official source, that it would deal positively with a UN proposal to extend the armistice.

Among the most prominent provisions of the truce: a ceasefire, the restart of commercial flights through Sanaa International Airport, the flow of fuel to the port of Hodeidah (west) and the opening of the roads of the city of Taiz besieged by the Houthis.