Although Iranian pop singer Shervin Hajipour has been silenced, his impassioned song in support of the protests following the death of Mahsa Amini remains an unofficial anthem for the movement. 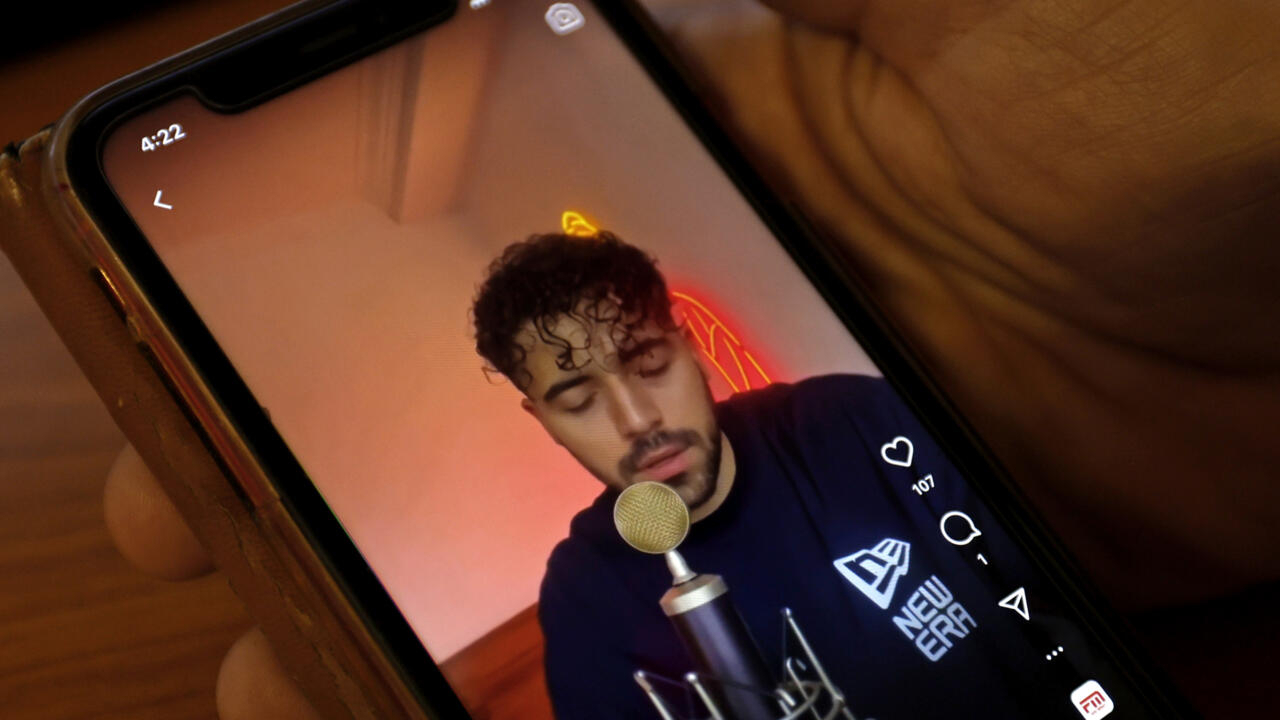 The song "Baraye" reached almost 40 million views on Instagram before being deleted when Shervin Hajipour was recently arrested in northern Iran.

But he has since been released on bail and has distanced himself from political life, presumably a condition for his release.

"Baraye", which means "For" or "Because of" in Persian, compiles tweets about the protests and depicts the daily mobilizations of citizens, which have earned them lawsuits from the Iranian authorities.

It also underlines the concerns of the population regarding the shortages caused by the economic sanctions imposed on Iran and their management by the authorities of the country.

"Because of the embarrassment of the empty pocket, Because we long for a normal life… Because of this polluted air."

"Baraye" resonates in buildings across Iran at night, in support of protests sparked by the death in custody of Mahsa Amini on September 16, after she was arrested in Tehran by vice squad who accused her of violating the strict dress code requiring in particular women to wear the veil.

This weekend, the song was also sung by Iranians in the diaspora at rallies in more than 150 cities around the world.

In a video shared by the New York-based Center for Human Rights in Iran, a group of headscarfless schoolgirls can be seen singing "Baraye" in class with their backs to the camera.

"Baraye" has inspired numerous covers, including one by Jerusalem Post columnist Emily Schrader, who said she learned the song in Persian and filmed herself on Instagram performing it, garnering more than 650,000 views.

His family had been informed on Saturday of his arrest in Sari, in the north of the country, said the reformist newspaper Shargh in articles quoting his sister, Kamand Hajipour.

In a post on Instagram, the latter said that her parents had been informed of her arrest by telephone by the services of the Ministry of Intelligence of the city.

Shortly after his release, Shervin Hajipour was back on Instagram, but this time to apologize and distance himself from political life.

"But I'm sorry that some particular movements based outside of Iran, with which I have no connection, have misused the song politically."

"I would not trade my country for any other and I will stay for my homeland, my flag, my people, and I will sing," he added.

Human rights organizations, including Article 19, have repeatedly called on Iran to stop using coerced confessions, which they say were obtained under duress or even torture.

Recently, a young Iranian woman, Sepideh Rashno, disappeared in Tehran after being involved in an argument with another woman who accused her of removing her veil on board a bus.

She was detained by the powerful Islamic Revolutionary Guard Corps and made a television appearance, which activists called a forced confession.

She was later released on bail in late August.