Gargash: The future directions of the UAE focus on strengthening partnerships to achieve stability and peace in the region

During the official opening of the work of the second day of the Arab Media Forum in its 20th session, which was held under the patronage of His Highness Sheikh Mohammed bin Rashid Al Maktoum, Vice President and Prime Minister of the UAE and Ruler of Dubai, and in the presence of His Highness Sheikh Ahmed bin Mohammed bin Rashid Al Maktoum, Chairman of the Dubai Media Council , 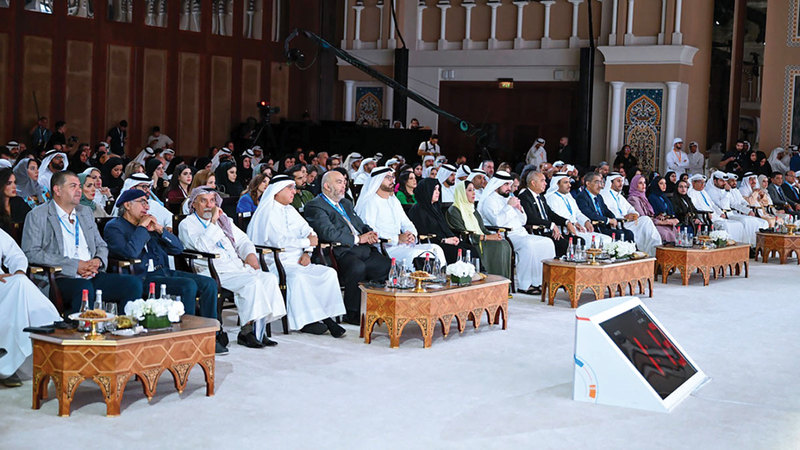 Gargash: The future directions of the UAE focus on strengthening partnerships to achieve stability and peace in the region

During the official opening of the work of the second day of the Arab Media Forum in its 20th session, which was held under the patronage of His Highness Sheikh Mohammed bin Rashid Al Maktoum, Vice President and Prime Minister of the UAE and Ruler of Dubai, and in the presence of His Highness Sheikh Ahmed bin Mohammed bin Rashid Al Maktoum, Chairman of the Dubai Media Council Her Highness Sheikha Latifa bint Mohammed bin Rashid Al Maktoum, President of the Dubai Culture and Arts Authority (Dubai Culture), and a group of Arab and international media officials and leaders. At the present time, as a result of the regional and global crises during the last decade, including the “Arab Spring”, the “Corona” pandemic, the Yemeni crisis, and finally the Russian-Ukrainian crisis, and the chances of getting out of its consequences.

This came during the session, which was held under the title “The Middle East… The Theater of Great Change.” Gargash hosted and moderated the dialogue on Al Arabiya TV, Taher Baraka. It has comprehensive repercussions, not only on the region, but on the whole world, including Europe, stressing that the UAE was successful in achieving the required balance in dealing with the repercussions of this crisis, despite the attempt of each camp to gain supporters for its position, as the UAE called from the beginning for a political solution Fast forward to this crisis while adhering to the rules of international law, and based on this approach, the UAE voted in the Security Council session recently against Russia's announcement of the annexation of four Ukrainian regions to it.

Dr. Anwar Gargash said that despite the difficult situation for many countries, the position of the UAE from the beginning until now is to maintain this balance, and to call for a political solution based on adherence to the rules of international law, stressing that we live in a region that must be governed by international relations, which resulted in The repercussions of this crisis on major economic challenges related to inflation, energy supply and food security, which is why countries began to think about energy prices and alternatives, and the availability of food for the next two decades, and these crises were its precursors with the “Corona” pandemic crisis.

Gargash said that so far, there does not seem to be a political solution soon, given the raging political conflict between the United States and the West on one side and Russia on the other, stressing that the UAE adheres to its vision and positive stance based on adherence to the rules of international law and the political solution represented in the search for a quick peaceful solution. This vision and direction are shared by more than 100 countries around the world.

On the future effects of this crisis, the diplomatic advisor to His Highness the President said that we are dealing with a crisis whose repercussions will affect the world for years. polarity that we see.

In response to a question regarding the extent to which the countries of the Middle East can be important to the world, and the direction of the UAE in the coming decades, Gargash said that the region has gone through an exceptional decade of global and regional crises, and the UAE focuses in its future direction on development, economy and promoting prosperity as a priority, and from The UAE was one of the few countries in the world with a population of about 10 million people and achieving a total GDP of $430 billion, adding that our approach in the next stage is to focus on the economy as a priority, with interest in finding various tributaries in the modern economy, in addition to the economy. In order to maintain our competitiveness, many legislations and laws have been issued that enhance the work environment and the economy.

He added that the second focus of the UAE's approach in the next stage is to rebuild bridges that were shaken as a result of the crises of the last decade, and for this the Abrahamic Agreement was reached, which encourages peace in the region and cooperation with Iran and Turkey, in addition to strengthening cooperation with our traditional partners such as Egypt and the Kingdom. Saudi Arabia, stressing that the goal of these two pillars represented in the priority of the economy and building and strengthening bridges of partnership is to achieve stability and prosperity for the region in general, and to enhance the competitiveness of the UAE locally, regionally and globally.

Gargash said: “We are aware that every country in the region has its own national priorities, but we want everyone to be partners in achieving the prosperity of the region as a whole, and this requires more efforts to get out of the repercussions of the so-called (Arab Spring) crisis, and to put out the fires that were associated with it. And it arose from it, and without paying attention to the agenda of prosperity, the region will be forgotten in the international system,” stressing that prosperity and the economy are necessary to prepare for the future, and this is what we see currently being achieved in the sisterly Kingdom of Saudi Arabia, as Egypt succeeded in getting out of the repercussions of the “Arab Spring” crisis, stressing the The need for the rest of the region to focus on creating job opportunities and strengthening their economies.

He added that there are some crises that are still ongoing, including the failure to reach a solution to the Yemeni crisis.

He said, "The failure to reach a ceasefire agreement in Yemen is a catastrophic matter, and an appropriate ground must be created that allows for political solutions and achieve peace and stability," stressing that the region will not assume its global position without achieving prosperity.

Regarding the existing opportunities in the region to take its place globally, Dr. Anwar Gargash said: "From all indicators, I find that there is an acceptance of partnerships from many countries in the region, including Iran, Turkey and Israel... Achieving partnerships appeals to everyone, and it is necessary to make a greater regional effort to enhance opportunities for prosperity and stability." .

Regarding the position regarding the talk about Israel launching military strikes on areas in Iran because of its nuclear program, Gargash explained that the basic rule is to respect the international system, and to refrain from judging the nature of the regimes in the region, adding: “It is true that we have many outstanding issues with Iran, but our approach is to pay attention to good neighborly relations and building partnerships in order to achieve stability and prosperity. As for what is said about military solutions with it, the whole region will pay the price. Efforts must be focused globally and regionally on political solutions and the continuation of dialogue, because their cost is less than the difficulties related to wars.” He added:“We have good bilateral relations with Iran within our partnerships with the countries of the region, and we do not want the region to spend another 10 years in wars, as the past decade was one of the toughest contracts for the countries of the region, and no sane person can accept a repeat of what happened,” adding that there are continuous attempts to improve Relations in the region, our relations with Turkey are developing for the better, and we are following the Egyptian-Turkish dialogue and Turkish-Saudi relations, adding that the challenges of “Covid-19” and the consequences of the crises of the past decade are before us, and we do not want them to continue.

He stressed the interest of the UAE in the economy and development work, and the search for everything that achieves prosperity, pointing out in this regard that the topics addressed by His Highness Sheikh Mohamed bin Zayed Al Nahyan, President of the State, with the leaders of the countries of the region and the world, are related to these positive matters, and were the focus of conversation His Highness with His Majesty Sultan Haitham bin Tariq, Sultan of Oman, during His Highness’ recent visit to the sisterly Sultanate of Oman, during which the focus was on issues related to providing water security to countries in the region, developing capabilities to ensure energy availability, strengthening economic partnerships, and doubling trade exchange, which currently amounts to About 50 billion dirhams.

The Diplomatic Adviser to His Highness the President of the State concluded recently at the Arab Media Forum by stressing that "the UAE is currently moving towards clearing its problems with everyone, and we have succeeded in this to a large extent. We need to build and strengthen partnerships, and our bet is to focus on the positive agenda and development work."

"The UAE was successful in dealing with the Russian-Ukrainian crisis, and our vision for the solution lies in the need to reach a political solution."

"The region needs more effort to get out of the repercussions of the Arab Spring crisis, and to put out the fires that were associated with it."

"The failure to reach a ceasefire agreement in Yemen is catastrophic, and an appropriate ground must be created that allows for political solutions."

“Achieving partnerships in the region is something that many countries like, including Iran, Turkey and Israel.”