Films to tell the conflict between 'urbanites' and townspeople

In his fable 'Mouse of field and mouse of city', Aesop already considered -25 centuries ago- the conflict between the urban and the rural. Then Menander and his would arrive... 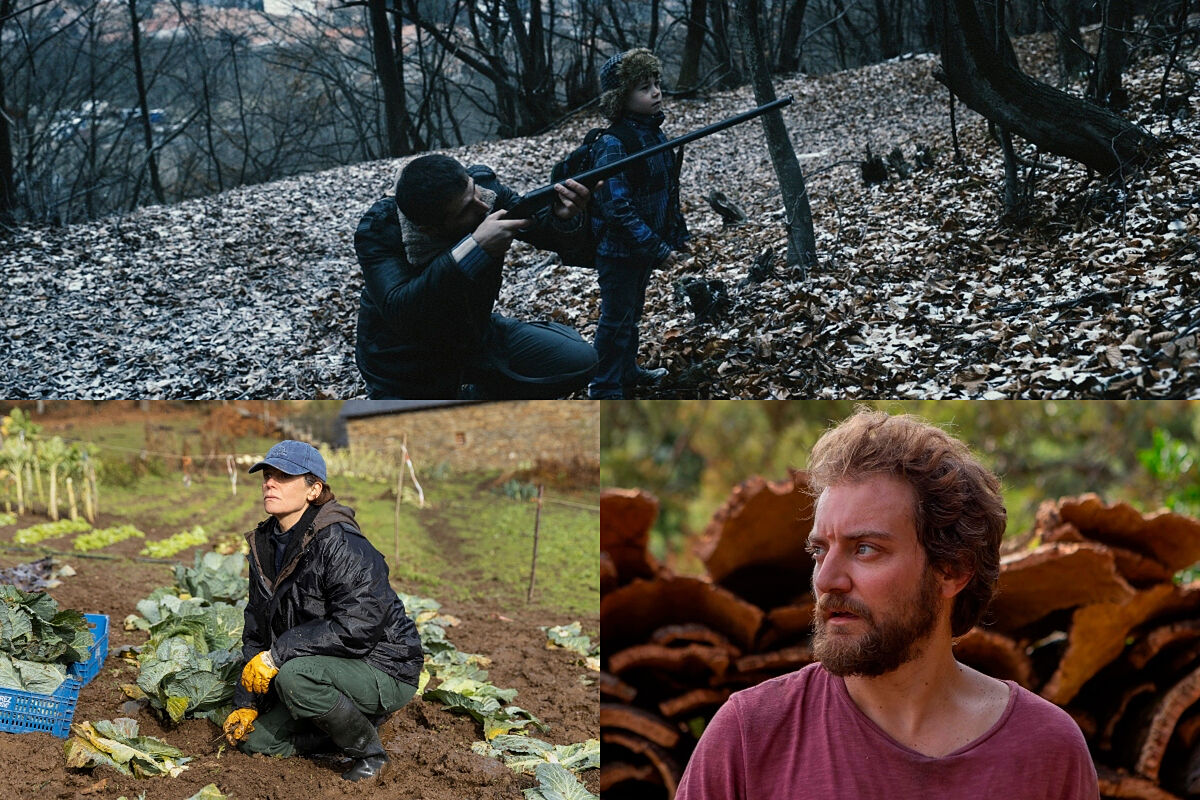 In his fable 'Country Mouse and City Mouse', Aesop already considered -25 centuries ago- the conflict between the urban and the rural.

Then came Menandro and his 'Misanthrope' -which inspired Molière-, Fray Luis de León singing to the "restful life" of those who flee from the "worldly noise" and 'Deliverance', by John Boorman.

Customs changed, peasants moved to the cities to work, and the towns emptied.

But the tensions were still there.

the pandemic brought with it a small rural exodus in reverse, with urbanites determined to found a new life away from the exhaust pipes

, as in a recent song by Carolina Durante.

But in the end, everything is like that dance that Bernardo Atxaga recounted in 'Obabakoak': those who are inside only think about escaping and those who are outside want to get in.

Nobody is happy and the conflict persists.

Whether by chance or by the 'zeitgeist', this discord between the city and the countryside has been present in the film fictions that have coincided in the last edition of

Three of the films that have attracted the most attention move in these coordinates: '

As bestas', by Rodrigo Sorogoyen

(both in the 'Pearls' section), plus

(this one, in the official competition section).

Each in its own way, the three pose a tectonic clash between apparently divorced worlds.

In the case of 'As bestas', shot between

El Bierzo and the Galician slope of Los Ancares

, it is inspired by a real case:

the murder in 2010 of a Dutch citizen of German origin, Martin Verfondern

, in the village of Santoalla, Ourense.

In the fiction, Sorogoyen and co-writer Isabel Peña place at the center of the action a couple of French teachers turned organic farmers (Marina Foïs and Denis Menochet) who are harassed by their neighbors (Luis Zahera and Diego Anido) in the Galician village where they have settled.

Mungiu, for his part, follows in the footsteps of an emigrant who first leaves his home in Transylvania to work in Germany and later returns to mend his relationship with his son, his father and his lover.

The village is located in the area where the Hungarian minority in Romania is the majority, although there are also descendants of Germans - a case similar to that of the Nobel Prize for Literature in 2009, Herta Müller-.

Together they have recently expelled the gypsies settled there.

That place, where no one wants to stay, suddenly welcomes a few Sri Lankan workers,

whose presence unleashes xenophobic sentiments in the locals.

Lastly, 'Suro' (Cork, in Catalan) is set in the north of the province of Gerona, where a couple of architects (

) end up, pregnant with their first child, after inheriting a house and land belonging to a deceased relative.

The property has a cork oak forest, whose precious product, the cork, is extracted by means of the traditional peeling.

During the process, the newcomers will clash with the natives and also with the North Africans who work in the harvest.

The referents, it has already been said, are very present, and the tension between the natives of the land and the newcomers makes one think of other films, such as '

Sorogoyen puts it this way: «Who has more right to call himself, for example, a patriot: the one who was born in a place or the one who, coming from outside, is concerned that that place comes out ahead intact?

It is a universal theme that has been mutating.

For Mikel Gurrea, the problem with his characters lies in their attitude:

There is a lot of merit in wanting to change things, but it is also necessary to learn from what has been going on for a long time.

And yes it is true that in cities we have become very disconnected from the natural world.

The director of 'Suro' agrees with his colleague Sorogoyen and downplays the alleged thematic discovery.

In Spanish cinema, he maintains, there has always been a substratum of 'agro' cinema.

"We all have a bond with the rural," he recalls.

«I had a grandmother who came from a town in deep Guipúzcoa and who had grown food all her life with her hands.

And in two generations many of us have lost that link.

Hence, for example, a common resource in cities is to humanize or personalize aspects such as the landscape:

«Nature does not stop, it runs, it is neither romantic nor violent.

, proclaims the filmmaker before that.

Thus, the protagonists of 'Suro' pour these categories into the environment and the people they meet.

what's romantic and beautiful is suddenly violent and threatening.

Far from fixing the disagreement that Aesop raised, this does nothing but separate even more.

"If we were to leave behind categories, look at ourselves a little more and be a little more communicative, we would see that beans are cooking everywhere," he says.

Hence, the cinema is especially useful to deactivate stereotypes and suspicions.

One of the cork workers from 'Suro' says so: «I am happy that the film serves so that, the next time someone opens a bottle of wine, they know that the stopper material comes from a tree, that there are some workers who work year after year extracting it and that this is something that happens in very few parts of the world, that it

is a heritage of Spain, because it happens in Catalonia, in Extremadura, in Andalusia and in a few other places ».

One of the best testimonies of the rural exodus in Spain during the 20th century is in the films produced in our country at the same time that those demographic movements were taking place.

Perhaps the most significant case is 'Surcos' (1951), the film by

that represents an island of neorealism in the Francoist film scene.

Based on a plot by Natividad Zaro and Eugenio Montes,

contributed his writing work to the success of the film.