Draghi: "Pnrr a unique opportunity for Italian credibility. Keeping the commitments made"

To date, 21 of the 55 objectives and targets set for the end of the year have already been achieved and we expect to reach 29 by the end of the month, ”said the prime minister. "It is up to the new government to continue on the path" 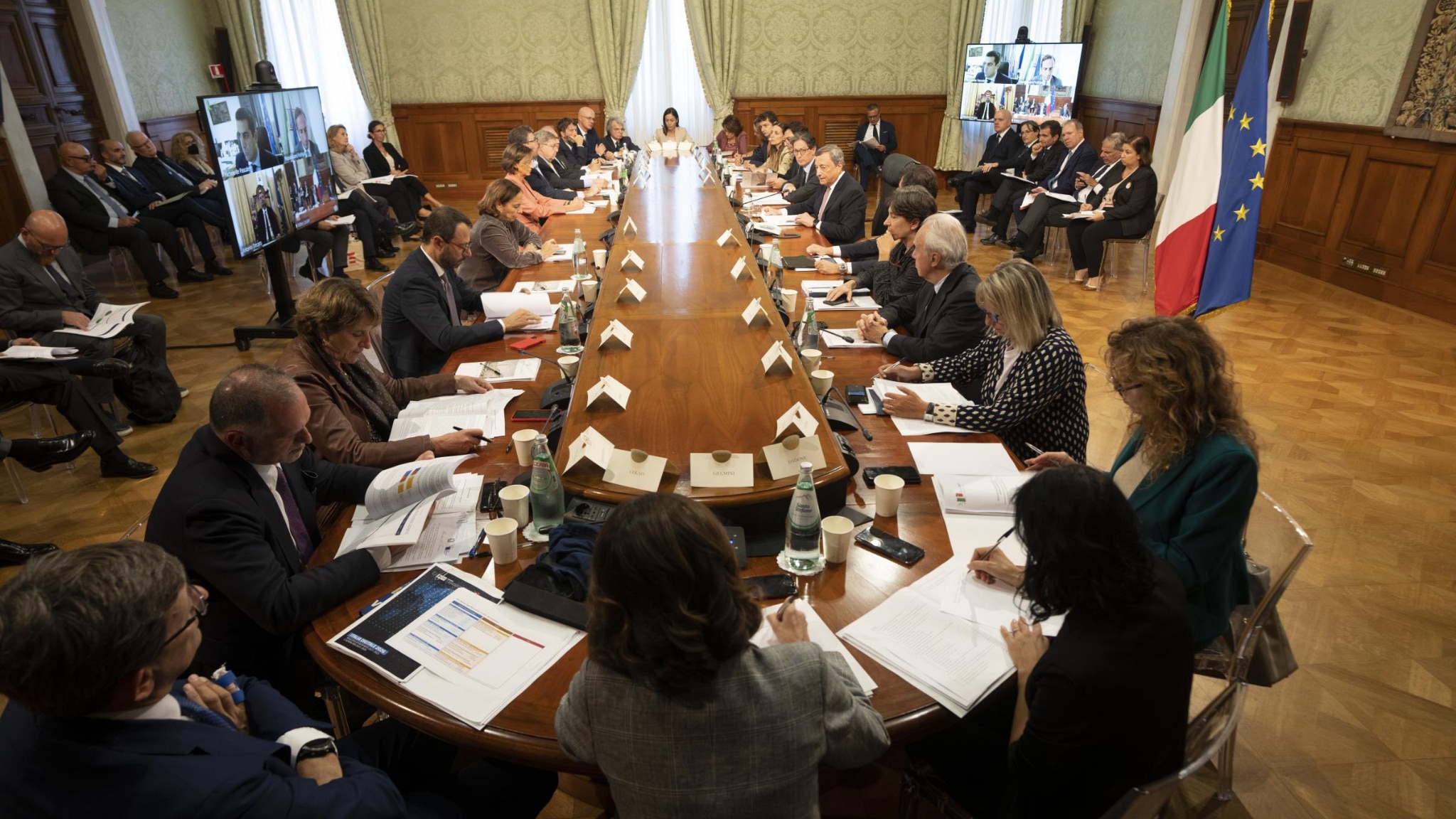 "The PNRR is a unique opportunity for the relaunch of Italy, for overcoming the territorial, gender and generational inequalities that weigh on the country. Its full implementation is fundamental for our credibility towards citizens and international partners. We must maintain the commitments made and, to do so, everyone's support is needed ".

Thus Prime Minister Mario Draghi during the control room on the PNRR held in the afternoon at Palazzo Chigi.

There are no delays in the implementation of the NRP

. If there were any, the European Commission would not pay the money".

It was another fundamental step underlined by the Prime Minister.

"In the Control Room last December, I asked for the maximum effort to continue to carry out the Plan. I want to thank in particular the local authorities - the Municipalities and the Regions - for the work they carry out every day alongside the central administration. your work, today we can be fully satisfied with the results achieved ".

“As for the second half of the year,

implementation is progressing faster than our original schedules

The elections and the imminent change of government required an extra effort to ensure that the new government - whatever it is - can start from a position as advanced as possible.

To date, 21 of the 55 objectives and targets set for the end of the year have already been achieved, and we expect to reach 29 by the end of the month ”, added the Prime Minister.

"Today's control room serves to take stock of the state of implementation of the Plan, and to examine the second report to Parliament. First of all, I want to thank all those who worked on this document, starting with Undersecretary Garofoli, the Technical Secretariat chaired by Dr. Chiara Goretti, by the Rationalization and Improvement of Regulation Unit, coordinated by Professor Nicola Lupo, by Minister Franco and all the technicians of the Ministry of Economy ".

"The Government has adopted all the necessary measures to favor the effective implementation of the Plan".

it is obviously up to the next government to continue the

implementation work, and I am sure it will be carried out with the same force and effectiveness".

Fi protest: surreal exclusion from the control room due to the absence of ministers

Forza Italia, without ministers in the Draghi government and therefore without even the head of delegation, protests for his absence from the control room first and from the Council of Ministers then summoned today by Prime Minister Draghi at Palazzo Chigi on Pnrr and recruitments in the PA "How is it known - affirms the outgoing group leader in the Chamber Paolo Barelli - Forza Italia, in the current government, is not represented by any head of delegation and by any minister. Palazzo Chigi, or just themselves Therefore, Forza Italia considers it surreal not to have been involved in the meeting on the PNRR, in which, in addition to Prime Minister Draghi, the ministers and delegation heads of the majority forces took part.We would like to remind you that the implementation guidelines of the NRP will also concern - if not above all - the political government of which Forza Italia will be part ".