Crashed on the ground and caused panic.. South Korea's ballistic missile launch failed in response to its North's missile

A failed ballistic missile launch has caused panic in a normally quiet South Korean city after crashing to the ground and causing a massive fire. The missile launch came in response to a successful test by North Korea on Tuesday. 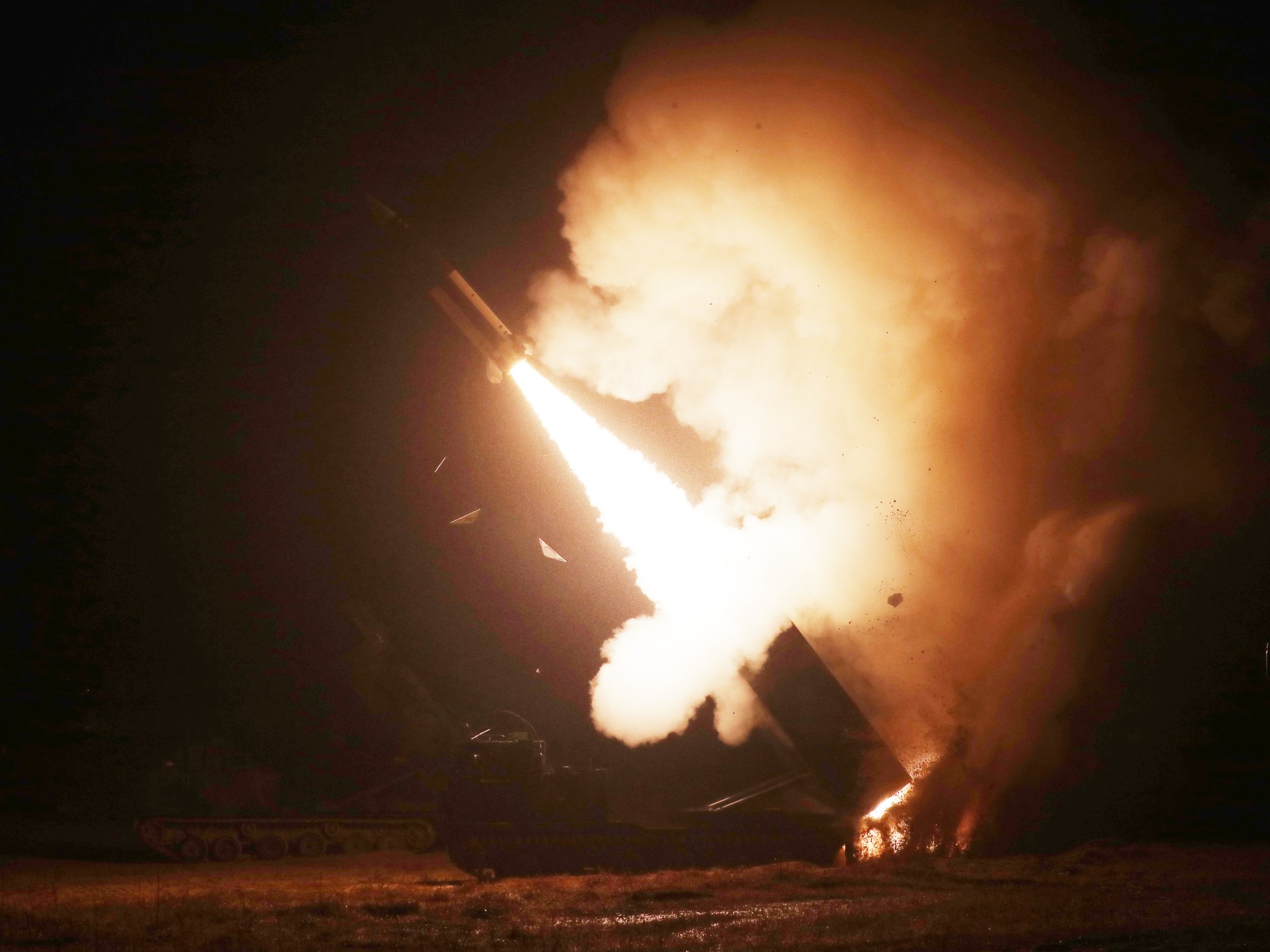 A South Korean military official said that the ballistic missile was launched early this morning, but it flew abnormally and landed on a base in the northeast of the country.

South Korean media reported that the "Hyunmoo-2" - a short-range ballistic missile - fell inside the vicinity of a base in Gangneung, a city located on the northeastern coast of the country, prompting residents to be surprised by the sound of the explosion and report the accident, according to Kyodo Agency. for news.

A South Korean military official told Yonhap news agency that the missile's propellant ignited, but its warhead did not explode.

The military said the two sides launched four surface-to-surface tactical missiles toward the Sea of ​​Japan in response to North Korea's launch of a ballistic missile that flew over Japan on Tuesday.

And in pictures spread on social media, a ball of orange flames appeared, which the network's pioneers said was spotted near the Gangneung Air Base on the east coast of the country.

"At first, we didn't know what was going on because we didn't get any warning from the army about training of this kind," she added.

Seoul and Pyongyang are still technically at war, as the Korean War (1950-1953) ended with an armistice rather than a peace treaty.

Armed clashes between the two neighbors are rare, but the fall of this missile led many residents to believe that war had broken out.

"I thought there was a war but it turned out to be a military exercise," one user wrote on Twitter, while another wrote: "Why did it take so long to confirm (that)? If there is war, we will definitely find out the next day."

South Korea's military staff said there were no reports of casualties, and they were investigating the cause of the missile's failure.

As of Wednesday morning, the main North Korean media had yet to report the launch of its southern neighbor, according to South Korean broadcaster KBS World today.

While the North Korean media usually features accompanying photo coverage of its successful missile launches the next day, it has refrained from talking about all the tests since last May, and the blackout continues with the latest launch.

The missile, which was launched by North Korea on Tuesday and flew over Japan before falling into the Pacific Ocean, caused panic in Japan, as this prompted the authorities to warn residents, and asked them to take cover, and train movements in the north of the country were temporarily suspended.

The United States had requested a public session of the UN Security Council today, Wednesday, to discuss North Korea's launch of a ballistic missile, which flew over Japan for the first time in 5 years, but China and Russia opposed the US request.

"We must limit North Korea's ability to proceed with its illicit programs to develop ballistic weapons and weapons of mass destruction," said Linda Thomas Greenfield, the US ambassador to the Security Council, in a tweet.

Britain, France, Albania, Norway and Ireland all supported the US request.