One of the key issues in the ongoing government negotiations is Sweden's aid. M and SD want to lower aid to 0.7 and 0.5 percent of gross national income, BNI, respectively. KD and L, on the other hand, want aid to remain at the same level as today. - It is usually said that aid is that you take money from poor people in rich countries and give it to rich people in poor countries, says former M member Hanif Bali in a debate on SVT's Aktuellt. 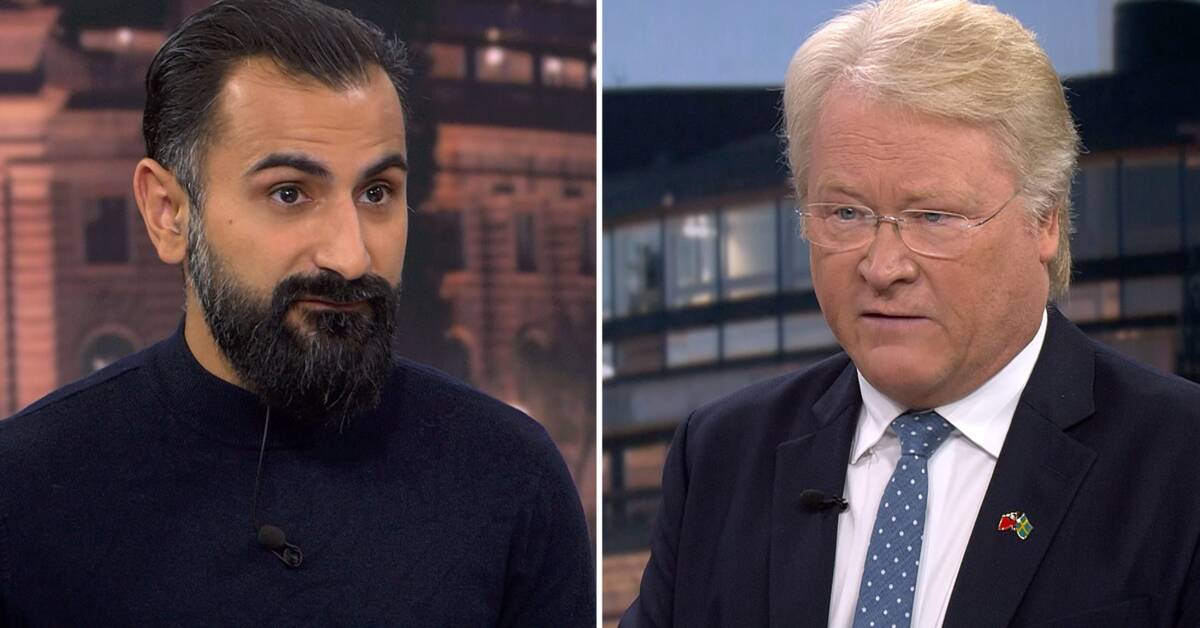 No substantive political news has so far leaked from the ongoing government negotiations, but an important issue that the right-wing majority in the Riksdag disagrees on and has to clarify is whether or not Sweden should continue to set aside 1 percent of the gross national income, GNI, for aid in the state budget.

Lars Adaktusson, whose party supports the current one percent target, says that 700 million people in the world live in poverty today.

He believes that it would be wrong to reduce Swedish aid in the current situation.

- In that situation, it goes without saying that we have to take our responsibility.

Humanity and humanity are something that add good values ​​to a society, and we must guard against that, he says.

Hanif Bali and the Moderates believe that aid should be reduced to 0.7 percent of GNI.

- They usually say that aid is taking money from poor people in rich countries and giving it to rich people in poor countries, he says.

Bali believes that a large proportion of aid does not reach the very poorest.

- We know that aid is a very bad method to use to fight poverty.

It's good for disasters, but when it comes to development aid, we know that aid doesn't work, he says.

Adaktusson agrees that the aid system has flaws.

- But why should we take from the very poorest to finance our own welfare?

We have the financial conditions to both take care of them in our country and preserve the one percent goal, he says.

Watch Adaktusson and Bali debate the issue of Sweden's aid in the clip above.