Drivers confirmed that there were seven major and repeated mistakes that led to their arrest by radar, and the registration of speed violations against them in various emirates, although they did not intentionally violate the law or exceed the prescribed speed of the road. One of them recorded violations of 17,000 dirhams with a radar device on a street inside 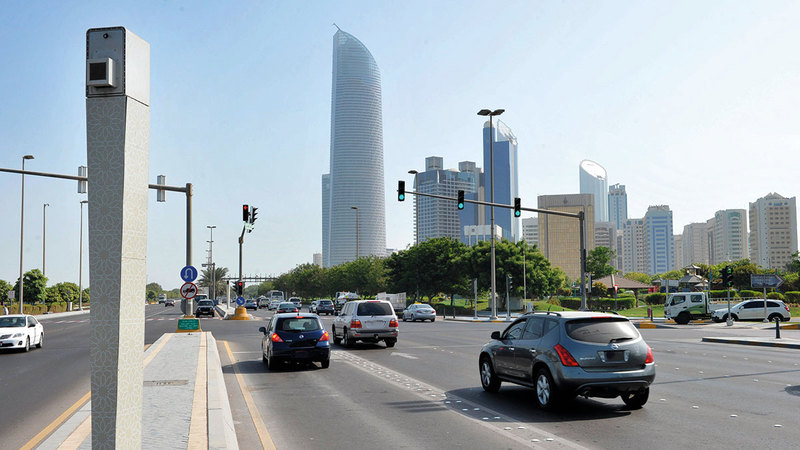 Most notably, inattention and wrong overtaking

Radar devices detect drivers who do not adhere to the specified speed.

Drivers confirmed that there were seven major and repeated mistakes that led to their arrest by radar, and speeding violations recorded against them in various emirates, although they did not intentionally violate the law or exceed the prescribed speed of the road. One of them recorded violations of 17,000 dirhams with a radar device on an internal street, because His lack of attention to the speed of the road, and he exceeded the speed by a large difference of up to 50 kilometers per hour.

They told «Emirates Today» that the first reason is not paying attention to the change in speed or its gradation from one area to another on the road, the second unintentionally speeding in an internal street whose speed is slow and monitored by radar, and the third not noticing the presence of a control device in a certain area and paying attention to the speed prescribed in it, and the fourth being busy The fifth is the loss of concentration while driving at the moment of passing the radar, the sixth is speeding to pass a vehicle with the intention of making way for another coming from behind without paying attention to the control device, and the seventh not checking periodically the record of violations.

In detail, MA, a resident of Dubai, stated that he was the victim of a single radar device that monitored him seven times, due to his lack of awareness of the speed gradient on a road he used to pass on, noting that he believed that the road speed was 100 kilometers per hour and the radar was set at 120 kilometers. per hour, but he discovered after several months that the speed drops to 80 kilometers, and the setting is 100 kilometers on a part of the street.

While (A.S.) stated that he made a mistake unintentionally, which is not paying attention while driving in an internal street whose speed is slow, unaware of the presence of a radar device, so he was seized several times within a short period, and the fine prescribed for some violations exceeded 1000 dirhams, for speeding by more than 50 kilometers per hour, pointing out that the total violations recorded against him by one radar device amounted to about 17 thousand dirhams.

(A.F.) stated that he was caught for the same reason, as he was driving his car on a street whose speed did not exceed 70 kilometers per hour, but he did not notice that, and in possession of a sports car, he exceeded the speed with one press of the gas pedal, and he happened to do so directly in front of the radar. Unfortunately for him, he pointed out that he was caught in two other internal streets in the same way.

As for (AE), two speed violations were registered against her by an old radar device that she did not notice, and she did not care about knowing the speed limit for the area it covers, noting that it was an unintended mistake, stressing that she would not repeat it.

For his part, M.T. stated that his frequent problem is mental preoccupation while driving, and he encountered this more than once while he was passing in front of a radar device, unintentionally exceeding the speed, and paying attention when the radar flash lights up in his face.

While (A.J) said that he unintentionally made a mistake, which is rushing when a vehicle approaching from behind, and the insistence of its driver to give way, pointing out that he was disturbed when he was exposed to a similar situation, and had to speed up to overtake the car on his right, so he was picked up by radar.

In addition, (S.A.) stated that it was seized more than once by one radar, but it bears some responsibility, because it avoided checking its violations record periodically, due to its constant concern about committing new violations, and it was possible to avoid repeating its seizure with this radar if it realized its location. From the first violation.

For his part, a traffic source told "Emirates Today" that speed violations are recorded with precision, because no human element interferes with them, as they are monitored by control devices, and then documented automatically, so committing them remains the responsibility of the driver himself.

He added that most of the speeding violations are committed by non-compliant drivers, because the guiding signs are scattered in a thoughtful manner, and explain to everyone the road speeds that are determined by experts who are fully aware of the condition of each street, and the appropriate speed for it, whether it is an open highway or an internal street.

He pointed out that some drivers have reservations about the presence of radar devices on internal roads, but the presence of control devices in these streets is no less important than open roads, because they often link residential areas or others with a high density, and their security condition must be controlled taking into account the safety of their users.

He explained that there are undoubtedly unintentional violations, for various reasons, including lack of focus or attention to the speed of the road, but the most important thing is to avoid repeating these mistakes, so that the vehicle is not subject to the violation on the one hand, and in order to preserve the safety of its driver or passengers on the other hand, Because focus is one of the pillars of safe driving in general.

A driver commits violations of 17 thousand dirhams, which were detected by a single radar.