Hemaya International Center in the General Department of Narcotics Control in Dubai Police continued to raise awareness of the dangers of drug abuse and its harm to the individual and society, within the framework of the "Protect Yourself" campaign that continues throughout the year. The center stated that the campaign aims, in part, to introduce Article 89 of the law. 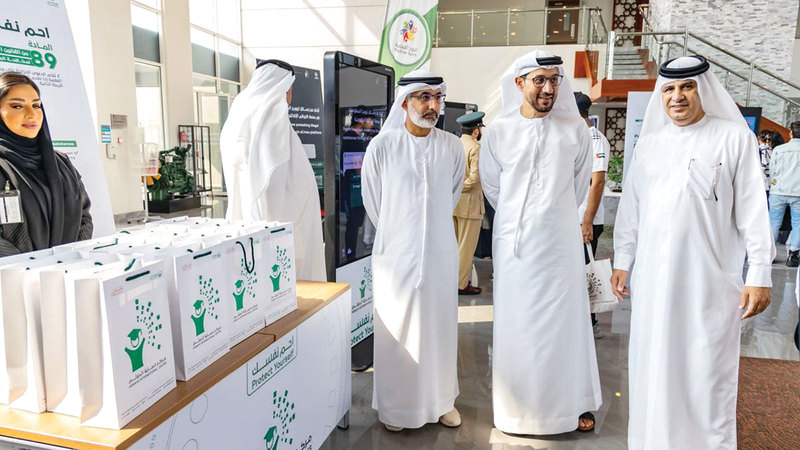 Hemaya International promotes students’ awareness of the dangers of addiction

À from the source

Hemaya International Center in the General Department of Narcotics Control in Dubai Police continued to raise awareness of the dangers of drug abuse and its harm to the individual and society, as part of the "Protect Yourself" campaign that continues throughout the year.

The center stated that the campaign aims, in part, to introduce Article 89 of the new anti-drug law, which included legal requirements that exempt the abuser from accountability or punishment, as it stipulates that no criminal action shall be instituted against users of narcotic drugs or psychotropic substances, if the abuser submits spontaneously. Himself, his wife, one of his relatives up to the second degree, or someone who raises him to the unit, the Public Prosecution office, or the police before his arrest, or before a warrant for his arrest is issued, requesting that he be deposited for treatment with the unit, and he is deposited with the unit until the unit decides to expel him.

In cases where the deposit is at the request of a non-user, the depositing authority must obtain the approval of the Public Prosecution when depositing him or removing him from the unit, and the Public Prosecution orders his deposit when it is proven that he has used narcotics or psychotropic substances. In all cases, the treatment and rehabilitation period may not exceed year.

The center launched a new initiative targeting students of the Emirates Aviation University, in the presence of the Acting Director of the General Department of Narcotics Control, Brigadier Khaled Ali bin Mowaiza, the university president, Dr. Ahmed Al-Ali, the director of Hemaya International Center, Colonel Abdullah Al-Khayat, his deputy, Colonel Dr. Abdul Rahman Sharaf, and 890 male and female students. In addition to 14 strategic partners who actively contributed to enriching the campaign.

Khalid bin Mowaiza said that the initiative aims to introduce the medical, traffic and criminal services and the various services provided by Dubai Police, in general, and to students in particular.

He added that Dubai Police seeks, through the "Protect Yourself" campaign, to enhance awareness of drug damage and its negative effects on the individual and society, especially among students and youth, as it is the most targeted group by poison dealers, so Hemaya International Center is keen to intensify awareness campaigns in universities and schools. .

For his part, Ahmed Al-Ali praised the efforts of Dubai Police in organizing educational campaigns to confront the dangers of drugs among young people, stressing that all members of society are required to unite to confront the damage caused by the spread of drugs, stressing the importance of the family's role in monitoring children and reporting any abnormal behavior that appears on them.

The Director of Hemaya International Center, Colonel Abdullah Al-Khayat, stressed the importance of the campaign in communicating awareness messages to students, noting that the Emirates Aviation University played an active role in achieving this goal, which had a significant impact on the interaction of students and their desire for Dubai Police to share its responsibility in combating this. toxins;