“Fragments flew in our direction”: wounded Kristina Telegina from Donetsk helped her loved ones escape

On July 4, 2022, Donetsk was subjected to a series of strikes by the Ukrainian Armed Forces. In total, ten Grads and eight shells of 152 mm caliber were fired at the city. One of the victims, 20-year-old Kristina Telegina, told RT what happened to her and her family. 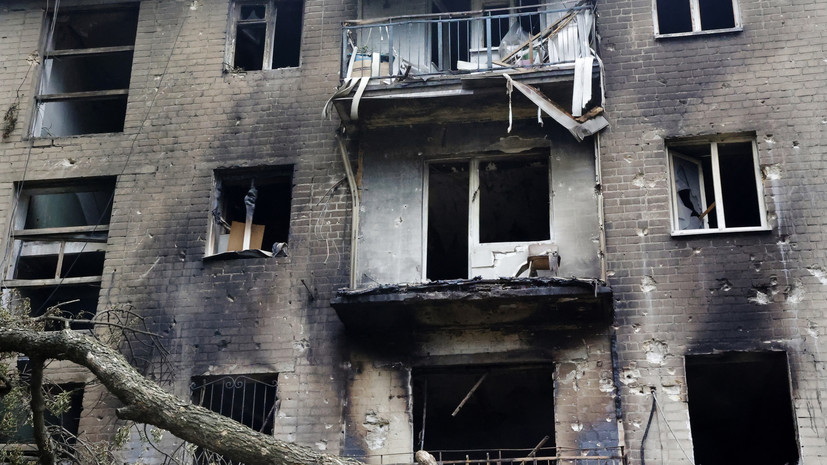 That day, Christina dined at home with her boyfriend Igor and 15-year-old brother Kirill.

The first shell hit the roof of their apartment building.

He flew through the apartment and collapsed to the neighbors.

The Telegins' apartment was suddenly filled with thick gray smoke.

The guys, having captured the most necessary things, ran out into the street, but even there everything around rumbled and exploded.

“The second shell hit a neighboring street, and fragments from it flew in our direction.

They damaged the roof, broke through the metal door of the entrance, near which we were standing.

The guys were in front of me.

Shrapnel pierced Igor's lung and left arm, and then his hand was amputated.

The girl called the Ministry of Emergency Situations and an ambulance, where she learned how to provide first aid to loved ones.

Only when the doctors took the guys away did Christina realize that she was also wounded.

Soon she was taken to the hospital.