"Trust me," Truss attempts to regain his grip on the Tories

The premier defended the tax cuts and promised that all residual ties with the EU will be "consigned to history" within the year. 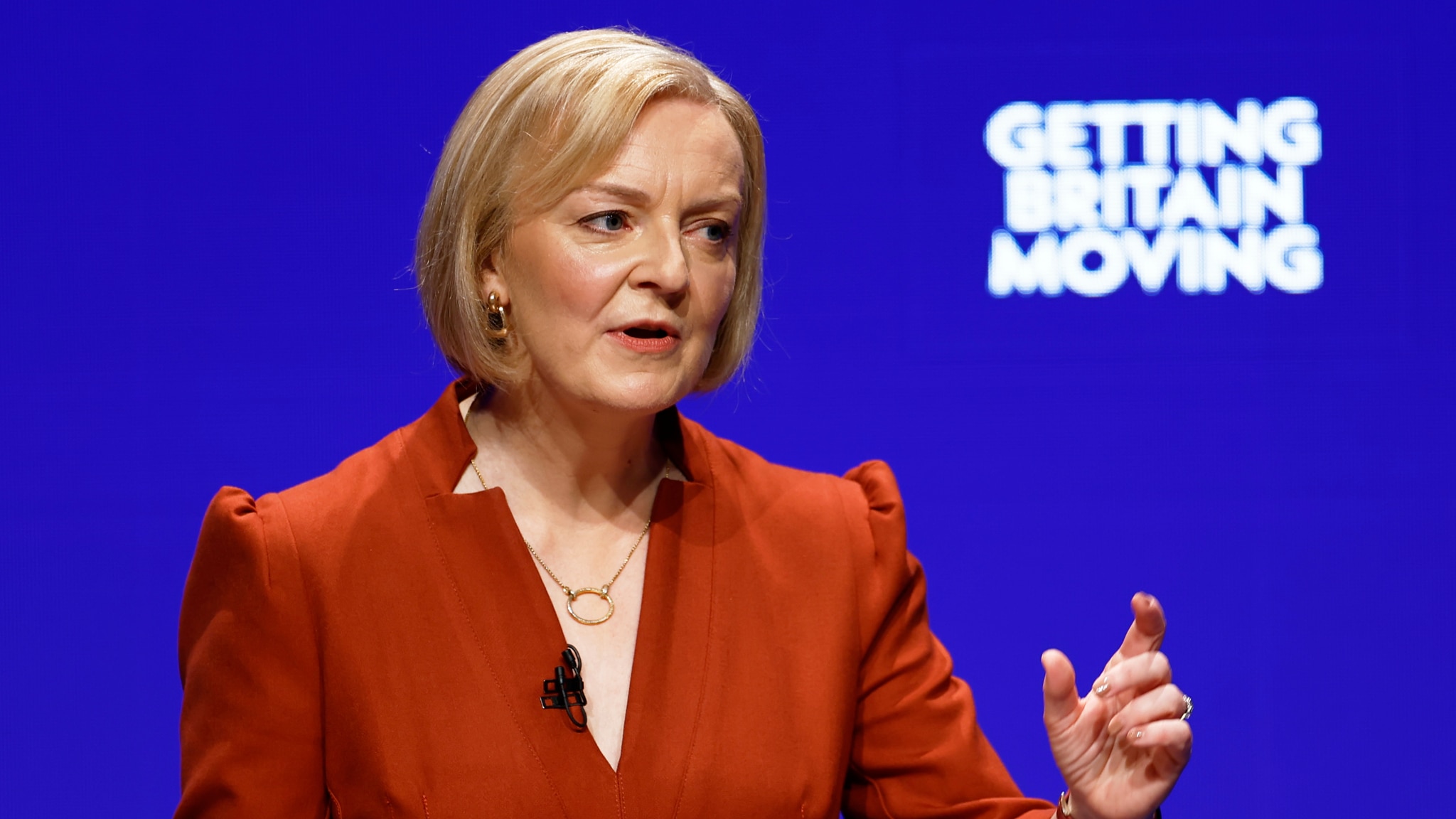 has pledged to lead the Kingdom through "stormy days" and transform its economy, trying to keep a grip on a

after a chaotic first month in office.

Addressing Conservative MPs and members at the party's annual conference in Birgmingham, Truss sought to reassure markets that her plan would restart growth and unite a divided country.

The speech was briefly interrupted by some

activists who opened a banner that read “

Who voted for this?

", who voted for all of this? The reference is to the radical direction taken by Truss compared to his predecessor Boris Johnson who won the last election in 2019.

"Later in my speech, friends, I will talk about this 'anti-growth coalition', I think the protest came a little too soon, I was expecting them later, we will get there in a few minutes", Truss immediately joked. amid the applause of the audience.

For many in attendance, Truss, who admitted she was not the best communicator, was able with today's speech to

to reestablish her control over the Tories.

"I am ready to make tough choices. You can trust me, I will do what it takes. The status quo is not an option. I have three priorities for our economy: growth, growth and growth," she said.

“We come together at a pivotal time for the UK.

These are stormy days

”, she continued, referring to the Covid-19 pandemic, the war in Ukraine and the death of Queen Elizabeth II.

“In these difficult times we have to take a step forward.

I am determined to make Britain weather the storm and put us on a path of greater strength ”.

The country "will be put back on track", he promised,

, the national health system will be relaunched, as will

, to strengthen energy independence from Russia.

One month this congress was thought of as a coronation of Truss, but everything has changed since he announced his

plan to finance a £ 45 billion

(almost € 52 billion) tax cut out of debt: the markets are gone. haywire and consensus for the party has collapsed in the polls.

The sterling on September 23, after the announcement of the Truss plan, had reached an all-time low against the dollar.

The Bank of England had had to intervene in support of the bond market so that a general economic crisis would not be triggered.

On Monday, the government gave

up the most unpopular part of the budget plan

This will save around 2 of the 45 billion of the package.

but to finance the rest, deep cuts in public spending are needed to pay the rest, according to many economists.

"Cutting taxes is the

right thing to do

, morally and economically," Truss reiterated today, adding that the scale of the challenge facing Britain is "immense".

"For too long, the political debate has been dominated by how we divide up a

. Instead, we have to grow the pie so that everyone gets a bigger slice. That's why I'm determined to take a new approach and get out. from this cycle of high taxes and low growth. "

Some lawmakers fear that Truss will decide to

at a time when millions of households are struggling with price spikes.

The premier, for her part, has claimed the decision to set a

, as a measure to support the weakest.

The presentation of the economic plan has been set for next November 23rd.

Finally, Truss assured that he will remain

"by the side of our Ukrainian friends,

for as long as necessary. Ukraine can win, it must win and it will win"