"Delaying the bloodshed": the Russian ambassador to the United States linked the supply of weapons to Kyiv with the risk of a military clash between Russia and the West

Arms supplies to Kyiv from the United States and its allies are prolonging the conflict in Ukraine and heightening the risk of a direct military clash between Russia and the West, Ambassador to Washington Anatoly Antonov said. He noted that the US decision to continue supplying weapons to Ukraine cements Washington as a participant in the conflict. Against this background, the Russian side called on the United States to abandon such provocations in order to avoid serious consequences. 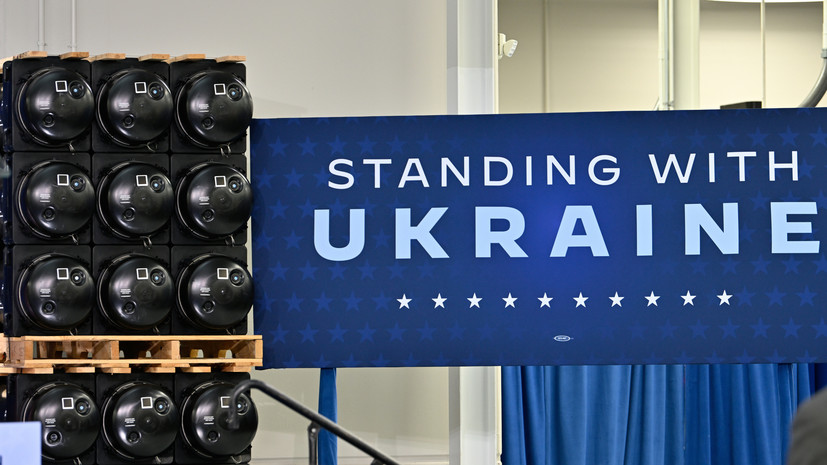 Russian Ambassador to Washington Anatoly Antonov spoke about the growing danger of a direct military clash between Russia and the West against the backdrop of continued arms supplies to Ukraine.

"The supply of military products by the United States and its allies not only entails protracted bloodshed and new casualties, but also increases the danger of a direct military clash between Russia and Western countries," the diplomat said.

According to him, Washington's decision to "continue pumping heavy weapons into the Kyiv regime" cements the United States as a participant in the conflict.

Russia, in turn, perceives this as a threat to its strategic interests, Antonov said.

“We call on Washington to stop provocative actions that can lead to the most serious consequences,” the diplomat concluded.

Recall that on October 4, US President Joe Biden announced the provision of a new tranche of $625 million to Ukraine.

Meanwhile, on Tuesday, October 4, Deputy Assistant Secretary of Defense for Russia, Ukraine and Eurasia Laura Cooper said that with the help of weapons supplied by Washington, Kyiv is able to hit most targets, including in Crimea.

The Pentagon spokeswoman also stressed that in the United States, Crimea is considered the territory of Ukraine.

The head of the DPR, Denis Pushilin, said that the positions of the allied forces in the area of ​​the city of Artyomovsk had improved.

According to him, this became possible due to the concentration of enemy forces in the Krasny Liman area.

“There are certain improvements already directly in the city of Artyomovsk.

This is also due to the fact that the enemy was forced to withdraw all his forces and reserves to the Krasnolimansk direction, and here, of course, our units use this, ”Pushilin said in a video message published on his Telegram channel.

At the same time, Pushilin said that the Krasnolimansky direction is the most "painful" for the allied forces.

“It was necessary to concentrate on building and stabilizing the line in the Kremennaya area,” the head of the DPR explained.

At the same time, he expressed confidence that, given the appearance of mobilized military personnel in the DPR, the entire territory of the republic would subsequently be liberated.

Meanwhile, the deputy head of the administration of the Kherson region, Kirill Stremousov, said earlier that the forces of the Russian Ministry of Defense, the National Guard and the Aerospace Forces stopped the advance of the Ukrainian military, and the Armed Forces of Ukraine were suffering significant losses.

“All those settlements that are captured today - I get the impression that the Nazis go there in order to take a few selfies.

The price of these selfies is hundreds of killed Ukrainians, who, along with the Nazis, along with mercenaries, remain on the battlefield on the outskirts of the Kherson region, ”RIA Novosti quoted him as saying.

Secretary of the Security Council of the Russian Federation Nikolai Patrushev, during a speech at a security meeting in Crimea, said that it is necessary to increase the level of counter-terrorism on the peninsula against the backdrop of the ongoing special military operation (SVO) in Ukraine.

Also on russian.rt.com, Patrushev announced the different approaches of the West and Russia to the situation in Ukraine

According to him, at a number of facilities in the Crimea "there is no physical security and technical means of security."

In this regard, Patrushev asked the leaders of the regions to immediately eliminate the existing shortcomings, noting that "the importance of such work is due to the high level of sabotage and terrorist threats" against the backdrop of the SVO.

As the Secretary of the Security Council noted, in Crimea "the number of crimes committed with the use of weapons, ammunition and explosives has significantly increased."

“It is necessary to bring plans to counter terrorism in line with the level of terrorist threats and increase the efficiency of the implementation of the measures provided for in them,” he said.