Hundreds of thousands of soldiers have been called up following Vladimir Putin's call for mobilization, according to the Kremlin. What the recruits' fighting morale looks like is unclear. Both in Luhansk and Kherson the Ukrainian counter-offensive is gaining ground. - Combat operations are characterized by Ukrainian successes right now, says former lieutenant colonel Jörgen Elfving. 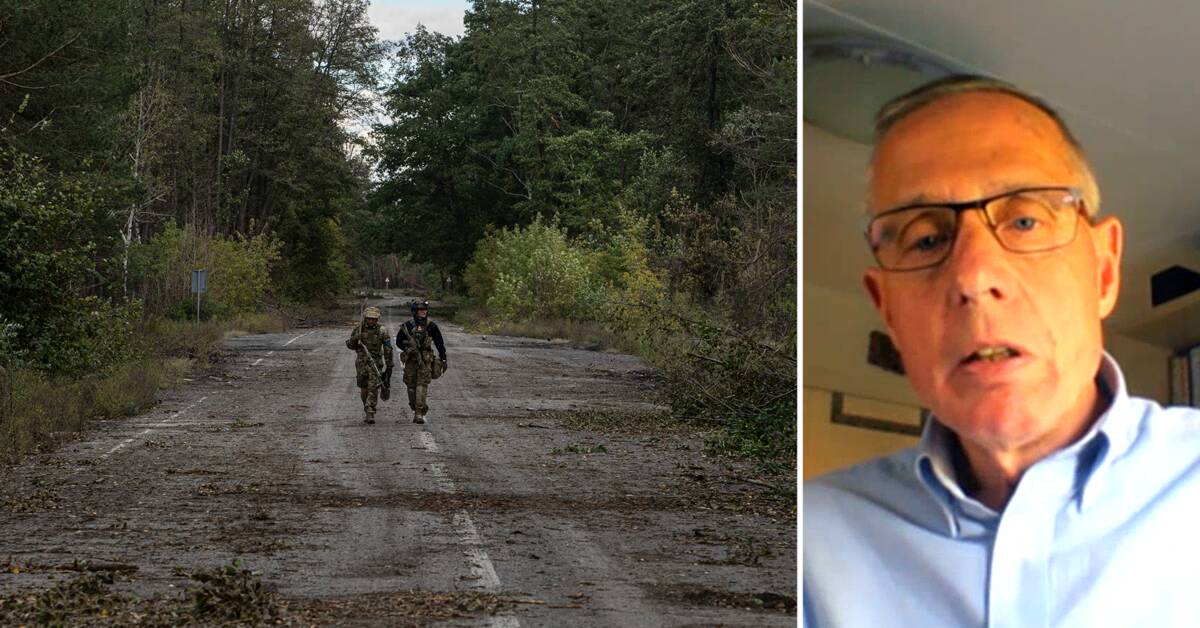 Kherson and Luhansk are, together with Donetsk and Zaporizhzhya, the four Ukrainian areas that Russia claimed on Friday – in violation of international law – that the country had annexed after the staged sham votes.

At the same time, reports from the front show a completely different narrative.

On the strategically important streets of Lyman are fallen Russian soldiers left behind after the Russian retreat, AP reports.

Ukrainian forces continue to advance and have retaken more land in regions that Russia claims to have annexed, as confirmed by the Russian-installed occupation regime in Kherson.

Further east, Ukraine is also making progress in the Russian-occupied region of Luhansk, the BBC reports.

- The fact that Ukraine is now pushing the counter-offensive in two directions means that Russian freedom of action is being limited.

- In addition, this means another "onion on the salmon" in terms of the Russian joy after the annexation of the regions, he continues.