The Times: Putin orders the movement of a nuclear military train towards the front line in Ukraine

Concerns grew about Putin's previous hints that he might resort to a nuclear escalation, after news broke yesterday that a train operated by Russia's secret nuclear squad had moved towards the border with Ukraine. 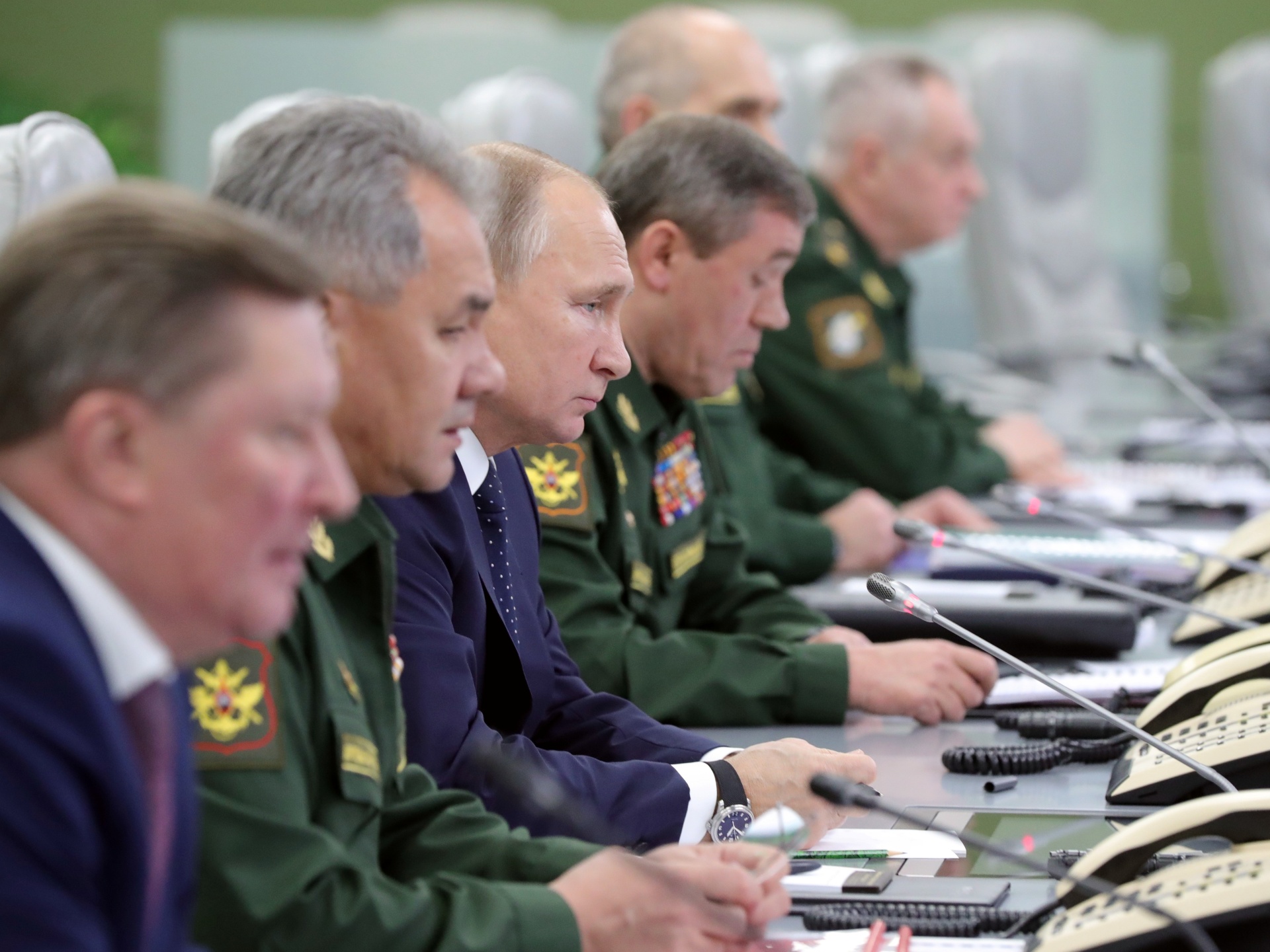 Concerns have grown over Russian President Vladimir Putin's previous hints that he might resort to a nuclear escalation, after news emerged on Monday that a train operated by Russia's secret nuclear squad had moved toward the border with Ukraine.

The British newspaper, The Times, which reported the news, said that this development coincided with other news that the North Atlantic Treaty Organization (NATO) had warned its members that Putin was preparing for action to show his willingness to use weapons of mass destruction, by During a nuclear test on the border of Ukraine.

The Times pointed out that Moscow has been revealing its intention to take a major escalation in the current war in Ukraine, with its losses on the battlefield increasing.

The newspaper quoted Poland-based defense analyst Konrad Mzyzka as saying that the train, which was spotted in central Russia, is linked to the 12th Main Directorate of the Russian Defense Ministry, and that it represents the site designated for "nuclear munitions, their storage, maintenance, transportation and delivery to units."

However, the Times quoted a high-ranking defense source as saying that the most likely move for Putin's willingness to use nuclear weapons could come from the Black Sea.

She added that this is likely among analysts, but they do not completely rule out that Putin would use a tactical nuclear weapon in Ukraine, but such an option - according to them - involves great risks, as "the Russians could make a mistake and accidentally strike a nearby Russian city." From the Ukrainian border like Belgorod,” according to the source the newspaper spoke with.

In this context as well, the Times quoted James Rogers, director of research at the British Council on Geostrategy, as saying that he does not rule out Russia's resorting to a nuclear strike on the advancing Ukrainian forces, however unlikely that may seem.

It is unclear, according to the newspaper, how the West will respond to a nuclear strike on Ukraine, but Rogers believes that NATO countries may resort to large-scale cyber attacks, in addition to strangling Russia economically and supplying Ukraine with more weapons.