Surrounding the 'Barbie Surgeon': controversial in Colombia and now denounced in Spain for malpractice

Marina González never imagined that a "simple surgery", as Carlos Ramos explained to her that it would be the mammoplasty that was performed on her, would become her worst... 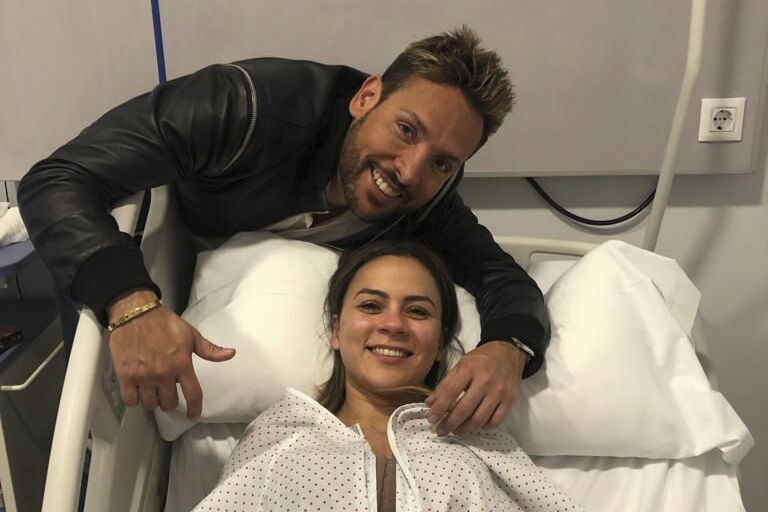 Marina González never imagined that a "simple surgery", as Carlos Ramos explained to her that the mammoplasty that was performed on her,

would become her worst nightmare and a legal battle.

Although the operation took place in January 2020 at the Fuensanta Hospital in Madrid, the complaint was filed on March 15, 2021 due to the difficulties of the pandemic (with an extension filed three weeks ago).

Although the existence of more victims in Spain is unknown,

it is not the first time that the doctor has been involved in this type of accusation.

The legal action initiated by the victim, a resident of the Canary Islands,

is also against the surgeon Norman Blanco

and was filed as a consequence of the anatomical alterations that appeared in her breasts after the aesthetic intervention: "Poor quality periareolar scars, as well as asymmetry with lateralization of the areola of the left breast", as Dr. Juan Aguiar Simancas was later able to verify, due to the poor procedure that was performed before, during and after the operation.

"Unfortunately, I was not able to go to the authorities before.

In addition, travel in a pandemic was not easy, something that was used by these doctors to delay the matter, always seeking to generate the feeling that everything was fine," says Marina.

The defendants are known to be celebrities in the world of aesthetic medicine.

On the one hand,

a Colombian national, a

guru in the sector and popularly known as

has had legal problems in several countries.

He focuses his business strategy by promoting his success on social networks, based on the surgeries he has performed on celebrities and his supposed friendship with them.

On the other hand, Norman Blanco is regularly invited to give his opinion on aesthetic medicine in different Spanish media, aware of his prestige within the circle of celebrities who have undergone his Madrid operating room.

Among those involved is also Sol Gómez,

known for working as an expert in cosmetic surgery

and for serving as an assistant to both surgeons.

Gómez was the one who served as a link between the affected and the two doctors.

The legal process against those investigated was filed for trespassing, injuries, fraud and serious professional negligence.

Blanco, who develops the profession of plastic surgeon protected by a

"supposed association issued by the ICOMZ, gave Ramos this authorization to carry out the intervention,"

In this regard, the ICOMZ has confirmed for this case that

"there is no physician registered in that Corporation with the name and surname" of Norman Blanco,

as confirmed by this newspaper.

was at the time

disqualified from practicing medicine in Colombia

In addition, he has been convicted of the death of a patient after an unauthorized cosmetic surgery in 2011. The aforementioned are not the only incidents in which he has been involved.

The complaints against him began in 2006

in his country of origin for presenting himself as a plastic surgeon, without being able to practice this medical specialty.

and for practicing without a license to do so.

the conviction for the homicide committed a decade ago in Colombia was known,

he was publicly denounced by another victim.

in Mexico, the affected woman blamed the surgeon for having caused a series of injuries to her back and buttocks.

So far, Marina's case seems to be the only one that has been presented in Spain.

"There must be many more victims, although they do not dare to denounce them out of shame at being exposed publicly," she says.

Given this, his lawyer,

Tomas Febles, encourages those who know of any cases of surgeries performed by these doctors to "report them so that they can be sanctioned."

This medium has contacted those investigated

to contrast the information and find out their point of view.

So far Blanco has replied that: "After 22 years in Spain I have nothing to hide"

and that he will send the corresponding information so that it is known who he is, although

said documentation has not been received by this newspaper.

For his part, Sol Gómez affirms that "he only works with Blanco in Spain and that he is registered in Madrid."

There has been no response from Ramos.