A few days ago, the trailer for the TV movie “The Trial of Depp/Heard,” which features the famous trial of Johnny Depp and Amber Heard, was released, making it one of the few artworks that dealt with one of the biggest celebrity cases. 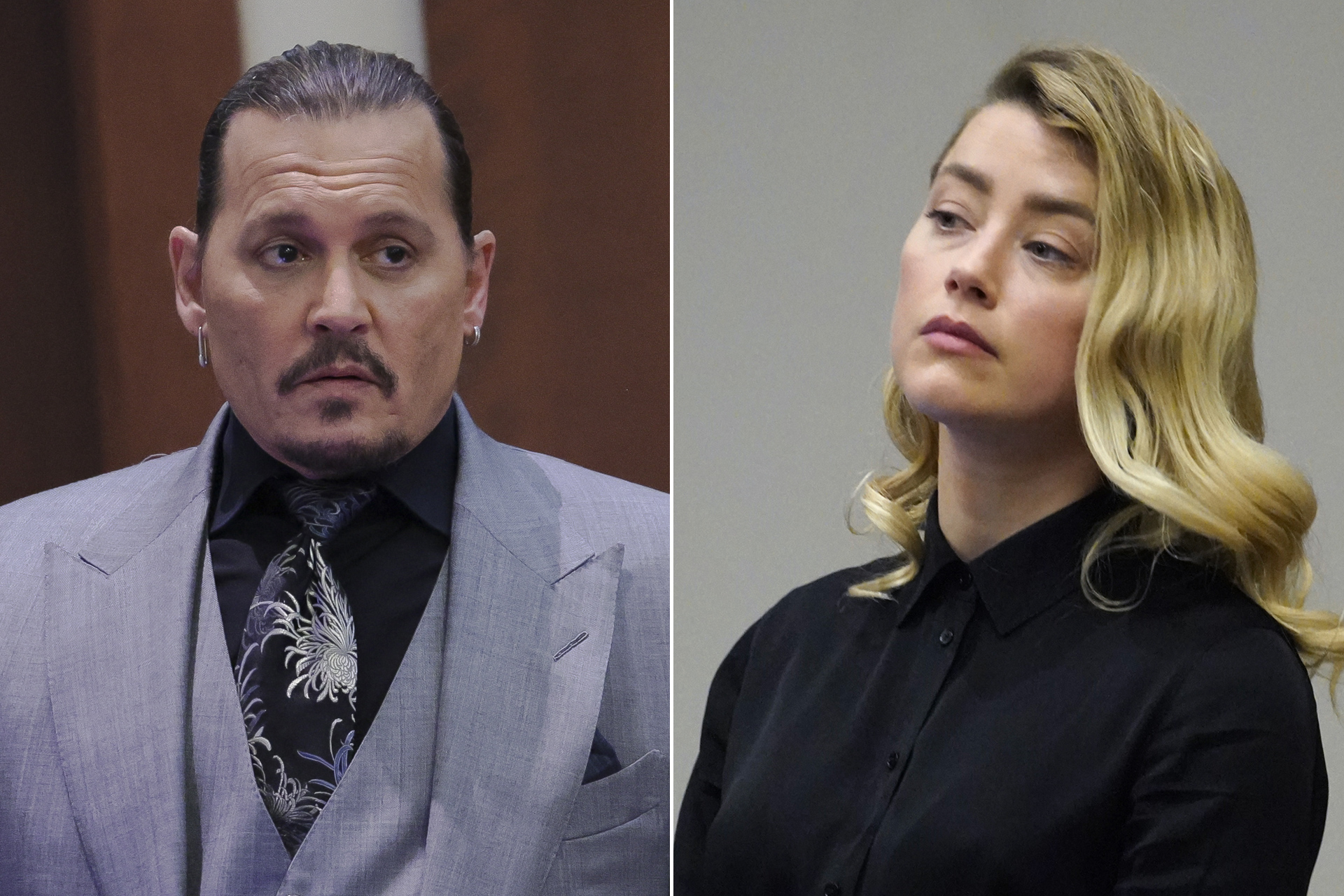 A few days ago, the trailer for the TV movie "Hot Take: The Depp/Heard Trial," which features the famous trial of Johnny Depp and Amber Heard, was released, making it one of the few films to tackle one of the biggest celebrity and defamation cases on the small screen.

That trial occupied public opinion, art lovers and those obsessed with news of artists on the one hand, in addition to lovers of this type of hot and exciting issues on the other hand, in the first half of this year, and ended with a ruling in favor of Deeb and awarding him $10 million in damages and 5 million punitive damages.

The film is available to watch exclusively on the free streaming service "Tubi", and is written by Guy Nicolucci and directed by Sarah Lohmann, and starring Megan Davis in Do Heard, and Mark Hapka as Depp, and the characters of the defense staff were assigned to Melissa Marti as Depp's lawyer, "Camel" Vasquez" and Mary Carig as Heard's attorney.

Despite the importance of the event, and the millions who followed it, but as soon as the announcement was made, the pioneers of the communication platforms were quick to express their discontent and rejection of this act.

While some justified their refusal to work because the trial took place a very short time ago and its consequences are still ongoing, and the appeal is on the way, which means that the story is not over yet, others found the film as an exploitation of a personal experience that was publicly violated enough and its events shocked many.

Proponents advocated acting as public figures, allowing for open discussion and fair monitoring of the experience, whatever it was.

Hannah Belmer, Executive Vice President Creative Creative at MarVista Entertainment, emphasized that the film is not an exploit or an attempt to delve into the biography of celebrities, but rather one of many original films related to culture and current events. Produced as part of their expanding partnership and slate of films produced in association with (Tubi) with the aim of connecting viewers with fresh social stories a must-see for any fan of pop culture or celebrity drama.

As the attack escalated, the two main protagonists decided to reveal the secret to playing those roles now, starting with Mark Hapka who addressed the viewer saying, "You have every right to be skeptical," asserting that he himself had his own personal fears and reservations about whether he should. He had to play this role or not, but the conversations he had with the filmmakers eased his confusion and answered his questions.

He said that the work, as long as it does not take the side of one person without another, does not care about the reactions, because the film will be made with or without it, and indicated that the most important thing for him is that the filmmakers are keen to find a way to balance, and to ensure that everything will remain as neutral as possible. .

Actress Davis stated that she had never seen any work starring Heard, and even the court sessions, so when she decided to audition, she had no idea what might happen.

It was just that she was upset by the vitriolic criticism leveled at Heard, and it broke her heart not to be treated by everyone as a human being who makes mistakes and gets hurt, and that is why she was excited to play the role of the character.

Once selected, Davis proceeded to view the trial with the actress's eye for detail, and made sure to listen to audio recordings of the couple's fight that gave her a deeper look into Heard's psyche and helped her become more connected to the character.

That's because "a man can never be more cruel or weak than he becomes when he argues with someone he loves."

Although she understands the objection of people who have experienced domestic violence and their discomfort with reliving the experience because of the drama on screen, Davis sees it as the drama's duty to portray the truth in the best way, even if everyone is still not sure what really happened.

Habka stressed that all participants in the work are ready to face criticism, even violent ones, especially as they are confident of giving credibility to the testimonies and the story, and their keenness not to have any kind of bias towards either side.

He said that all they care about is not expressing their personal opinion, but rather observing the reality as it is, "no matter how hateful or false it is."

It is worth noting that the movie "The Trial of Dib/Heard" is a dramatic work suitable for fans of films that take place inside the corridors of the court, or who want to watch a social and human drama.

The events revolve around a turbulent relationship between a celebrity couple whose feelings and emotions were shattered on the rock of reality, revealing the ugly face of each.

As their story became public and their careers damaged, they quickly became a fertile material for media talk and communication platforms to the point of insulting and exploiting them as entertainment, so it was necessary to put a fair end at the hands of the judiciary and not anyone else.