Ethiopia: In Mekele hospital, "we have no more insulin, diabetics are dying"

In Ethiopia, Tigray is under a humanitarian blockade and communications are cut off. The rare echoes that come from the war indicate that the fighting is extremely violent and that… 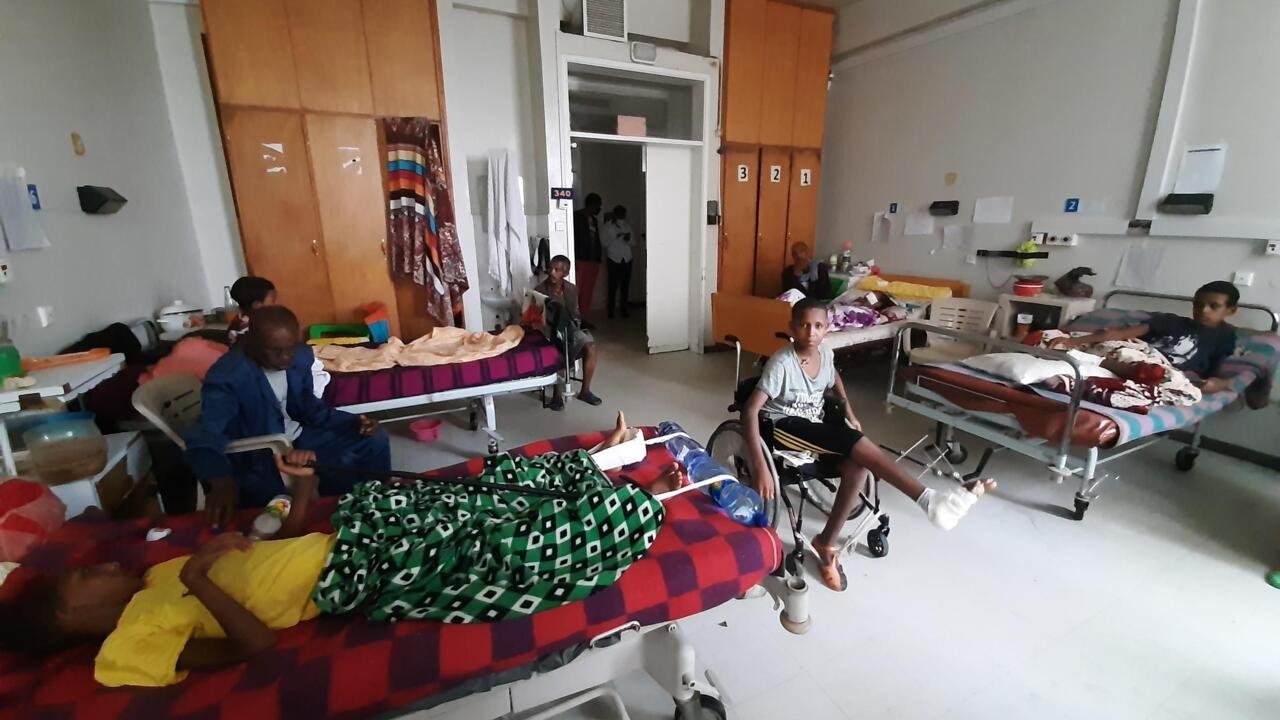 Ethiopia: In Mekele hospital, "we have no more insulin, diabetics are dying"

At Ayder Referal Hospital, one of the largest hospitals in Mekele, in the Tigray region, he receives victims of the conflict in May 2021. © Sébastien Németh / RFI

In Ethiopia, Tigray is under a humanitarian blockade and communications are cut off.

The rare echoes that come from the war indicate that the fighting is extremely violent and that the humanitarian situation there is critical, as this testimony of Doctor Fasika Amdeselassie, surgeon at the Ayder hospital in Mekele, the Tigrayan capital.

No lab worker has been able to come here in 17 months.

It's been 17 months since we've been supplied with cancer treatment,” says

Fasika Amdeselassie, who works at Ayder Hospital in Mekele.

Of course, we were able to receive fluid for IVs and antibiotics, but in negligible quantities compared to our needs.

So, to put it simply, since August we have been trying to provide care to our patients, but only partially.

No one is taking concrete action to stop this disaster

Faced with a lack of materials, medicines and staff, the hospital can no longer function properly and is even forced to refuse patients: “

We refuse a lot of them.

We tell them to go home.

To some others we even tell not to go to the hospital.

Our services are barely working.

We have been without insulin for a month.

We are starting to run out of products for dialysis.

Patients with kidney problems are going to start dying.

Our situation does not bother anyone.

Apart from us who live in Tigray, no one is taking concrete action to stop this humanitarian disaster.

As for humanitarian aid, the hospital staff eventually lost hope: “

It is not our responsibility.

For this, the federal government must allow humanitarian flights to reach Mekele.

In this context, the American special envoy Mike Hammer began Monday a new long mission in Africa to try to relaunch a peace process, three weeks after a previous unsuccessful attempt.

This mission will last fifteen days, until October 18th.

The previous one, at the beginning of September, had lasted eleven days, but it had led to nothing concrete, except for an

between Ethiopian and Tigrayan delegations in Djibouti, which had finally come to an end.

This time, as the war becomes more violent every day, Mike Hammer undertakes another journey, with new interlocutors.

He is in Kenya this Tuesday evening, where he should meet former President Uhuru Kenyatta, appointed by his successor to mediate in the Ethiopian crisis.

He will also meet foreign ambassadors and NGOs to discuss humanitarian supplies for Tigray, where the situation is critical.

He will then travel to South Africa to "

advance the mediation effort led by the African Union

He will then fly to Addis Ababa, to meet the Ethiopian federal government, of course, but also the AU and the UN, as well as humanitarian organizations.

According to the official statement, its aim is to "

" led by the African Union.

In Ethiopia, a hospital in Mekele hit in new bombardments