“Two sides are needed to negotiate”: the Kremlin appreciated Zelensky’s refusal to have a dialogue with Putin

Moscow will wait either for a change in the position of Vladimir Zelensky, or for the future president of Ukraine, who will represent the interests of the Ukrainian people, said the press secretary of the Russian leader Dmitry Peskov. Earlier, Volodymyr Zelenskyy put into effect the decision of the National Security and Defense Council on the impossibility of holding negotiations with Vladimir Putin. At the same time, on September 30, Putin called on Kyiv to “immediately cease fire and return to the negotiating table,” stressing that Moscow would not discuss the status of the DPR, LPR, Zaporozhye and Kherson regions, since the inhabitants of these regions voted for joining the Russian Federation. 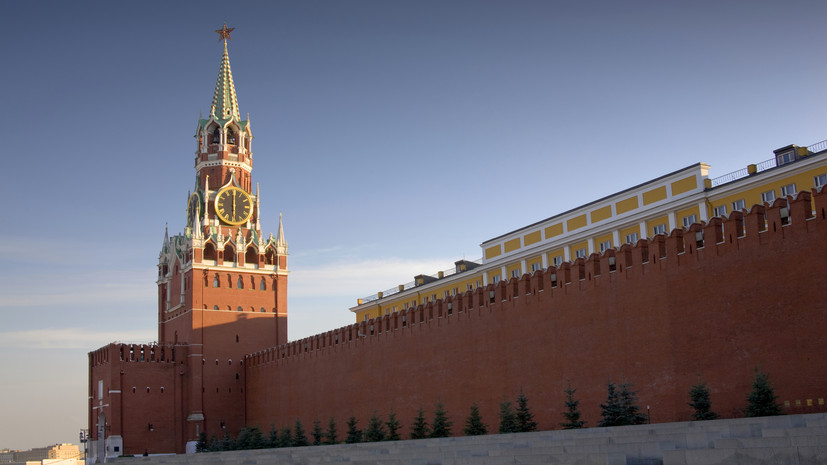 Russia will wait for a change in the position of the President of Ukraine regarding the negotiations or wait for his successor.

This was stated by the press secretary of the President of the Russian Federation Dmitry Peskov, commenting on the decision of Vladimir Zelensky to legislate the impossibility of negotiating with Vladimir Putin.

He also recalled that Russia, even before the start of a special military operation in support of Donbass, advocated that the achievement of the conditions put forward be ensured by peaceful diplomatic means.

We will now wait either for a change in the positions of the current president, or we will wait for the future president of Ukraine, who will change his positions in the interests of the Ukrainian people, ”Peskov said.

At the same time, the official representative of the Kremlin rejected the possibility of completing the NWO by concluding an agreement without the participation of Kyiv.

“No, you need two sides to negotiate,” he explained.

Earlier, Volodymyr Zelenskyy put into effect the decision of the National Security and Defense Council of Ukraine on the impossibility of holding negotiations with Vladimir Putin.

In addition, the Verkhovna Rada is recommended to expedite the adoption of relevant bills on sanctions pressure on Russia, while the government is instructed to ensure the strengthening of Ukraine's defense capability by increasing the supply of military-technical assistance.

Note that on September 30, Zelensky said that the Kyiv regime was ready for a dialogue with Moscow, but not with Putin, but “already with another president.”

This statement happened on the day when the ceremony of signing agreements on the admission of the DPR, LPR, Zaporozhye and Kherson regions into Russia was held in the Kremlin.

During the ceremony, Vladimir Putin called on Kyiv to "immediately cease fire, all hostilities, the war that he unleashed back in 2014, and return to the negotiating table."

“We are ready for this, it has been said more than once.

But we will not discuss the choice of the people in Donetsk, Luhansk, Zaporozhye and Kherson, it has been made, Russia will not betray it.

And today's Kyiv authorities should treat this free will of the people with respect and nothing else.

This is the only way to peace,” the head of state said.

On October 3, the State Duma adopted draft constitutional laws on the admission of the Donetsk and Lugansk People's Republics, Kherson and Zaporozhye regions into the Russian Federation, and also ratified the relevant international treaties.

On October 4, both packages of documents were approved by the Federation Council.

“Any confrontation ends with negotiations”

Alexei Chepa, First Deputy Chairman of the State Duma Committee on International Affairs, believes that Volodymyr Zelensky's decision was dictated by instructions from Washington regarding the negotiation process.

“Most likely, he received verbal recommendations not to conduct any negotiations yet.

Therefore, he made such a decision ... But any confrontation ends with negotiations, ”the parliamentarian explained in an interview with RT.

In turn, Sergei Tsekov, a member of the Federation Council Committee on International Affairs, believes that the actions that the head of the Kyiv regime allows himself do not correspond to the level of his position.

No wonder there is a proverb: "Never say never."

What do you mean he won't negotiate?

Well, he will not hold it, which means that another leader of Ukraine will hold it.

I think they won’t get away from this, ”said the interlocutor of RT.