“On the southwestern outskirts of Dnepropetrovsk”: Russian Aerospace Forces hit the headquarters of the air command “Vostok” of the Armed Forces of Ukraine

In Dnepropetrovsk, the headquarters of the Vostok Air Command of the Armed Forces of Ukraine was hit by a high-precision strike of the Russian Aerospace Forces, the Russian Defense Ministry said. In Zaporozhye, missile strikes hit the aircraft repair shops on the territory of the Motor Sich plant and the ammunition depot of the 65th mechanized brigade of the Armed Forces of Ukraine, as a result, more than 15 tons of ammunition were destroyed, including shells for the HIMARS MLRS, as well as two Ukrainian Mi-24 helicopters . Fighter aircraft of the Russian Aerospace Forces shot down a Su-25 and Su-24 of the Ukrainian Air Force in the air. 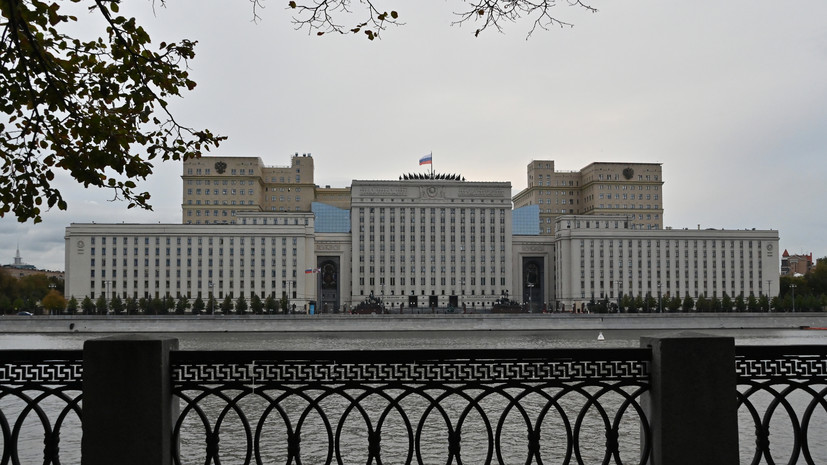 A high-precision strike by the Russian Aerospace Forces hit the headquarters of the Vostok air command of the Armed Forces of Ukraine, which was located on the southwestern outskirts of Dnepropetrovsk.

This was announced during a briefing by the official representative of the Ministry of Defense of the Russian Federation, Lieutenant-General Igor Konashenkov.

“Rocket strikes near the city of Zaporozhye hit the ammunition depot of the 65th mechanized brigade of the Armed Forces of Ukraine, as well as production workshops for the repair of aircraft on the territory of the Motor Sich plant.

In addition, up to 100 military personnel, including foreign mercenaries, were liquidated and 16 units of military equipment were destroyed in the Kupyansk direction as a result of missile strikes on the areas of concentration of units of the 14th and 92nd mechanized brigades of the Armed Forces of Ukraine.

Over 120 nationalists were liquidated in the Krasnolimansky direction, 14 armored vehicles belonging to the subdivision of the 66th mechanized brigade of the Armed Forces of Ukraine were destroyed.

In the Lisichansk direction, up to 90 servicemen were liquidated, three tanks and six armored vehicles of the 54th mechanized brigade of the Armed Forces of Ukraine were destroyed.

In the Krivorozhsky and Andreevsky directions, as a result of attacks by the Russian Aerospace Forces on units of the 24th mechanized, 17th tank and 128th mountain assault brigades of the Armed Forces of Ukraine, enemy losses amounted to nine tanks, 12 infantry fighting vehicles, 20 vehicles and up to 250 military personnel.

Also on russian.rt.com “Two sides are needed to negotiate”: the Kremlin appreciated Zelensky’s refusal to dialogue with Putin

As a result of strikes by operational-tactical and army aviation, missile forces and artillery, five depots of ammunition and rocket and artillery weapons were destroyed in the Zaporozhye and Nikolaev regions, the Buk-M1 anti-aircraft missile system in the Donetsk People's Republic and the radar of the S- 300 in the Dnepropetrovsk region.

In addition, five command posts of the Armed Forces of Ukraine were hit, as well as 43 artillery units, manpower and military equipment in 157 districts.

Fighter aircraft of the Russian Aerospace Forces shot down a Ukrainian Su-25 near Toretsk (Donetsk People's Republic) and a Su-24 near Belaya Krinitsa (Kherson region) in a day.

In the city of Energodar, Zaporozhye region, near which the Zaporozhye NPP is located, from October 4, a curfew is temporarily introduced from 20:00 to 06:00.

From October 4, for security reasons, a curfew is temporarily introduced in Energodar from 20:00 to 06:00,” Vladimir Rogov, chairman of the Zaporizhzhya movement “We are with Russia” and the branch of the Russian Historical Society of the Zaporozhye region, wrote in his Telegram channel.

During this time, residents are prohibited from moving around the city.

Employees of nuclear power plants and thermal power plants leaving their homes on duty must have an identity card and a special pass with them.

Earlier, the Director General of the Zaporozhye NPP, Igor Murashov, admitted to cooperating with the SBU.

Chairman of the Investigative Committee of Russia Alexander Bastrykin instructed to conduct a procedural check in connection with this information.

According to Vladimir Rogov, the official acted “not out of good will, but because of constant blackmail” by Energoatom.

Murashov was expelled from the Zaporozhye region to the territory controlled by the Kyiv regime "for carrying out activities aimed at discrediting the authorities of the Russian Federation."