Tragedy with 125 dead in Indonesia: criticism erupts against the police for launching tear gas in the stadium

"The police went too far": after the movement of crowds that left at least 125 dead in a soccer stadium in Indonesia, this Sunday voices are raised to... 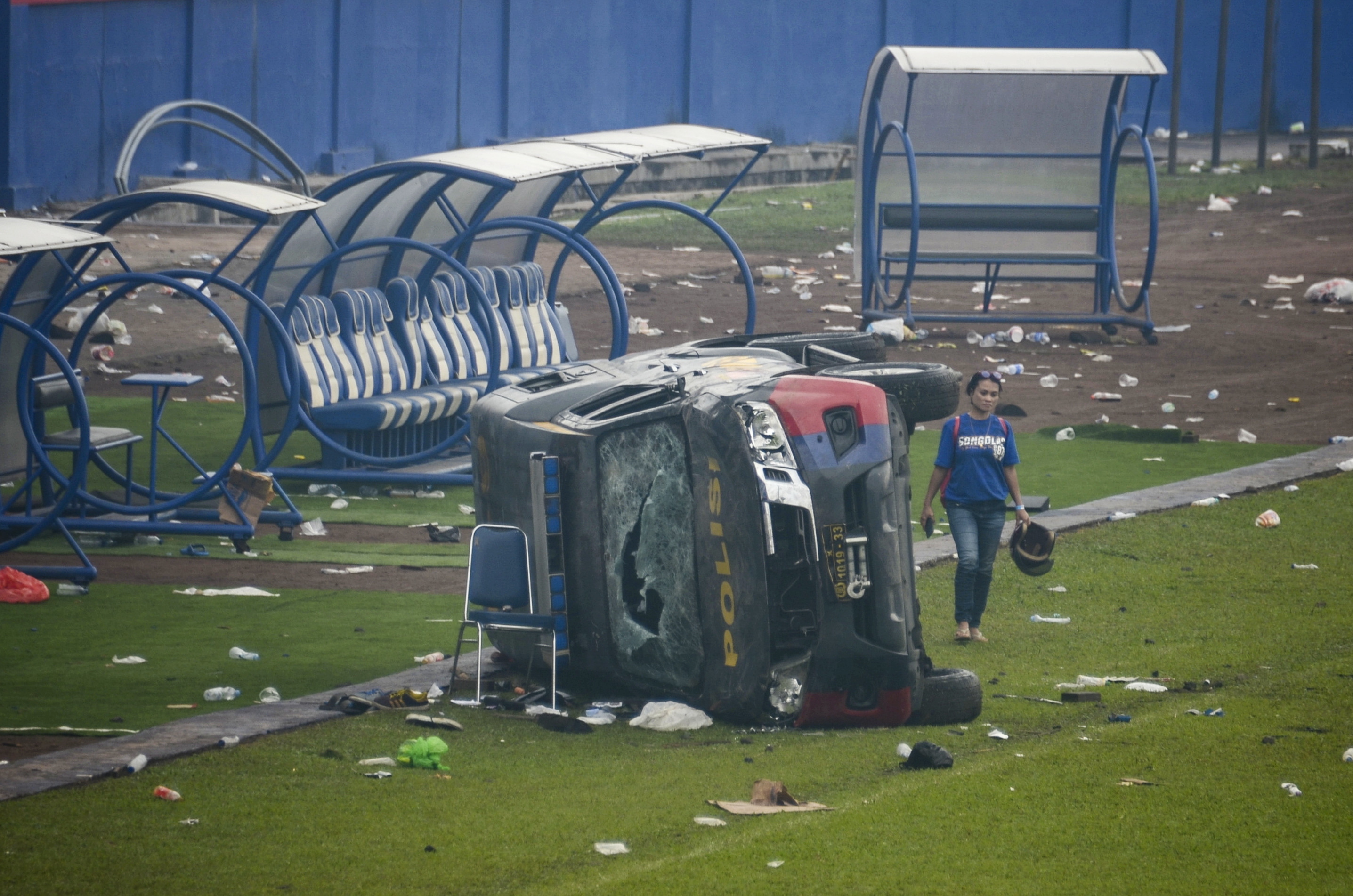 "The police went too far": after the movement of crowds that left at least 125 dead in a soccer stadium in

this Sunday voices are raised to denounce the use of tear gas by the police against the thousands of fans who They invaded the field.

This tragedy, one of the worst that occurred in a stadium, which took place on Saturday night in the city of

(east of the island of

according to the latest balance.

The incident began when fans of the local team

The stadium had a capacity of 42,000 people and

according to the authorities.

Calling the incident a "riot," police tried to persuade fans to return to the stands and

fired tear gas into the crowd

announced on Sunday night that the death toll had been revised down from 174 to 125 due to a double count: "The death toll is now 125."

124 have been identified and one has not.

Some names were registered twice," the official told

Large amounts of tear gas - "The players passed by with the victims in their arms,"

"It was like an avalanche (...), everything took on dramatic proportions because of the number of people who wanted to flee," he continued, saying that

"the police crossed the line."

"Looking at the images, perhaps (the police) could have used other methods," he continued.

trapped by the crowd as police fired tear gas grenades, while footage from inside the stadium showed a massive amount of gas and people clutching at barriers, trying to escape.

Some policemen fired tear gas and people immediately rushed in pushing each other, causing many casualties,"

a 43-year-old bystander who did not want to give his last name, told AFP, "there was nothing, there was no riot.

I don't know what happened, they suddenly sent tear gas," he said.

called for "the use of tear gas" by the police to be investigated and for those who "committed rapes" to be brought to justice.

a survivor who lost three friends, told AFP of a "terrifying, absolutely shocking" incident: "People were pushing each other (...) and many were trampled on their way out. My eyes were burning from the tear gas. Fortunately, I managed to get over a fence and survived."

some 300 football fans, including "ultras", gathered to greet spectators at the

the largest in Indonesia.

ordered "a full evaluation of football matches and security procedures" on Sunday.