California, the "green funeral" arrives: organic fertilizers from the remains of loved ones

It is the last US state to approve the practice. The Recompose company: "The remains can be used in the garden of a loved one or anywhere" 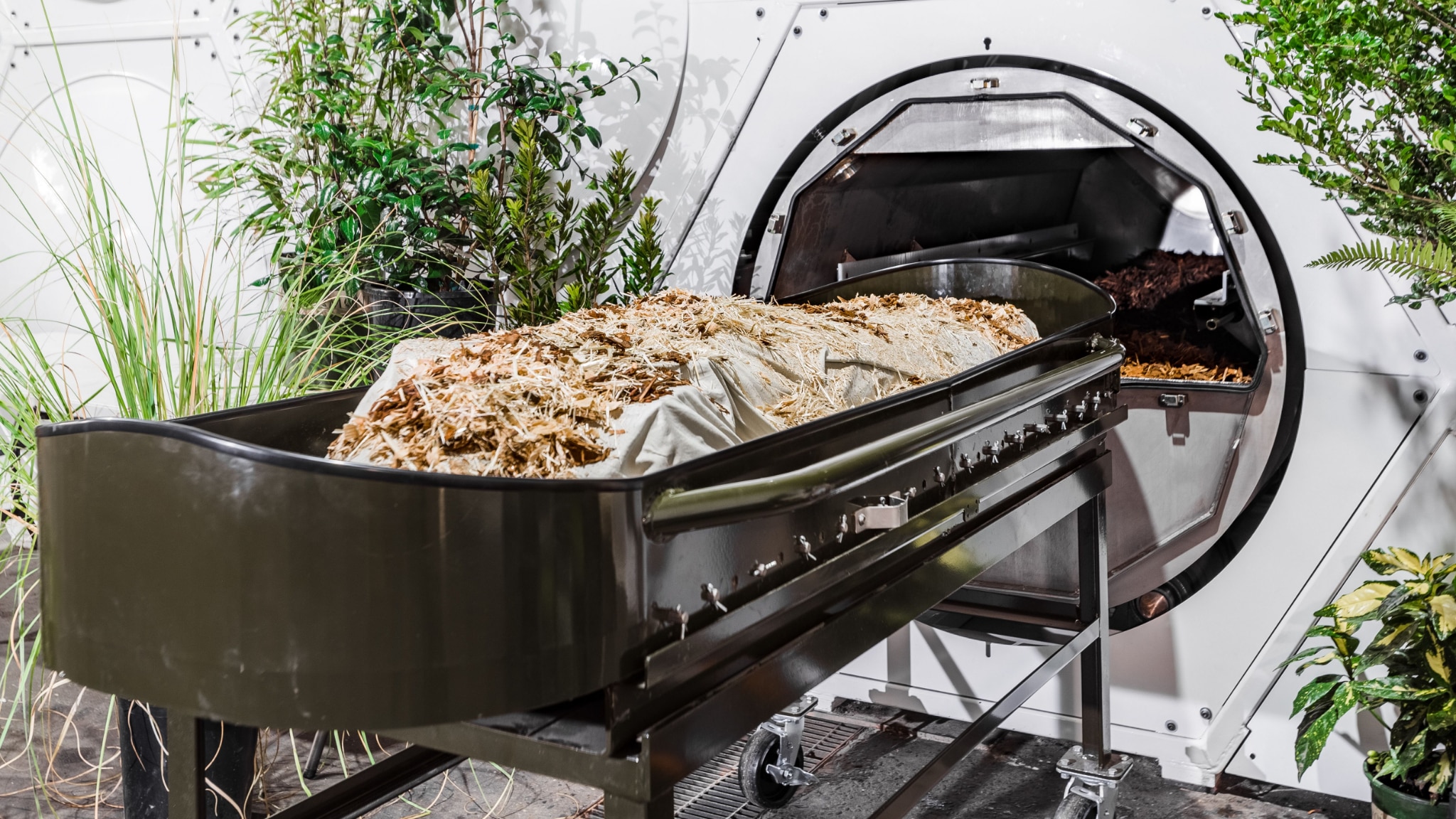 In California the governor signs the law: its residents will be allowed an "green option" after death, composting.

The process is officially called "

, which can then be returned to families or donated to conservation land," the statement explains.

The law will not go into effect until January 2027.

The governor of the state, Gavin Newsom, signed the bill on Sunday.

According to a press release by the author of the bill, deputy Cristina Garcia: "Natural organic reduction is less harmful to the environment than the other two legal options (cremation and burial):

because burial can cause products to penetrate into the ground .

Two years ago, the same measure in Washington state.

The social profile of the American company "Recompose", which is entitled: "

. The body is placed in a coffin along with wood shavings, alfalfa and straw. Within a month, the microbes work to break down the waste.

body in one cubic meter of land, which can then be used in a loved one's garden or anywhere else. "

Congresswoman Cristina Garcia called natural organic reduction "an alternative final disposal method that will not contribute to emissions into our atmosphere".