Anxious for Alessia Piperno, the Italian girl arrested on September 28 in Iran

Parents received at the Farnesina. The young woman would have entered Iran in July and would have gone to Iranian Kurdistan. According to the testimony of two Italian traveler bloggers, she wanted to return to Pakistan. Meloni: "Let's follow the case with apprehension" 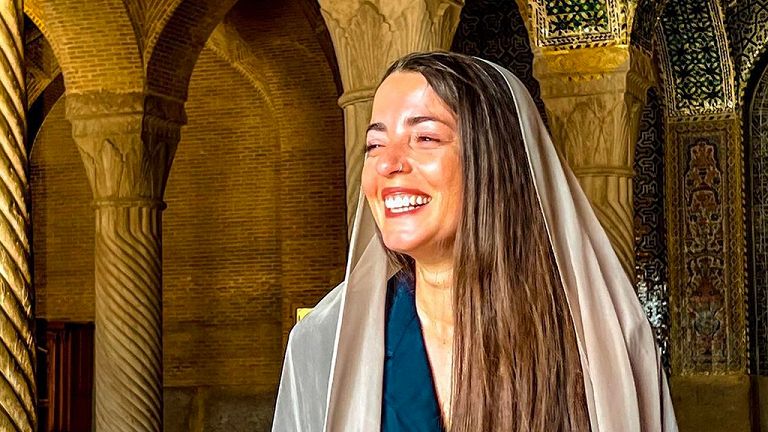 The Embassy of Italy in Tehran, in close connection with the Farnesina, is following the story of the arrest of Alessia Piperno which took place on 28 September by the Iranian police forces.

While the Representation is carrying out the necessary checks to shed light on the reasons, her parents were received today at the Farnesina by the Director General of Italians Abroad Luigi Maria Vignali.

They were reiterated the attention with which the Ministry is following the affair and ensured all necessary consular assistance in the hope that light will quickly be shed on what has happened and that the case will be resolved.

would have entered the country in July with other tourists, a Pole, a Frenchman and also another Italian.

This is what Adnkronos learns, according to which the group first visited

, in the north of the country, and then moved to Tehran.

From the capital, Piperno and his Polish and French travel companions would have moved five days ago to Iranian Kurdistan, while the Italian would have separated from the group to continue the journey to India.

they would have been arrested in connection with protests that have been going on for weeks in the country.

The arrested, reported the Ministry of Information in a note, come from

And they are accused of directly taking part in the protests or acting in the background, the services say without giving any other details.

"Alessia is a longtime traveler. She had been in

had been in Iran for two months and was planning to return to Pakistan."

This is the testimony of Paolo Trapani and her partner Angela of hers, two Italian travel bloggers who manage a travel site of her and who claim to have met her "by chance" in Iran.

"We are shocked", the two say in a video posted on YouTube in which they explain that they were alarmed after reading the news of the arrest of several foreigners in Iran, including Italians, in the context of anti-government demonstrations.

is in constant contact with the Italian embassy in Tehran, meanwhile an S&D question has been filed with the High Representative

MEPs ask if Borrell "is aware of all the names of the citizens arrested, the accusations against them and the conditions of detention and that diplomatic channels will activate in collaboration with the embassies of the EU countries concerned to request the release of

Alessia Piperno and the another 8 European citizens

”, Reads the text of the question.

"I have just heard from

director general for Italians abroad at the Farnesina, on the case of Alessia Piperno, the young woman arrested in Iran. He assured me of the utmost commitment at the highest levels. We all hope to report back as soon as possible Alessia at home ".

So the mayor of Rome, Roberto Gualtieri, on Twitter.

"The news shocked us."

Sister Paola is a teacher at the Equal Institute of San Giuseppe del Caburlotto in Rome.

You know Alessia Piperno well, who attended the European linguistic high school at the Institute and graduated in 2012. "she enrolled in the second year, she came from a difficult time", she tells ANSA her Sister Paola .

"But she gradually calmed down. She had excellent relations with her companions. I remember her as very sensitive and a bit reserved. Her answer was often a smile rather than words".

Alessia "she knew languages, she didn't always study a lot but she has always been promoted".

Sister Paola says she was struck by "this desire to travel".

often told about it

"when she came here to exchange ideas. And she told me that her daughter was in Mexico, Finland, Australia, where she found friends, worked and committed herself," says Sister Paola.

"I greatly admired her parents, who always left their daughter the freedom to go and compete."

, a city in central Iran. Alessia arrived in the hostel where I was staying and they told her that there was another Italian, she joined me in the common area she introduced herself and we spent the whole evening together. A very nice and pleasant evening, so much so that we were sorry to say goodbye ".

46 years old from Florence, psychologist president of the Profession and Solidarity Association, talks about the meeting with Alessia and continues "She is a curious girl who wants to know him, but she is not a revolutionary, she is not part of movements, she is not is politicized "