Ukraine surprises the Russians with a new front, and Germany provides Kyiv with a qualitative weapon

The Ukrainian army announced today, Sunday, that it has started advancing towards a new city in the east of the country to regain control of the so-called Triangle cities, at a time when the North Atlantic Treaty Organization (NATO) announced its position on Kyiv's request to join the alliance. 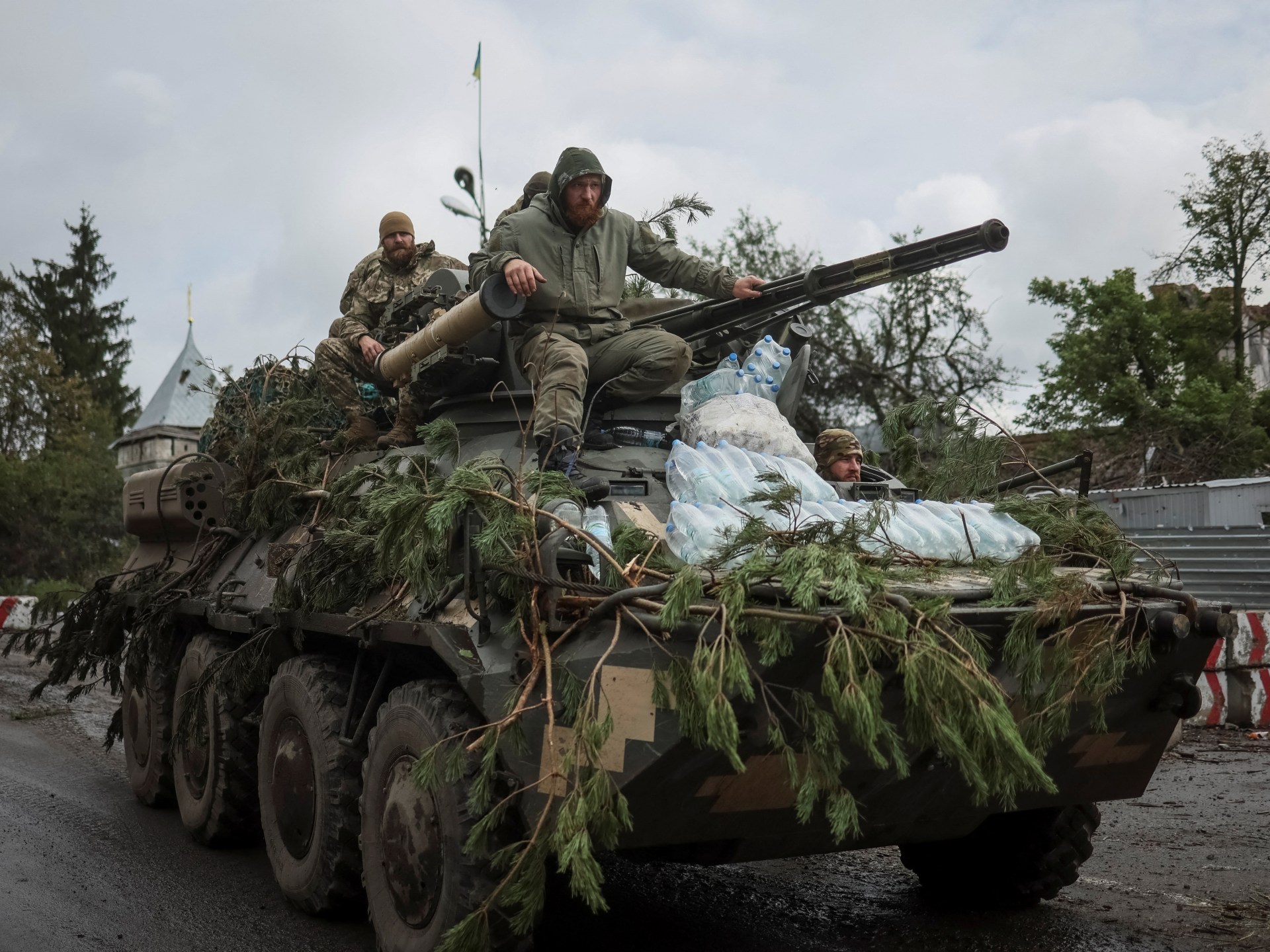 The Ukrainian army announced today, Sunday, that it has started advancing towards a new city in the east of the country to regain control of the so-called Triangle cities, at a time when the North Atlantic Treaty Organization (NATO) announced its position on Kyiv's request to join the alliance.

The head of the Lugansk regional administration, Sergei Haiday, said that it is possible that Ukrainian forces will go to retake Kremena, eastern Ukraine, from Russian forces, adding that this step will be the second after the control of Lyman, Donetsk, earlier.

After declaring full control of the strategic Lyman, Kyiv confirmed that its forces began advancing towards the city of "Kremina", with the aim of regaining control of the so-called Triangle cities, namely Severodonetsk, Leschansk, and Robyzhny, the most important cities of Lugansk Province.

Earlier, Ukrainian President Volodymyr Zelensky announced the restoration of full control of the town of Lyman, stressing that more Ukrainian flags would fly in Donbass within a week, noting that the city is of strategic importance for being an important railway intersection in eastern Ukraine.

In other field developments, the Russian Defense Ministry said that fighting broke out in the Mykolaiv region and near the town of Andreivka in the Kherson region, adding that more than 240 Ukrainian soldiers were killed and 31 tanks were destroyed.

The ministry added that it destroyed seven arms and ammunition depots for the Ukrainian forces during the bombing of the Ukrainian army positions in Kherson, Kharkiv, Zaporozhye, Donetsk and Mykolaiv.

The Russian Defense Ministry said that Ukrainian forces are trying to launch simultaneous offensive operations on the Mykolaiv, Andreev and Kryvyi Rih axes.

The websites of the pro-Russian separatist forces also published pictures, which they said were of the Russian forces while targeting the infrastructure of the Ukrainian forces in the Kherson axis.

The images show explosions of what those sites said were arms and ammunition depots belonging to the Ukrainian forces.

On the other hand, the Ukrainian Security Service announced that civilians were killed and wounded in Russian bombing of residential neighborhoods in the Mykolaiv region.

The Ukrainian police in the city documented damage to more than twenty residential buildings, and a number of government and private institutions.

Meanwhile, NATO Secretary-General Jens Stoltenberg said that any decision on Ukraine's accession to the alliance must be approved by all member states, warning that "any deliberate attack on the infrastructure of NATO member states will be met with a firm and united response."

Stoltenberg considered that the best way to respond to Russia's annexation of Ukrainian regions is to continue supporting Ukraine, noting that Russia's use of nuclear weapons will have serious consequences for Moscow.

He also described the statements of Russian President Vladimir Putin on the use of nuclear weapons as "dangerous and reckless."

German Defense Minister Christiane Lambrecht announced the supply of 16 "howitzers" of Slovak production to Ukraine next year, at a value of 92 million dollars.

On Sunday, Lambrecht told German TV channel ARD that the Zuzana guns are produced in Slovakia and financed by cooperation between Denmark, Norway and Germany.

These statements came after the German Defense Minister returned today from her first visit to Ukraine since the start of the Russian attack on Ukraine on February 24.

The Zuzana howitzer is the main product of the Slovak defense industry and is the only heavy weapons system produced in Slovakia.