Ukraine deals another political blow to the Kremlin by recovering Limán 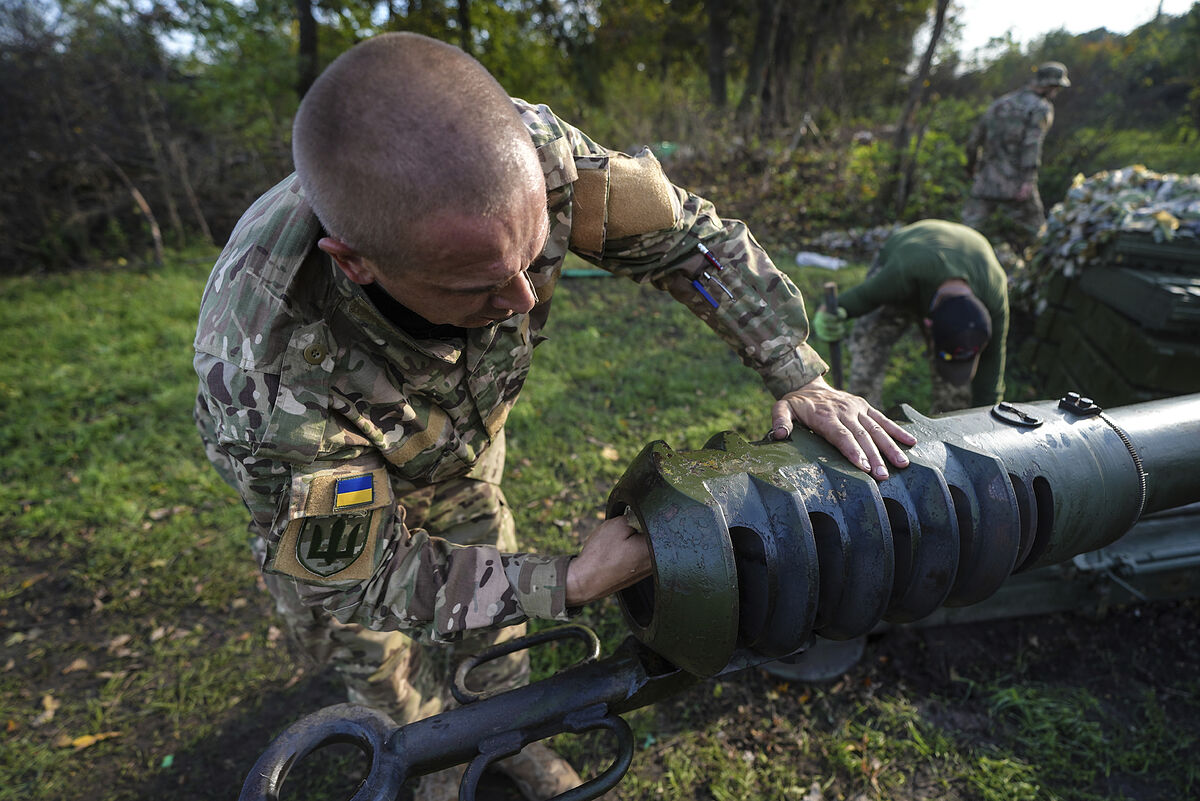 "The Ukrainian flag is already flying in Lima,"

A day later, Russian suicide drones attacked the hometown of the Ukrainian president.

The country has not stopped punishing Russian forces since the declaration of annexation of four regions.

With the capture of Liman, kyiv not only complicates the movement of enemy troops throughout its occupied territories;

it also makes it clear to the Kremlin that it rejects its policy of faits accomplis.

According to calculations by various military experts, Russia has lost nine percent of the land it annexed last Friday in just two days.

But the Russians see it differently.

In a statement with echoes of the "goodwill gesture" affirmed after its last major forced withdrawal, a Russian Defense Ministry source quoted by the Interfax agency said that "due to the threat of being surrounded, the allied [Russian] troops had withdrawn from the Limán settlement to more favorable defensive positions".

The world, faced with the danger of an atomic war in Ukraine

The world, faced with the danger of an atomic war in Ukraine

The third Chechen war is fought in Ukraine

The third Chechen war is fought in Ukraine

In other words: kyiv dealt another blow to Russian aspirations in an area of ​​Donetsk oblast bordering Luhansk, the other province that Russia claims for itself.

In the videos that were published after the news, Ukrainian soldiers could be seen throwing the Russian flags present to the ground.

This was more than a symbolic gesture.

Liman was an important crossing point for military convoys traveling to the occupied territories of southern Ukraine.

Upon losing it, his movements slow down.

In its daily briefing on the situation in Ukraine, the UK Ministry of Defense described the takeover of Liman as "a significant political setback", considering that the town is located "in a region that Russia was supposedly aiming to 'liberate' and has tried to annex illegally".

the US Secretary of Defense, Lloyd Austin, defined the action as "absolutely...significant."

Morale is high among the Ukrainian soldiers.

The opposite is happening in the Russian ranks, which are trying to recover with injections of personnel as a result of the partial mobilization declared two weeks ago.

There are no good faces in Russia.

Furious, Ramzan Kadirov, the Chechen leader who whispers to Vladimir Putin, denounced through a statement that the high Russian military echelons had "covered up" an "incompetent" general, whom he proposed to send to the front "to wash his shame with blood ".

Yevgeny Prigozhin, head of the Wagner company, added his indignation to Kadyrov's.

"Send those barefoot pieces of trash with machine guns straight to the front," he said, allegedly referring to the top brass of the Russian military.

One way or another, the defeat has smeared Friday's proclamation, which Putin and his government tried to seal with thinly veiled threats of nuclear catastrophe, should his flamboyant possessions be threatened.

"During the past week there were more Ukrainian flags in Donbas. In a week there will be even more," Zelensky said during his final address to the nation on Saturday.

Krivoy Rog, the city where the Ukrainian president was born, was the target of a suicide drone attack.

According to the local governor, Valentyn Reznichenko, the ship destroyed the top two floors of a school and started a fire.

Russia has intensified the use of drones from Iran,

which has become the Kremlin's supplier of such devices.

The Ukrainian air force has announced the shooting down, with its anti-aircraft batteries, of numerous of these devices.

They could not, however, repel an attack that took place on the same Sunday against Zaporizhia, one of the regions claimed by the Russians.

Its capital, of the same name, remains under the control of Ukraine.

Not so the nuclear power plant, whose director Russia captured on Friday.