The Egyptian pound's decline journey continues... Which is better, a sharp or a gradual decrease?

The price of the Egyptian currency fell to a record level against the dollar, due to the impact of global and local crises on the Egyptian economy, so where is the pound heading? What are the solutions to recover his health? 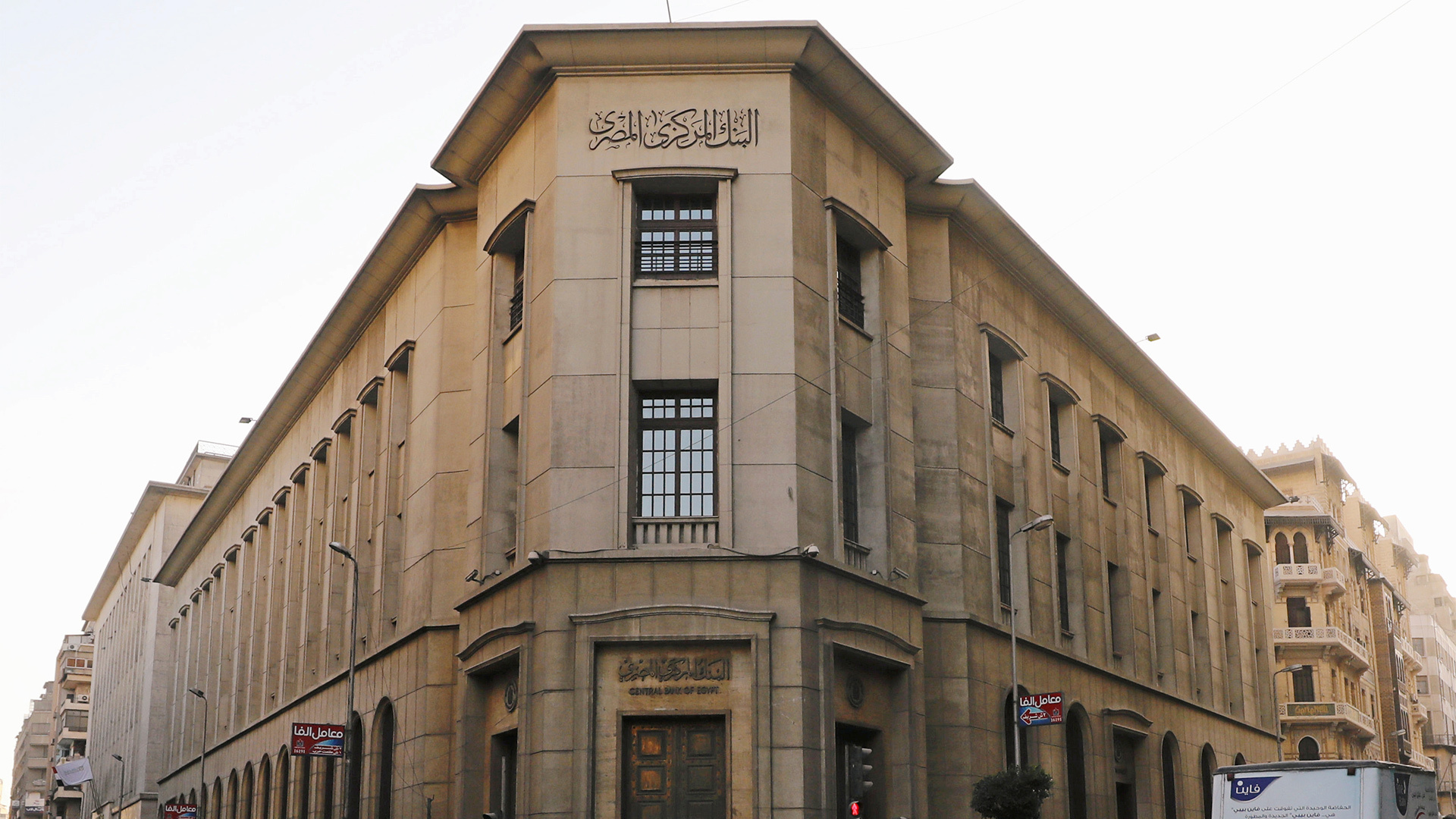 - No voice is louder than talking about the price of the dollar, which is the number one demanded in Egypt with the increase in demand, the scarcity of supply and the continued depreciation of the pound on a daily basis to new levels due to the impact of global and local crises on the Egyptian economy.

The Egyptians have been watching this decline on the intraday trading screens of the currency in local banks since last March. They also want to know the end of this continuous decline, which made it extremely difficult to lose the dollar or obtain it.

The average price of the Egyptian currency broke market and psychological barriers, reaching its lowest level ever, as it exceeded 19.60 pounds to the dollar, amid expectations of further decline in conjunction with the decline in supply, the accumulation of demand and the government’s delay in concluding a new agreement with the International Monetary Fund to put an end to the decline.

And the most common question about the fate of the Egyptian pound has become, which is better, a gradual or a sharp devaluation of the pound, and to what level the pound will be reduced, and whether it will be sufficient to achieve an abundance in the supply of the dollar, and thus stabilize the value of the pound in a known price range.

The divergence of the positions of the Central Bank of Egypt

The policies of the Central Bank of Egypt during the past months indicate that it has made gradual increases in the exchange rate, which is likely to adopt a policy of gradual devaluation of the pound rather than a sharp devaluation, without giving an indication of the final value of the local currency.

This trend comes after the Central Bank took a decision last March to suddenly reduce the value of the pound by 15%, causing the average dollar exchange rate within Egyptian banks to jump to 18.26 pounds for sale and 18.17 pounds for purchase.

International reports indicate that the Egyptian currency is “overvalued,” and a report published by the US Bloomberg Agency last August confirmed that major banks in the world already believe that this is the case, which means that there are no other options for financial policy makers in Egypt than to allow the pound to weaken. More and more, according to the report.

The report added that from the point of view of Deutsche AG and Goldman Sachs, the exchange rate of the pound is exaggerated by about 10%, while Citigroup (one of the major financial services companies) sees The pound is overvalued by 15%.

Citigroup analysts said - according to the same report - that Egypt's continued overvaluation of its currency "should displease the International Monetary Fund, which appears to be imposing stricter conditions in most illiquid markets."

A number of economists supported the sharp devaluation of the Egyptian pound, among them Hani Geneina, a lecturer at the American University in Cairo’s School of Business, who stressed that the option of a sharp devaluation of the pound exchange rate is the best and will spare the country more troubles as importers and manufacturers suffer from the scarcity of the dollar.

He added, in statements to Al-Jazeera Net, that the International Monetary Fund had presented a research in 2020 during the Corona crisis on this subject, when the parallel market for hard currency appeared in many countries of the world, and the study concluded that a sudden and rapid reduction is the most appropriate.

And regarding the negative impact of this on inflation and high prices, the economist explained that the study included that part and answered it that the markets in those countries depend on prices based on the price of foreign currency in the parallel market, and not in local banks;

So the inflationary shock will not be high.

He believed that the central bank’s policy so far is to reduce gradually, and this may be related to the delay in negotiations with the IMF on the one hand, and on the other hand, that some private and public sectors in the country cannot raise their prices immediately, such as pharmaceutical companies and others.

Geneina went on to say that the pound is more than its true value declared in local banks, indicating that its fair value ranges between 22 and 23 pounds to the dollar, but he considered that maintaining this price requires parallel measures;

So that the parallel market does not go to a lower price.

And last March, the International Monetary Fund confirmed that allowing greater flexibility in the exchange rate would have spared Egypt the accumulation of imbalances in its external balance, and facilitated the absorption of economic shocks.

In light of the current economic conditions, Egypt does not have the option to maintain the value of the pound in front of the basket of foreign currencies, and reducing its value is not a condition of the International Monetary Fund, according to previous statements by the economic expert Ibrahim Nawar to Al Jazeera Net, but rather because of the large gap in financing and the increase in the volume of foreign debts. .

The IMF called on Egypt to adopt a flexible exchange rate policy during the arduous talks taking place between them, which are expected to end within a month or two, according to Egyptian officials, without revealing the expected amount of support.

In late 2016, Egypt embarked on implementing a 3-year program described as harsh with the IMF, under which it obtained a $12 billion loan, which included a sharp devaluation of the currency, which lost more than half of its value, in addition to reducing subsidies.

But with the start of the Corona pandemic and the succession of global crises in 2020, Egypt obtained from the fund, under a credit standby agreement, $ 5.2 billion, in addition to $ 2.8 billion under the rapid financing instrument, which helped the authorities address the impact of the repercussions of Corona, according to Egyptian government data.

The financial expert at Washington Analytica in Washington, Sherif Othman, agrees with the calls for a rapid devaluation of the local Egyptian currency;

"Because a gradual reduction will make the markets lose confidence in the currency."

He expressed his belief, in his speech to Al-Jazeera Net, that the sharp reduction is the best, and even more than what is intended or expected, before the pound gradually regains its strength, which gives dealers confidence in its value.

The banking expert pointed out that the sharp reduction encourages foreign investors to enter the Egyptian market and reduces the risks of "Forex" losses (foreign exchange trading) if they think of exiting afterwards, and also makes the assets to be sold cheaper, making it easier to find a buyer.

Egypt is the 4th in the Arab world and the 18th globally.. Learn about the Arab countries that occupied the top levels of inflation among the 20 highest inflationary countries in the worldpic.twitter.com/7o4xdihDHr

The strength of the dollar - which reached its highest point in 20 years recently - made the fragile situation of the Egyptian pound difficult, as the dollar index - which measures the value of the green currency against a basket of 6 competing currencies - recorded the highest level not seen since September 2002.

The Egyptian government does not differ with the demands to depreciate the pound, but it may differ with the method of implementation, and Egyptian Planning Minister Hala El-Sayed said, in an interview with Bloomberg, earlier, that she is open to more flexible management of the currency, “We as a government agree that a flexible exchange rate is beneficial. Definitely for the economy.

The main reason that puts strong pressure on the pound and on financial and economic decision makers in Egypt is that the total external financing needs for the year 2023 amount to about $58 billion, or about 14% of the gross domestic product, according to Bank of America.