Donetsk and Luhansk People's Republics, Kherson and Zaporozhye regions will become subjects of the federation within the boundaries that existed on the day they were accepted into Russia, according to the agreements submitted to the State Duma. 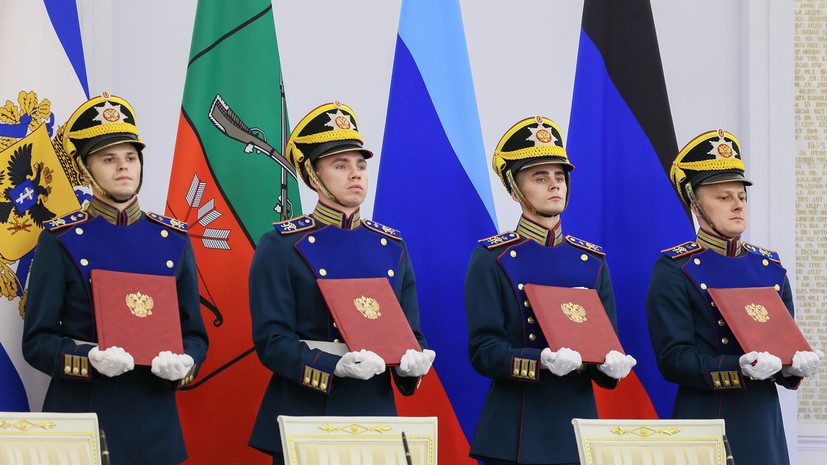 The same is written in the documents on the DPR, LPR and Kherson region.

On September 30, Putin and the heads of the Donetsk and Lugansk People's Republics, Zaporozhye and Kherson regions signed agreements on the accession of these regions to Russia.

Member of the State Duma Committee on International Affairs Dmitry Belik, in an interview with RT, commented on Putin's signing of agreements on the entry of new territories into Russia